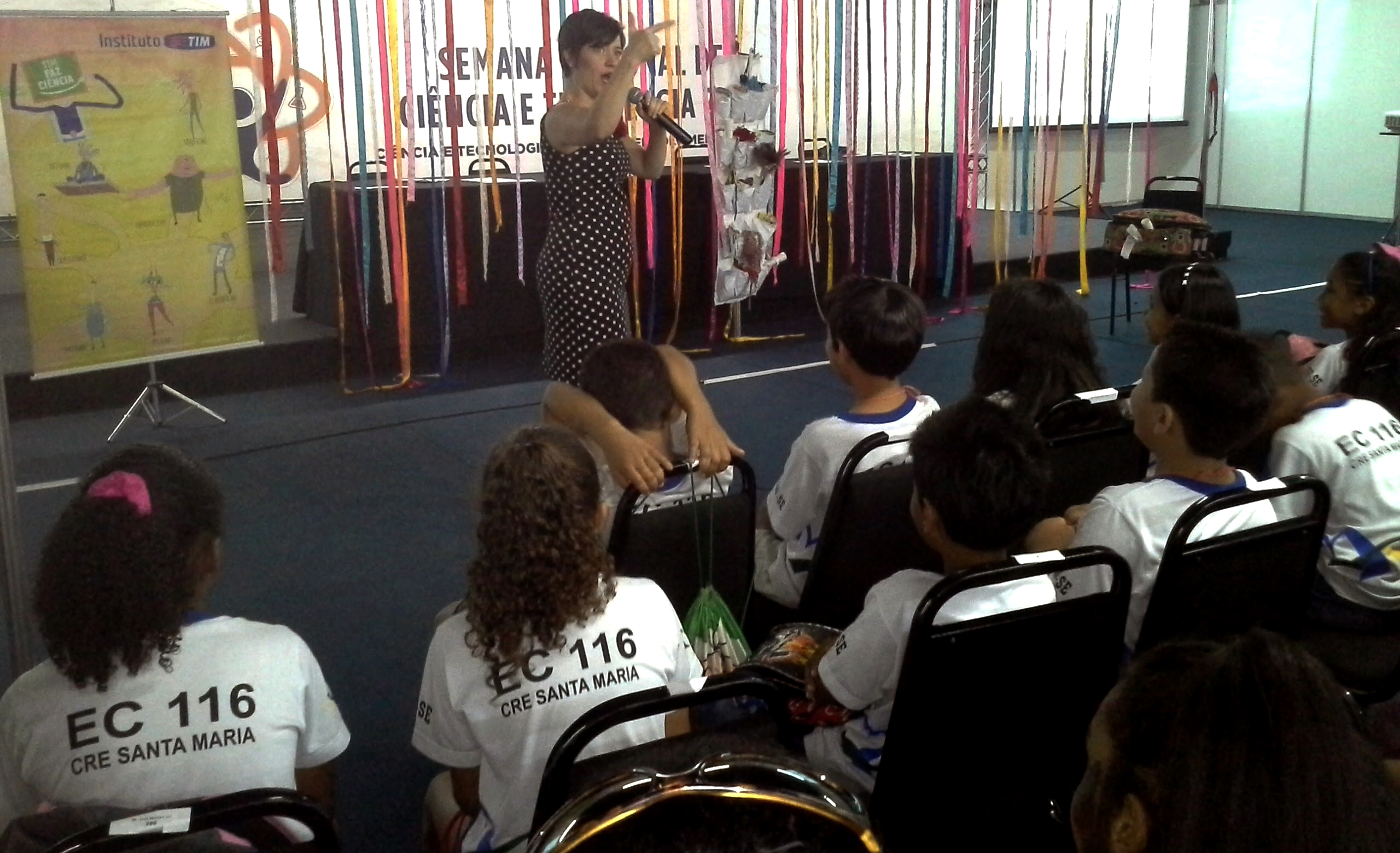 Approximately 150 students and teachers from Brasília had the chance to get to know TIM Faz Ciência during the 11th edition of the National Week of Science and Technology (SNCT), an event organized by the Ministry of Science, Technology and Innovation (MCTI), which mobilizes governments, entities and organizations across the country to promote science. The activity was held on October 16th, the third day of SNCT 2014, from 2:15pm to 3:30pm at the main auditorium of the exhibition pavilion of the City Park.

In addition to students and teachers, representatives of the Federal District Department of Education and the MCTI also attended the TIM Faz Ciência presentation. To the audience, storyteller Kiara Terra told three of the stories which are part of the teaching material of the program: “The Story of Zé, Dorotéia and the Trees” (about Observing), “Even the King!” (about Questioning) and “The Story of Gema” (about Generalizing).

It was positively welcomed by both children and adults. The teachers were interested in TIM Faz Ciência and came to talk to the program staff; children clapped hard and watched the stories till the end. The Federal District Department of Education made an enrollment form available for teachers interested in the program for them to subscribe and receive teaching materials.

In Brasília, besides the presentation of TIM Faz Ciência, 70 hours of activity, offered by 192 exhibitors during the seven days of SNCT 2014 were performed, from October 13th to 19th. According to MCTI, the 11th National Week of Science and Technology offered the public 35,000 activities in 537 cities throughout Brazil, with the participation of 560 institutions. 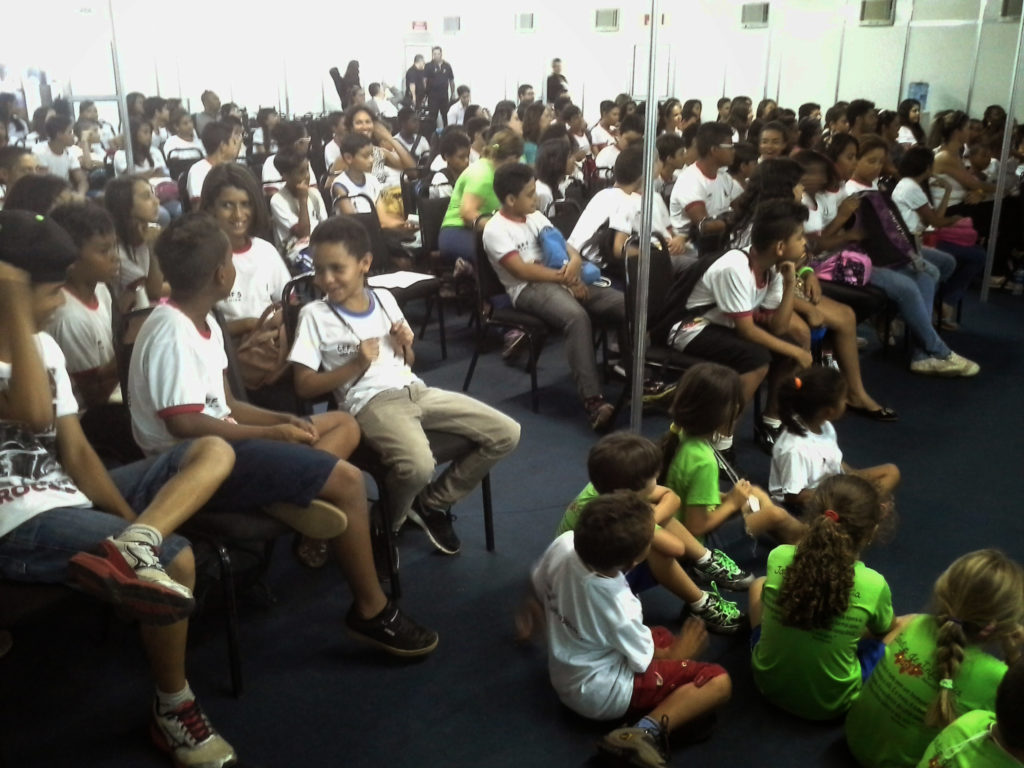