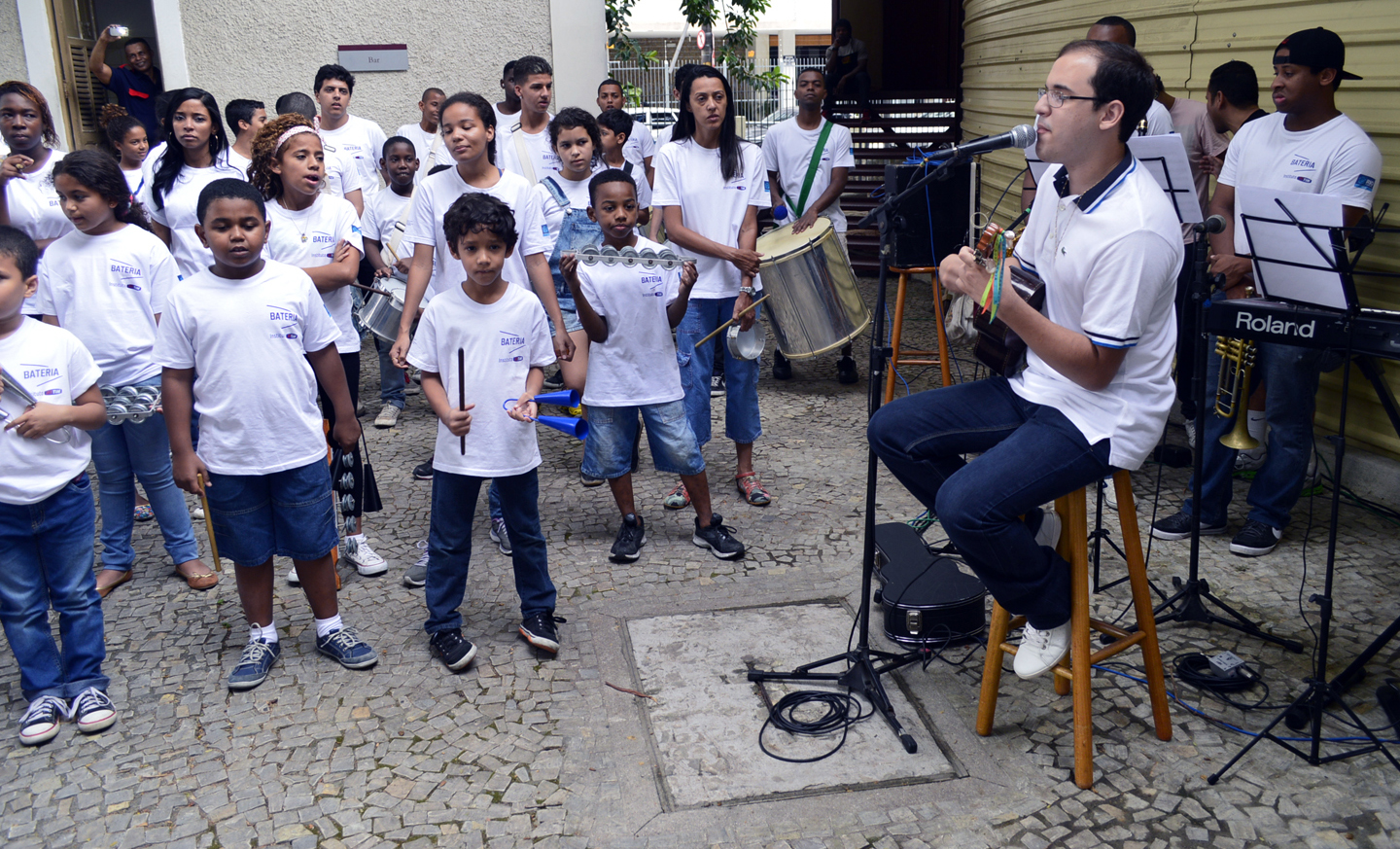 On the morning of the 25th, Bateria do Instituto TIM was visited by the singer, composer and cavaquinho player Gabrielzinho do Irajá, who took part in the group’s public performance at the garden of the Artur da Távola Municipal Reference Centre for Rio de Janeiro Music, in Rio de Janeiro. Gabrielzinho do Irajá – who is visually impaired and became famous after appearing on soap opera “América” in 2005 – also met with members of the drumming band for a chat. Approximately 100 people, including family, friends and regulars, watched the presentation.

Percussion master Mestre Mangueirinha and the youths in Bateria do Instituto TIM showed the work developed by the group between March and October of 2014. The repertoire included classic samba, baião, ciranda and maracatu hits, such as “Aquarela do Brasil” (Ary Barroso), “Ciranda da rosa vermelha” and “Morena tropicana” (Alceu Valença) and “O xote das meninas” (Luiz Gonzaga and Zé Dantas). Gabrielzinho do Irajá played songs from his second CD, called “Na Ciranda da Vida” – among them, “Chuva no Sertão” and “Tia Anastácia”. Together, Bateria do Instituto TIM and Gabrielzinho do Irajá improvised “Maracangalha” (Dorival Caymmi) and “Deixa a vida me levar” (Serginho Meriti and Eri do Cais), among other songs that Gabrielzinho played on the cavaquinho.

In addition to the drum percussionists of Bateria do Instituto TIM (around 40 children and youths from 6 to 18 years old) and percussion master Mestre Mangueirinha, also took part in the performance six monitors, one sign-language interpreter and the guest musicians trio formed by Henrique Machado (tenor saxophone), Eliel Santos (trumpet) and Phillipe Domingues (keyboard). 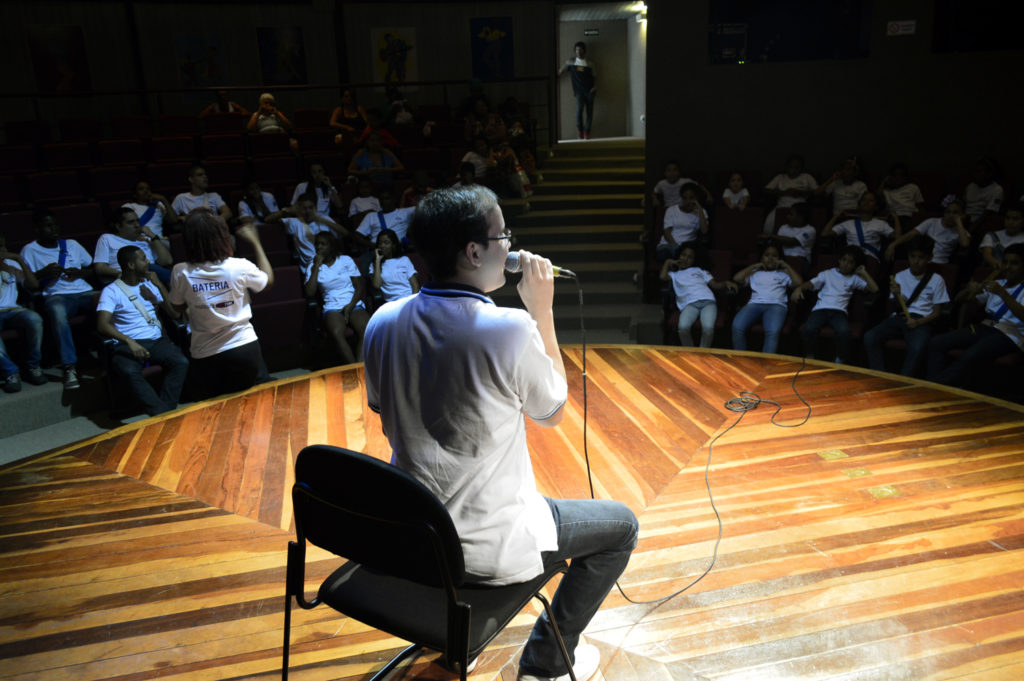 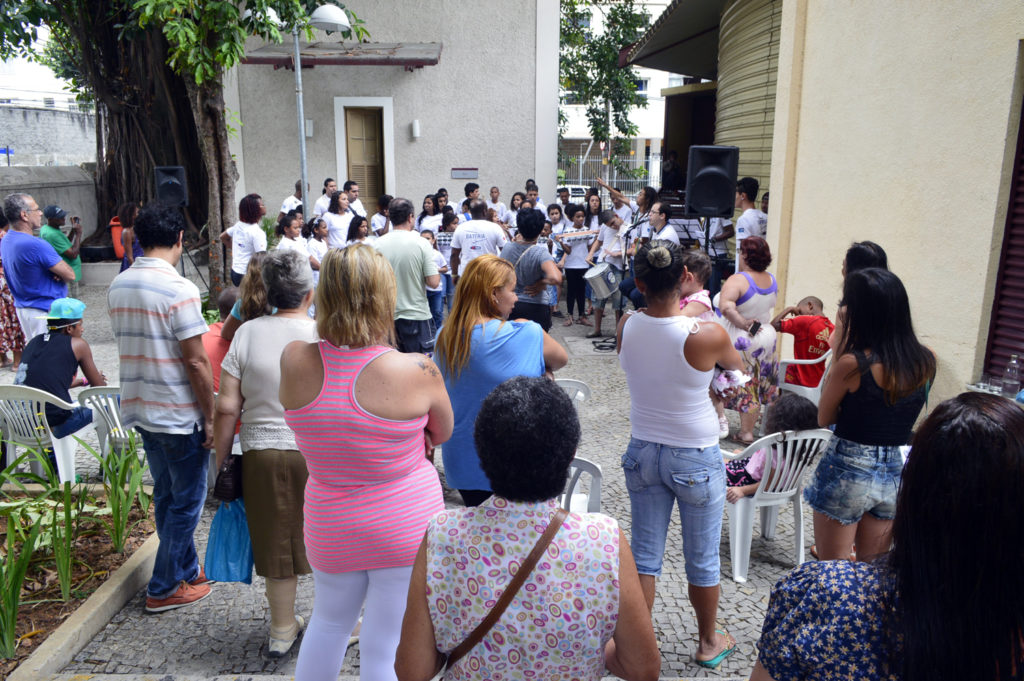