TFC in Santo André is celebrated

The 3rd teachers training meeting of TIM Faz Ciência in Santo André-SP, held on August 10th at the Clarice Lispector Teacher Training Center, was marked by the celebration of the partnership between the program and the municipality. This year, TIM Faz Ciência was officially adopted as a project of the municipal education system by all 4th grade classes. The mayor of Santo André, Carlos Grana, the municipal secretary of Education, Gilmar Silvério, anbd the president of Instituto TIM, Manoel Horacio, talked about the importance of this partnership to the more than 300 educators present, including teachers participating in TFC and members of the management team of municipal schools.

“We tried the partnership in 2014 and, if we renewed it this year, this is a sign that we like it. I’m proud of this union and what it may represent in the future for us,” said the mayor. This year, 252 teachers and 5,000 students from 45 schools in Santo André take part in the program. “We do not want our teachers to be only transmitters of knowledge, but that they encourage children to investigate,” said the secretary of Education.

The president of Instituto TIM recalled that Santo André was one of the first cities to engage in the program in 2014. “We are pleased that one of the winners of the TIM Faz Ciência Award last year was a teacher from here,” commented Manoel Horacio, referring to teacher Samuel Ricardo Dias Macedo, who took part in TFC with a 4th grade group from EMEIEF Tarsila do Amaral. “TIM Faz Ciência is one of the ways we choose to express our commitment to science education to children and teenagers of this country,” he added.

After the guests’ statements, professor José Sérgio de Carvalho, associate professor of Philosophy of Education at the University of São Paulo (USP), conducted the teacher training in morning. The lecture was titled “Epistemological aspects: the elements of teaching and learning” and was followed by a discussion with the teachers, with the participation of educator and specialist in Psychoanalysis and Childhood Lilian Faversani. The educators shared experiences and results of TIM Faz Ciência activities. Lilian was responsible for the training in the afternoon. 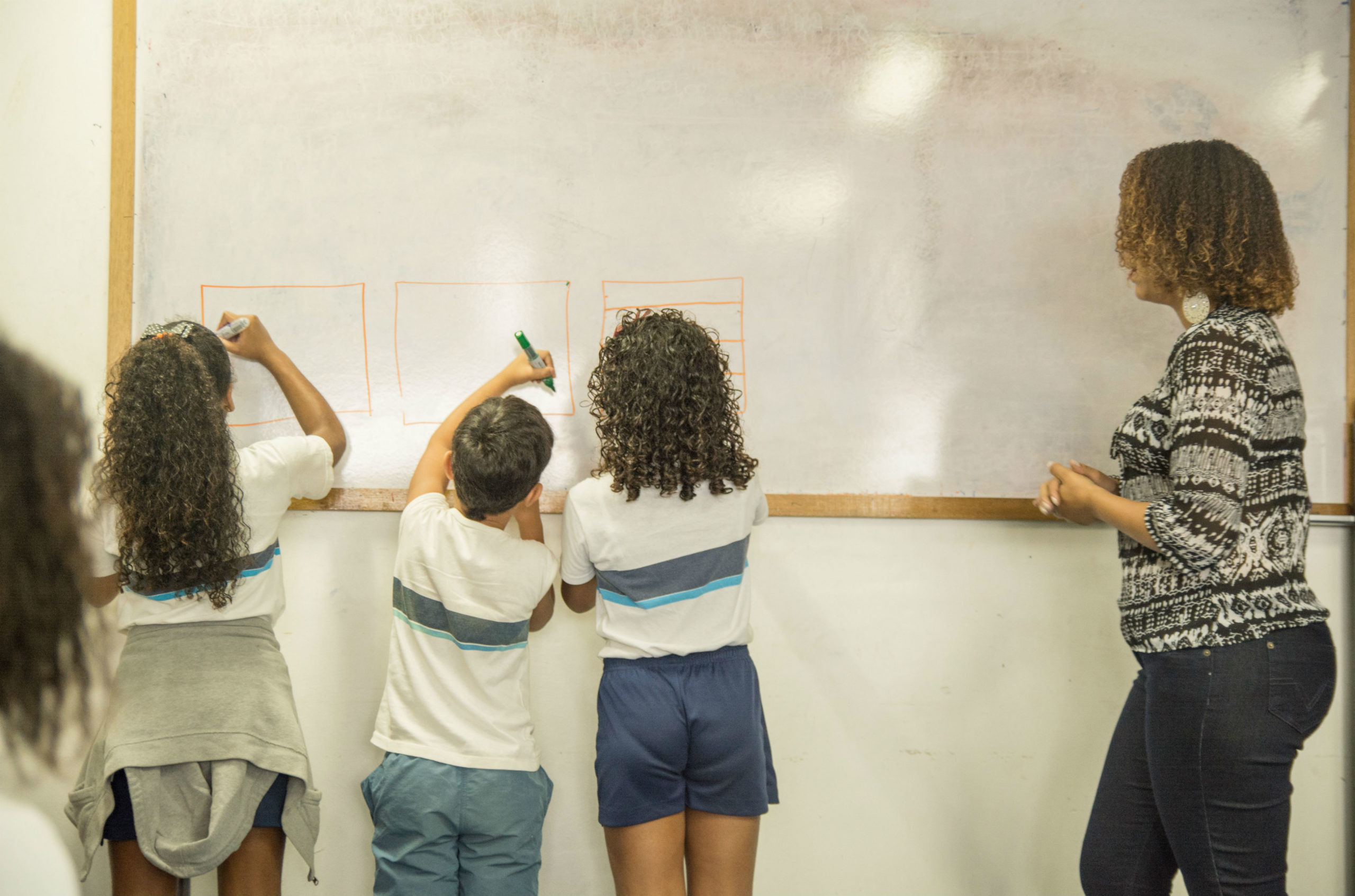