The Instituto TIM and the Ministry of Culture (MinC) signed a cooperation agreement during the opening of the Latin American Seminar on Cultural Information and Indicators, held on December 15 in Brasília (DF). The event marked the public launch of the new National System for Cultural Information and Indicators (SNIIC), which uses an installation of free software Mapas Culturais to provide cultural information from around the country: the Mapa da Cultura platform. Through this partnership, the Instituto TIM will provide technical support in developing and improving the platform and training to MinC managers (more information).

The agreement was signed by the Secretary of Cultural Policies of the MinC, Guilherme Varella, and the president of the Instituto TIM, Manoel Horacio, shortly after the opening session of the seminar. “It is necessary that a country the size of Brazil can aggregate their databases, but we had not been able to achieve this. This new platform will allow the management to be better planned, manage memory and be able to respond within the indicators,” said Guilherme, who thanked the Instituto TIM before inviting Manoel Horacio to the table.

The President of the Instituto TIM spoke about the creation and development of Mapas Culturais. “With this new partnership with the Ministry of Culture, we are confident that this initiative will have national reach. And for this objective to be attained, the Instituto TIM sided with the Ministry to contribute not only to more enhancements to the software, but in the creation of other features that enhance the adhesion of everyone,” said Manoel Horacio. After signing the agreement, the general coordinator of the Ministry of Culture Cultural Information Monitoring, Leonardo Germani, presented the new SNIIC to the public. 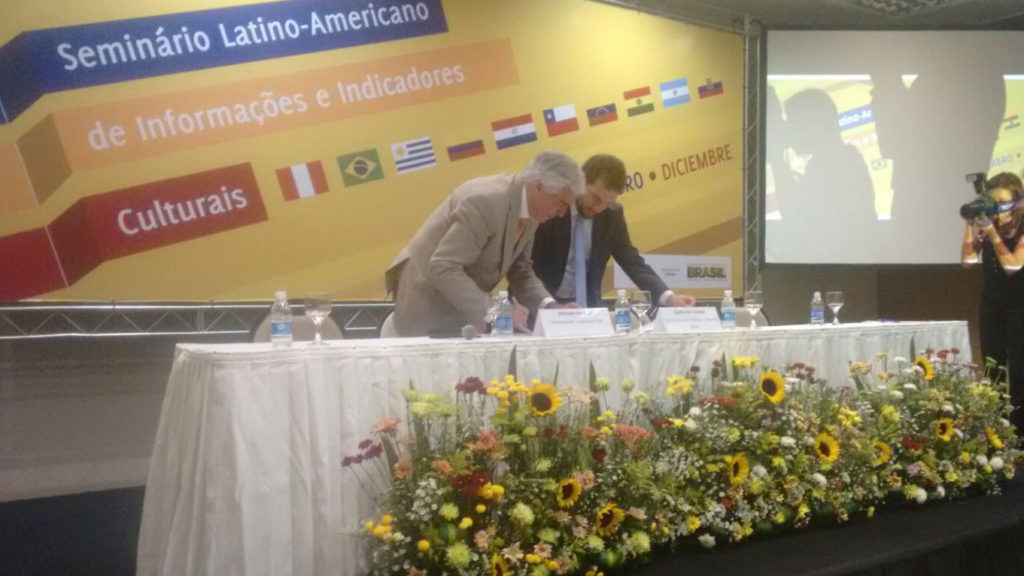