About 400 people attended the public event of O Círculo da Matemática do Brasil project “What if children enjoyed math?”, held on April 6 in the auditorium of Technology, in the University of Brasilia (UnB). The event brought to Brazil, for the third time, professors Bob and Ellen Kaplan of Harvard University, Math Circle approach creators. Public schools teachers, representatives of the Federal District Education Department (SEDF), UnB teachers and students and various interested people interested in the topic were also present.

“The Mathematics Department, having the teachers training as one of its main roles, values, encourages and fosters this kind of discussion, recognizing that if children enjoy math, the development of logical thinking and the acquisition of skills that this development provides will bring a big change in our country’s education scenario”, said Manoela. “It is an immense happiness to be able to have such opportunity to dialogue with people who make the difference in the world for mathematics education”, said Mauro.

“I come here today to also bring the warmth of the Education Department by Instituto TIM and by the partnership that has been carried out”, said Professor Carlinhos. “It is a great contribution to the work of our professionals”, he added. Maria da Glória presented some of the work of Instituto TIM and reinforced the importance of investing in the education of children and youth. “Instituto TIM was inaugurated in 2013 with the mission to democratize science, technology and innovation in the country. And this can only be a reality when we talk about children education and a quality education, which is our principle”, he said.

In their lecture, Bob and Ellen Kaplan spoke about the benefits of teaching mathematics and presented the Math Circle approach as a means of encouraging children to get involved and interested in mathematics. “Math does not focus only on numbers and shapes. It really is a way of describing the world that makes sense and that comforts us by its logic”, said Ellen. Bob led a dynamic on the board to illustrate how you can make it simple and fun an activity with fractions. He explained that children begin slowly in Math Circle classes, but soon after they begin to understand the content, the growth is exponential.

Professors Nilza Bertoni of UnB Mathematics Department, and Cristiano Muniz, of UnB Education Department, joined at the board for a time of discussion about the approach as well as the teaching of mathematics for students in the early years. At the end, the people attending the event were able to make questions and comments to the members of the table.

The event also included the award for three educators who stood out in 2015. Alexandre Trilles Junior, from Rio de Janeiro (RJ), Priscilla Perez, from Belém (PA), and Vinicius Sbaiz, from São Paulo (SP), will represent Brazil in the 2016 edition of Math Circle Teacher Training Institute, a training about the approach to be held at the University of Notre Dame, in The United States, between June 27 and July 1. 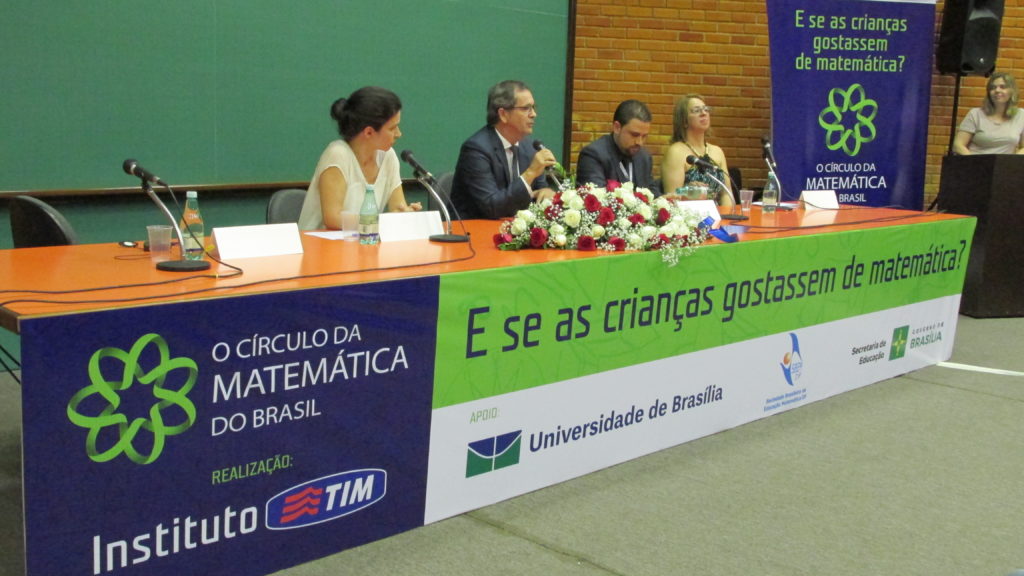 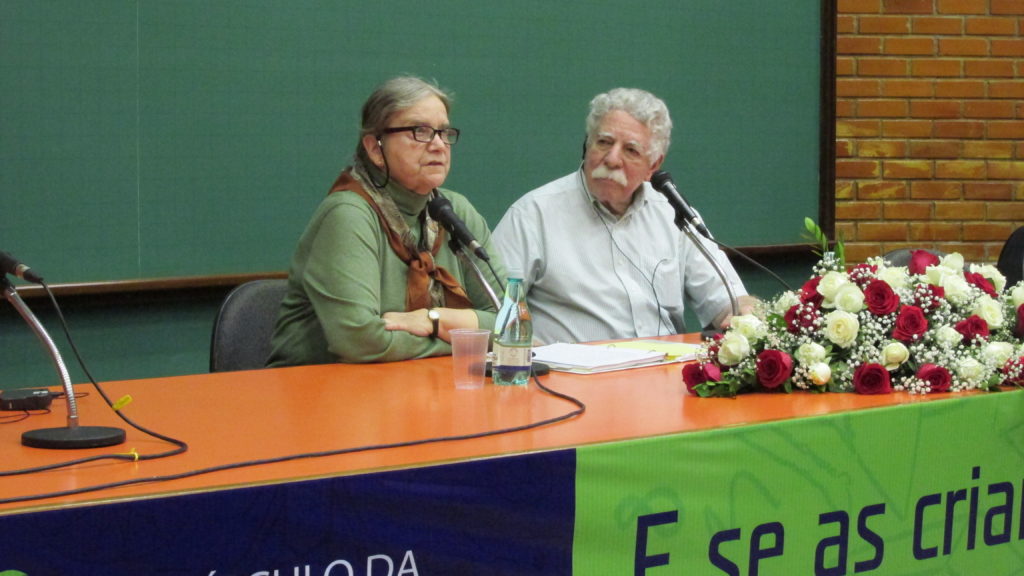 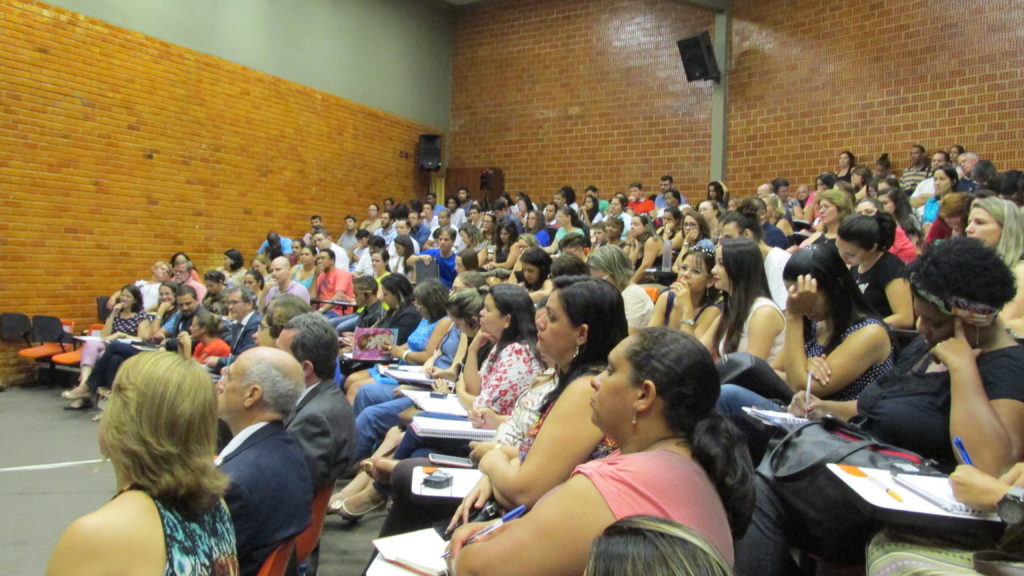 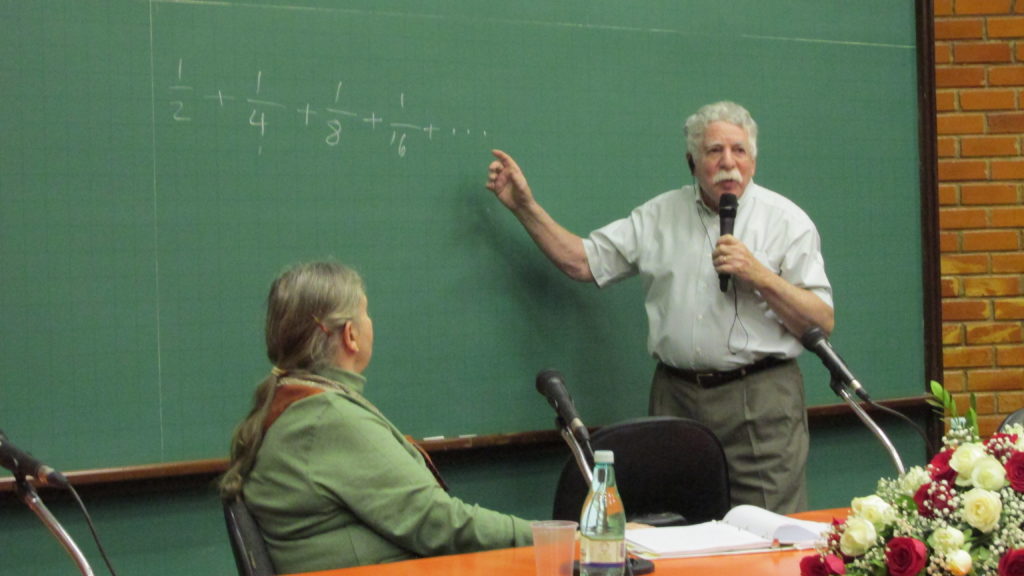 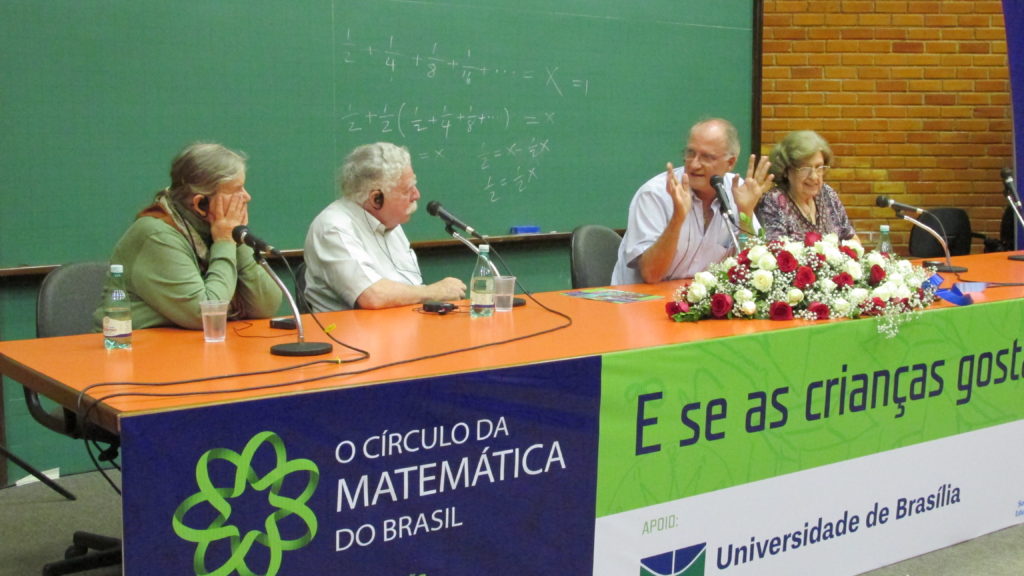