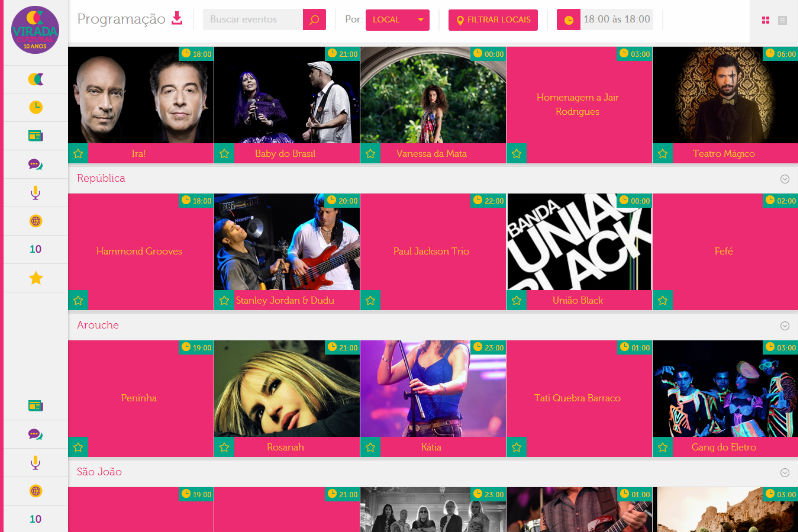 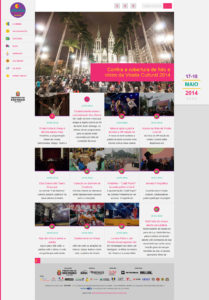 The Virada Cultural de São Paulo’s website, which had its schedule fed by the Mapas Culturais platform, has received nearly 1 million visits since it went online on May 7th. There were 900,000 visits and more than 600,000 unique users accessing the program of the event, held on May 17th and 18th at various spots in São Paulo with an attendance of 4 million people.

It is the first time the Mapas Culturais tool (which was developed in a partnership with the city of São Paulo) is used by an external application. The integration between the platform and the Virada Cultural’s schedule on the website and apps was done through an API (Application Programming Interface), an interface that gathers data from different applications or websites. The Virada Cultural’s website could access data about the event’s schedule registered on the platform, and vice versa.

This was the 10th edition of Virada Cultural, which every year brings 24 hours of free cultural attractions such as art, music, dance, demonstrations and food for all ages. The event is inspired by the French “Nuit Blanche”, which is based on the reversal of expectations, for example, museums opening late at night. The attractions were spread out through the municipal equipment network and in equipment from strategic partners, such as SESC and the São Paulo State Government.

“Virada Cultural plays a big role and is very important for the city of São Paulo. Besides the artistic program, it allows a coexistence and the population likes and needs it for mental and social health,” said São Paulo municipality’s secretary of Culture, Juca Ferreira.