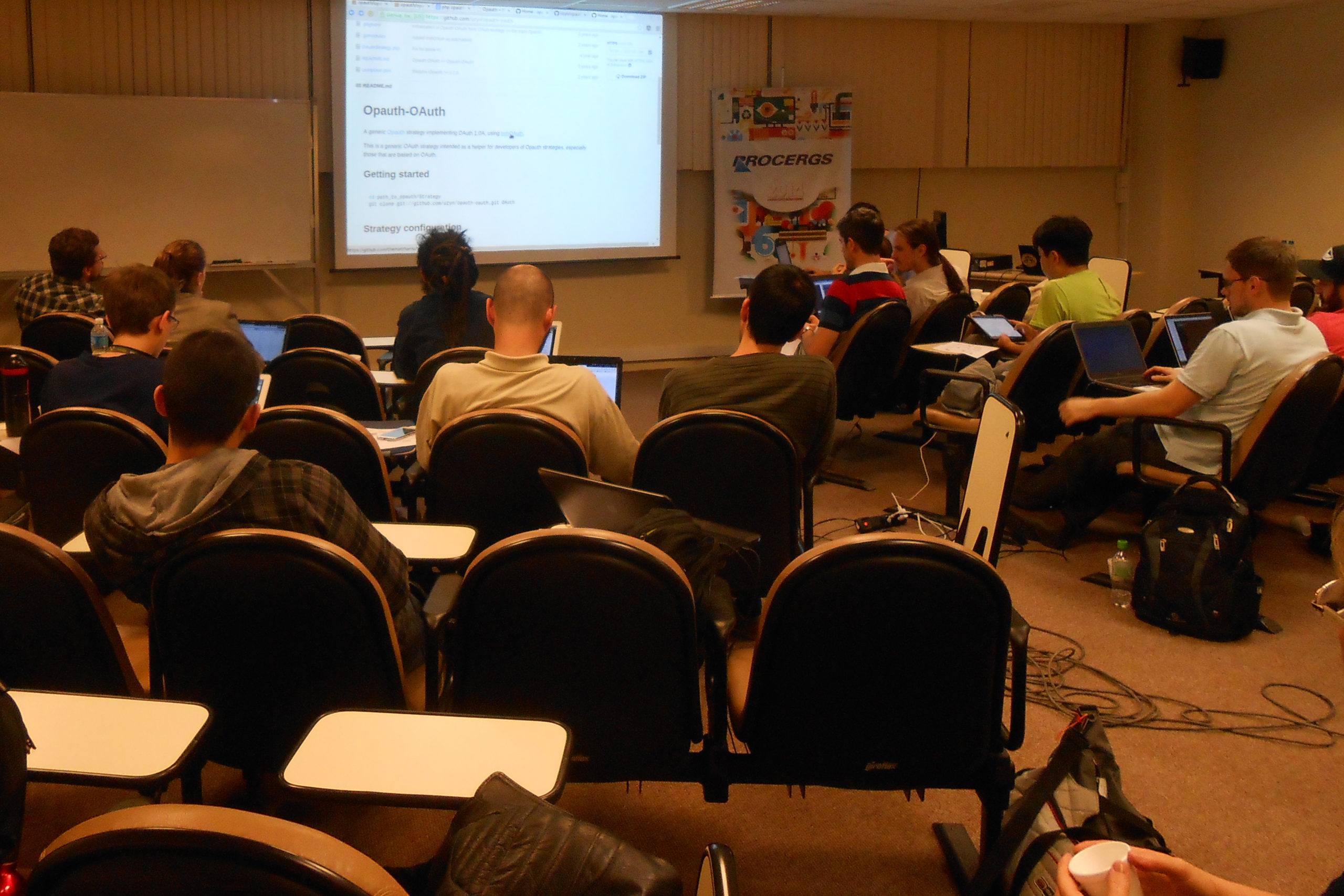 On September 18th and 19th, representatives of PRODAM (Information Technology and Communication Company of the Municipality São Paulo) and PROCERGS (Data Processing Company of the State of Rio Grande do Sul) met with the team of developers of the Mapas Culturais project in Porto Alegre. The purpose of the meeting was to discuss how the platform works, so that in the future the two companies can take over the management of the system. In the municipality of São Paulo, Mapas Culturais is already in operation and is called SP Cultura; in the state of Rio Grande do Sul, it is under implementation.

During the meetings, the Mapas Culturais team presented the platform, also showing the organization of the code and the system of permissions and roles. The developers downloaded the software and deployed it on their machines. Later they made a joint work to integrate Mapas Culturais with the Login Cidadão system (an unique ID solution from the Rio Grande do Sul State Government). In addition, on the evening of the 19th, the team participated in the event “Hacker Meeting – Mapas Culturais and Login Cidadão”, organized by the Digital Office, linked to the Rio Grande do Sul General Department of Government. Local developers were invited to learn about the solutions and to develop new tools from them.

The meetings took place at the PROCERGS’s head office and the Mario Quintana House of Culture. Besides PROCERGS and PRODAM, it was also attended by representatives of the Digital Office and the Lung company, which provides service to PROCERGS. Also present were the general-secretary of the Rio Grande do Sul Government, Vinícius Wu, and, from the Ministry of Culture, the general-coordinator of Monitoring of Cultural Information, Geraldo Luiz Horta de Alvarenga Junior, the general-coordinator of Digital Culture, José Murilo Costa Carvalho Júnior, and Neuran Pereira, of the General-Coordination of Information Technology.