On August 30th, the Academic Working Capital program participated in the first edition of SP Conecta, an event held by Investe São Paulo (São Paulo Agency for the Promotion of Investments and Competitiveness) with the aim of bringing together startups and agents of the entrepreneurship ecosystem, such as accelerators, incubators, funders, associations and companies. About 700 people were at Investe São Paulo headquarters for the event, including AWC team members and groups.

The AWC staff had a space to present the initiative and clear doubts. At the same time, two groups that were part of the 2015 edition and three groups of the current edition were invited to share their experiences at the AWC stand and to take the opportunity to contact over 40 industry players who were present at the event. “It is a great pleasure to be here and show our initiative not only to students, but also to our pairs”, said AWC’s content coordinator, Diogo Dutra. “Being with these pairs brings us reputation in the world of entrepreneurship.”

The 2015 groups that were invited to the event are now running their own startups. The Mvisia team began with the project of a selector of eucalyptus seedlings. This year, the members joined another startup and started to develop machines aimed at the selection of different products, such as flowers seedlings and tomatoes. “[The invitation for the event] was very interesting, firstly because of the recognition of the AWC staff of, even though we are from the last edition, continuing to maintain contact”, said the mechatronic engineer Fernando Lopes.

On the other hand, the Tech Talk group has created a platform for companies that facilitates customer appointment scheduling and service, which will start to be implemented in a few clients as a pilot. “One of the questions that many incubator companies make is whether we will be able to deliver what we are promising. Therefore, now is the time for us to show that yes, we will be able to deliver and everything will be all right”, stated Edson Nakada, who sought possible partners for the project during the event, along with his team.

The siblings Gabriel and Lays Costa Faria are among the students of the 2016 edition. They are already finishing the prototype of a metal 3D printer, that prints jewelry in silver and gold. “We were very glad to be invited, knowing that what we are doing is coming out well and that they are seeing goods results. It gives us an even greater encouragement to continue striving more and more”, said Lays. Willian Beneducci and Henrique dos Santos focused on the event’s lectures and in seeking incubators and physical locations to develop the startup Staat, which is producing a spectrophotometer for performing analyzes in the area of Dentistry. “I have spoken with some companies, showed them our ideas, collected feedback and it was quite profitable”, said Henrique.

The Periodiza group spoke with funders, accelerators and hardware companies about their project: a training accrual app aimed at personal trainers and gym professionals. “We’re getting to know better who these people are, what they need, the requirements for the startups that are entering into their programs”, said Pedro Vitor Sanches. For the AWC team, the event also provided contacts that may generate new opportunities for the program. “We spoke with some angel investors who wanted to understand the process, which is already generating a series of subsequent contacts that can, eventually, strengthen the program and bring more results”, added Diogo Dutra. “The feedback has been very positive.” 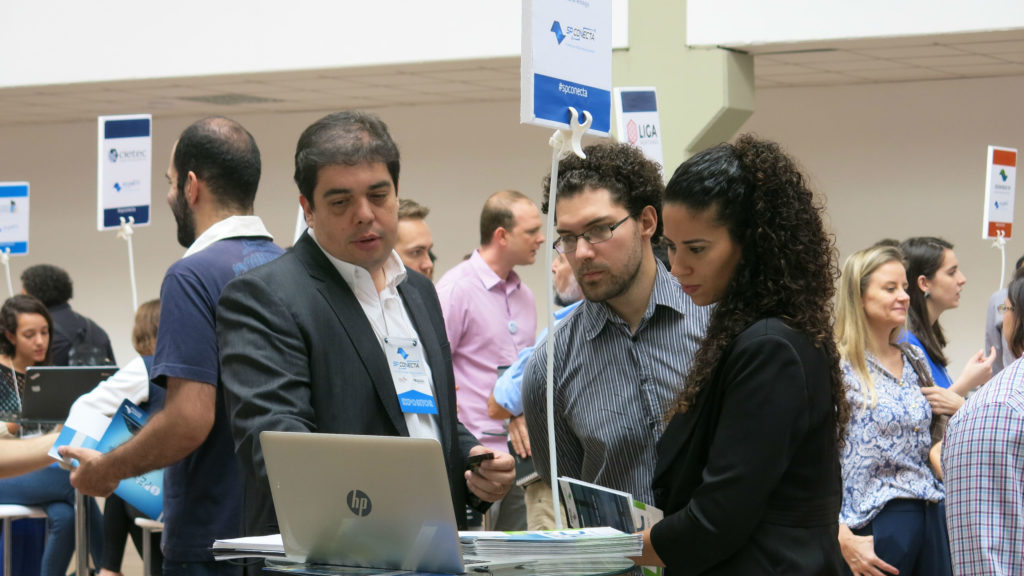 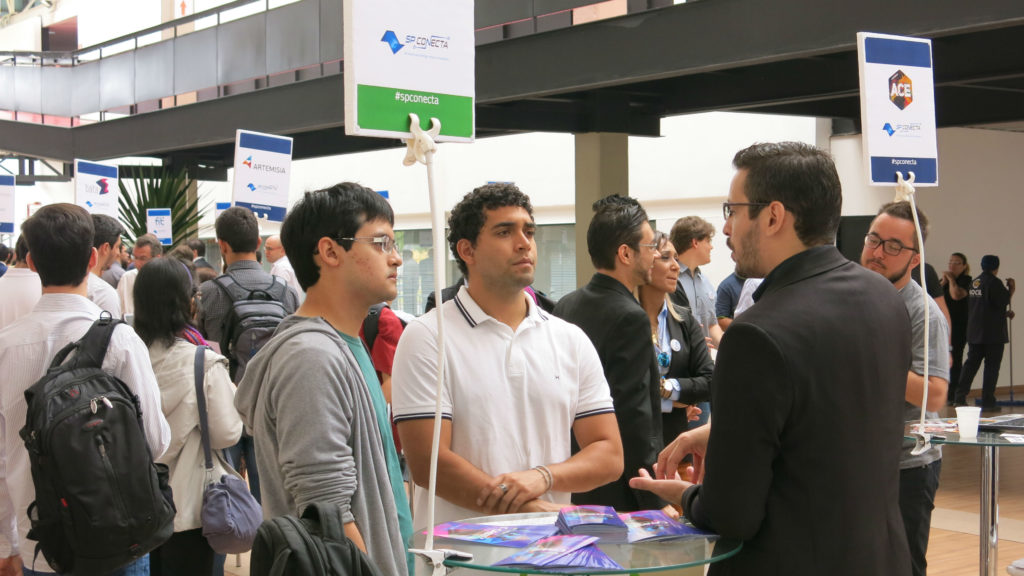 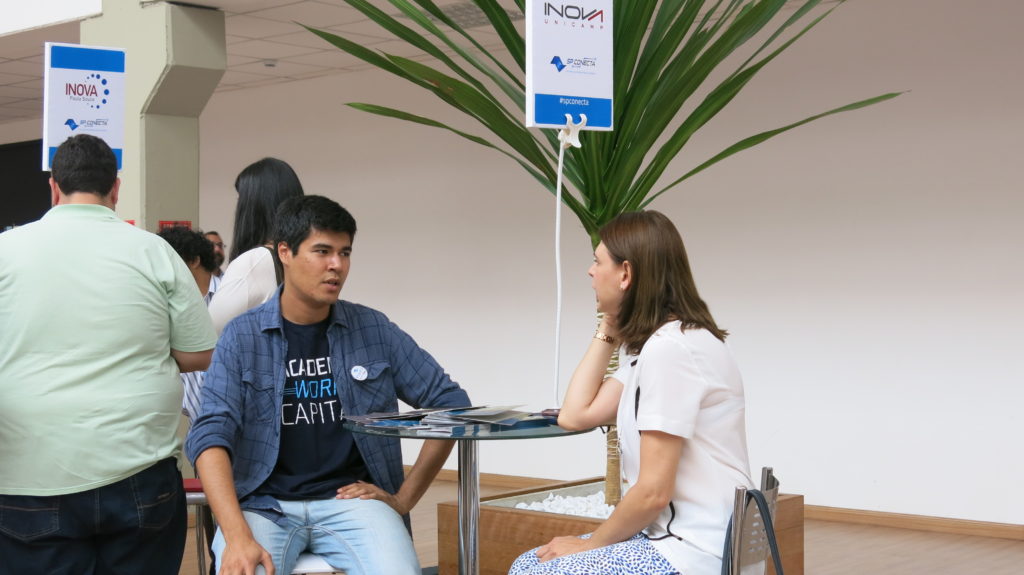 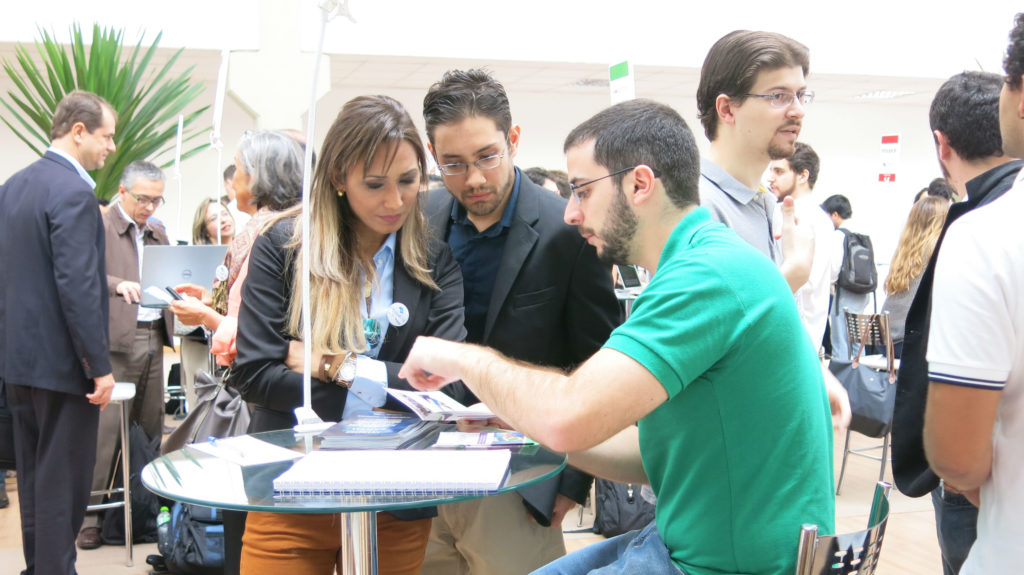 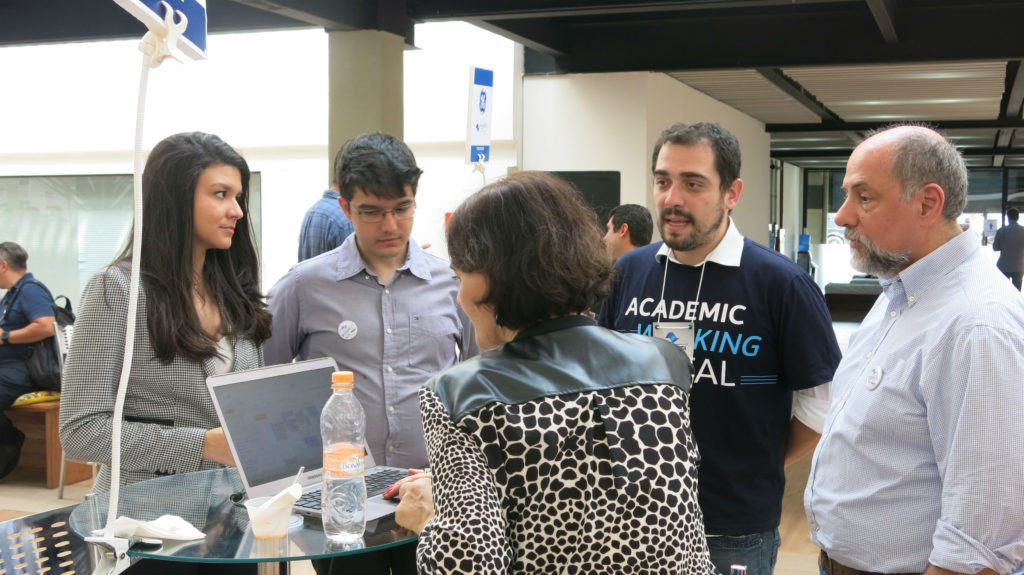