AWC Advisory Board meets in SP

In the morning of November 23rd, the Advisory Board of the Academic Working Capital program met for the first time, in a classroom of Polytechnic School at the University of São Paulo (USP, in São Paulo (SP). The body, bringing together investors, entrepreneurs, and great names of the market, has the purpose to assess the path of the AWC groups and suggest possible ways to develop businesses and programs itself.

In addition to the President of Instituto TIM, Manoel Horacio, and the program team, the angel investor and partner director of Antera Gestão de Recursos, André Massa; the founder of Performa Investimentos and partner manager of Mutual Fund of Investment in Emerging Companies, Eduardo Grytz; and the entrepreneur Silvia Takey, responsible for the administration and management of DEV Tecnologia projects, attended the meeting.

Professor of USP and academic adviser of AWC, Marcos Barretto, opened the meeting welcoming the counselors. Then, Manoel Horacio introduced Instituto TIM and its initiatives. He highlighted that, with AWC, Instituto TIM works with the moment of “ovulation” of projects which will further be able to become startups. “There is a discrepancy between the university and the practical market. This integration needs to be done”, states the President of Instituto TIM. “Our mission is trying to help Brazil to develop.”

Marcos Barretto and the mechatronic engineer Diogo Dutra, content advisor of AWC, introduced the program, its steps and principles: the types of technology supported, how the selection of proposals is made, the tools used during the program. “Our purpose is to transform this moment of young people’s lives in a moment of career decision. Supply what is missing them most: money view and orientation”, explained Marcos.

After hearing about the program, the advisors gave their feedbacks. Silvia Takey said the part that most called her attention in AWC is the segmentation between hard tech (machines), meca tech (projects joining electronics and mechanics) and soft tech (softwares) − the groups follow different trails according to this rating. “Hard and meca trails, which the engineering requires, are missing in every program. I miss that myself”, said. “The selective process is also interesting, with focus on team quality, innovation, which is what is really required.”

André Massa mentioned the program can be a catalyst if it can get the soft tech development time, which is 6 months to 1 year, and reapply to other segments. And Eduardo Grytz suggested, among other aspects, placing internal goal. “You need to place your program as The Program, and your tools as The Tools” highlighted, “What is our goal, who is our competitor in terms of program?

After collecting feedbacks, Marcos and Diogo introduced 10 participant groups of AWC 2016. Afterwards, the advisors were invited to talk to the students, share orientations and tips. “All the projects that I talked in have very high level, it has a catch “ stated Eduardo Grytz.

For the students, it was an important moment of exchange. Rodrigo França Soares, from MBrace group (their product is an automated solution for homecare management, which allows the patient monitoring, employee control and material logistics) received a good feedback from Eduardo. “He said our group is the only one worried with the caregiver and not only with the patient and he sees future in the business”, he told. “He said to focus on the tests and he will give us the contact of a big homecare here in São Paulo.”

The AWC Advisory Board meetings will be carried out twice a year. 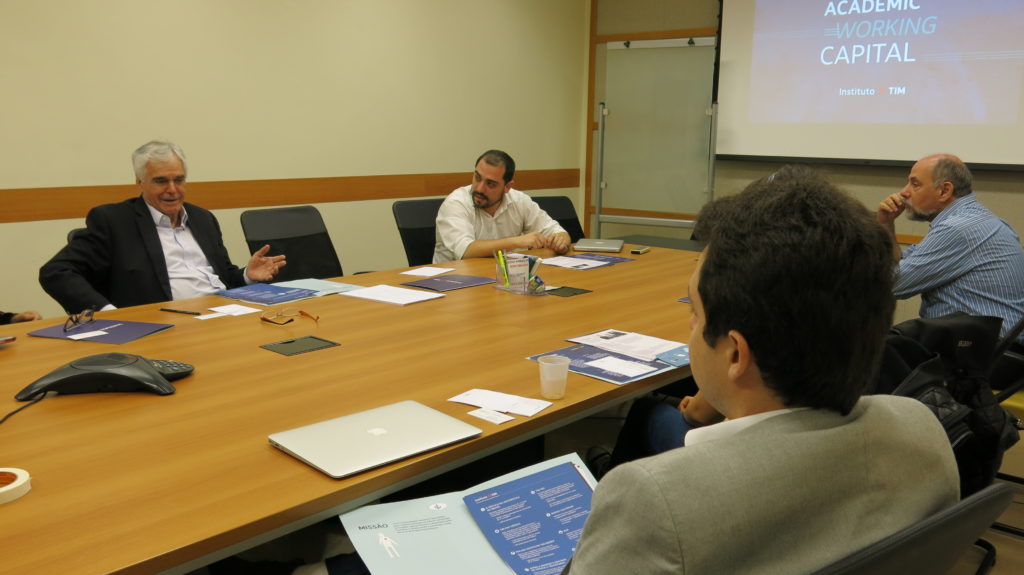 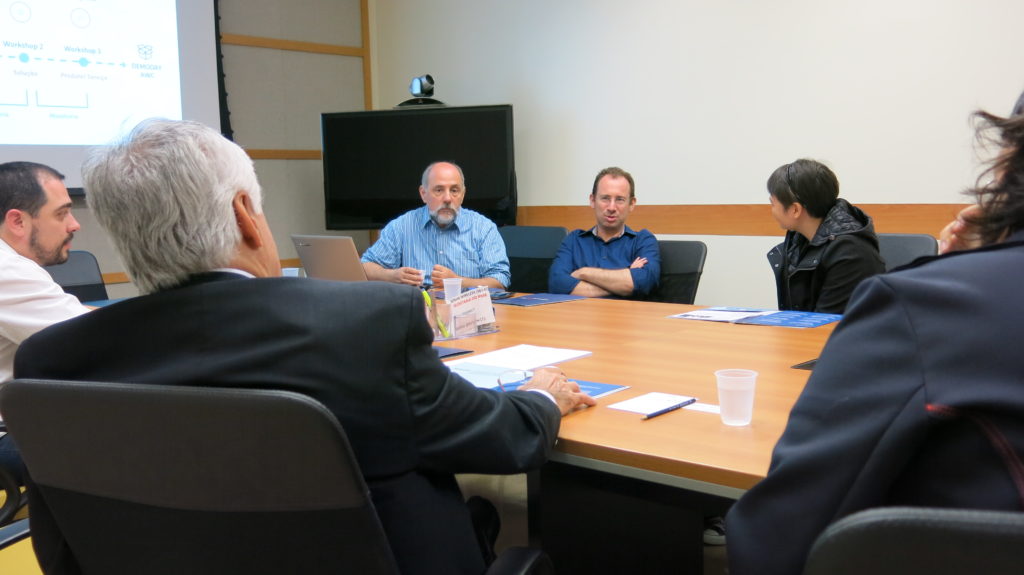 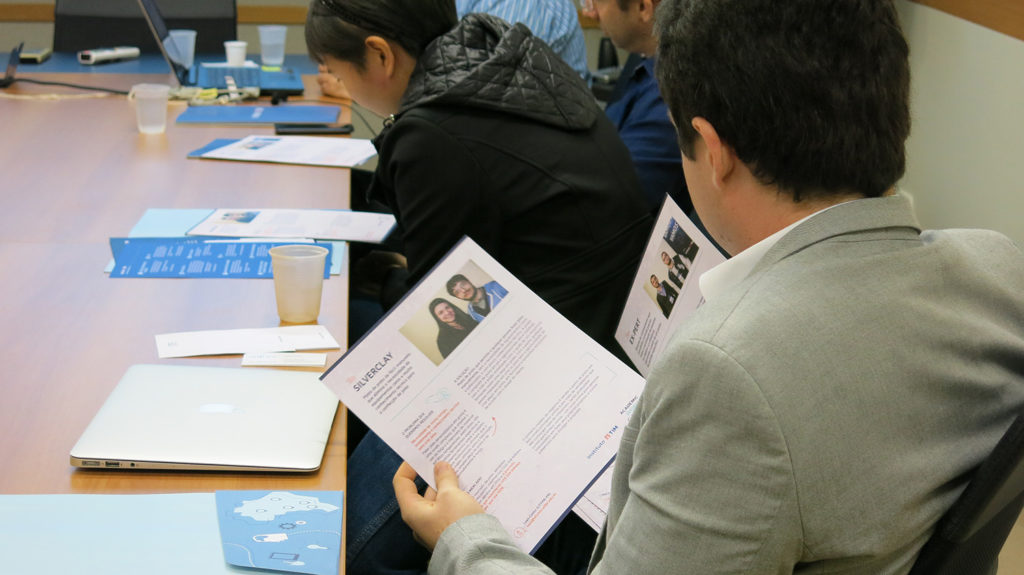 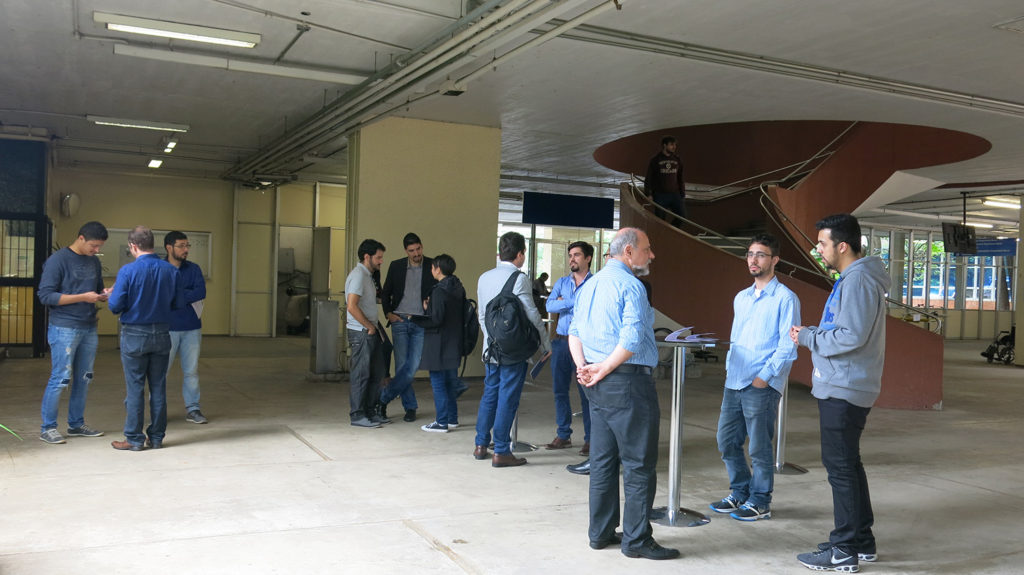 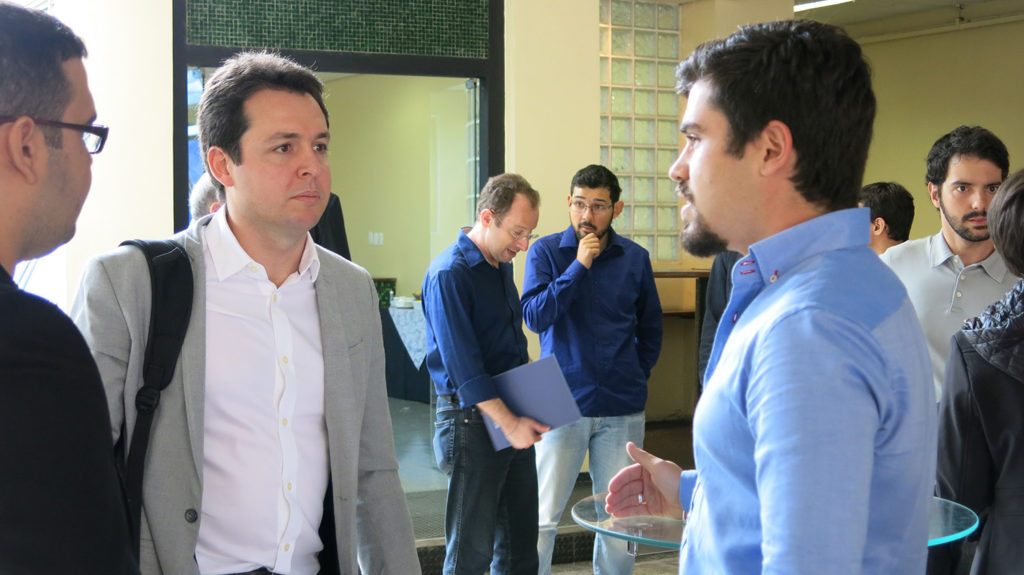 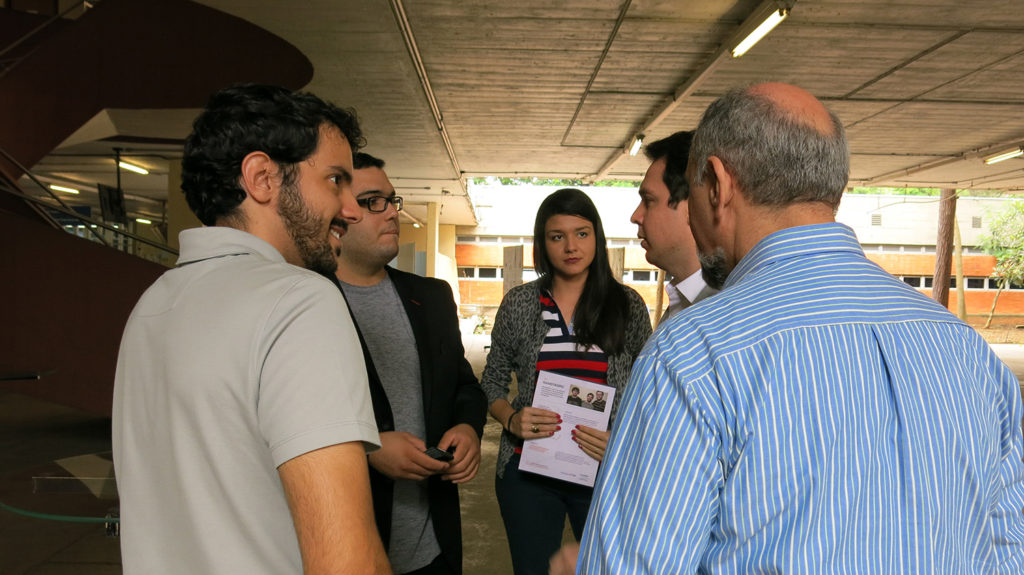