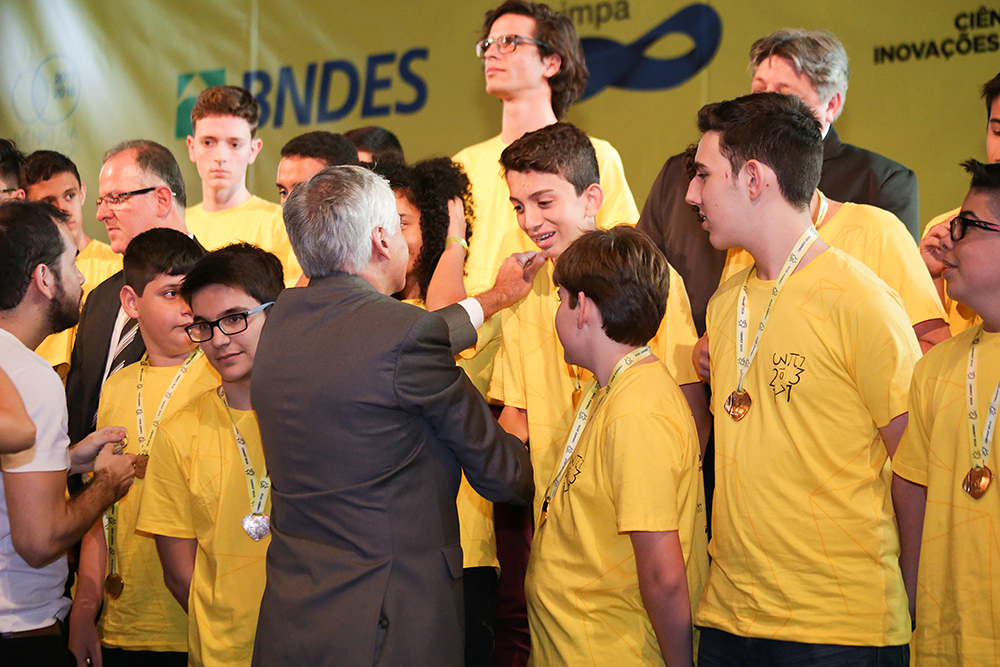 Among the medalists of the Brazilian Public School Math Olympics (OBMEP) who receive the Instituto TIM-OBMEP Scholarships, there are some who have always liked Mathematics, others who enjoy Mathematics later in school, and others who like it very much of diverse subjects, not only of exact ones. But, one characteristic is frequent among fellows: family influence – a relative who enjoys Mathematics, for example – makes it easy for the young person to be apt for discipline.

This is the case of Antonio Hilton de Brito Passos, who studies Medicine at the Federal University of Piauí, in Teresina. He is a native of Cocal dos Alves, in the interior of the state. Hilton’s parents did not complete Elementary School – the father is a school lookout and the mother, a housewife –, but he has a sister who is a mathematician and teaches in Parnaíba, and two cousins who are also graduated in Mathematics.

Hilton began to excel at OBMEP when he was in his 9th grade and received an honorable mention. “Let’s just say I did not have a special focus on Math. I used to study all the subjects. People usually like some more, but I did not”. Good performance on OBMEP has changed that. From there, the young man won two bronze medals when he was in 1st and 3rd year of High School. With the scholarship, Hilton pays for college supplies, food, and rent. If he finishes medical school, he will be the first graduated doctor in the family.

The story of Alex Teixeira da Silva, who studies Computing and Information Engineering at the Federal University of Rio de Janeiro, is a bit different. He likes Math since he was little. The mother, who works in the cleaning of a school in Diadema, alphabetized the boy at home and was strict. It was she who taught him how to count money, to look at the time, everything before Alex entered school. “Sometimes she did not know the content, but she knew she had to demand”. The result is that the boy did very well in Math. “I finished certain matter and I was already looking for the next one”.

At OBMEP, he excelled in all seven editions he attended. He received three gold medals, two silver, one bronze, and one honorable mention. This facility with exacts made the course choice a daunting task. “I always liked the exact area overall so I had more than one thing that appealed to me. Mathematics, Physics, even Astronomy”, he recalls. Alex ended up opting for Computer Engineering and Information because it was a course in which he could merge all these areas.