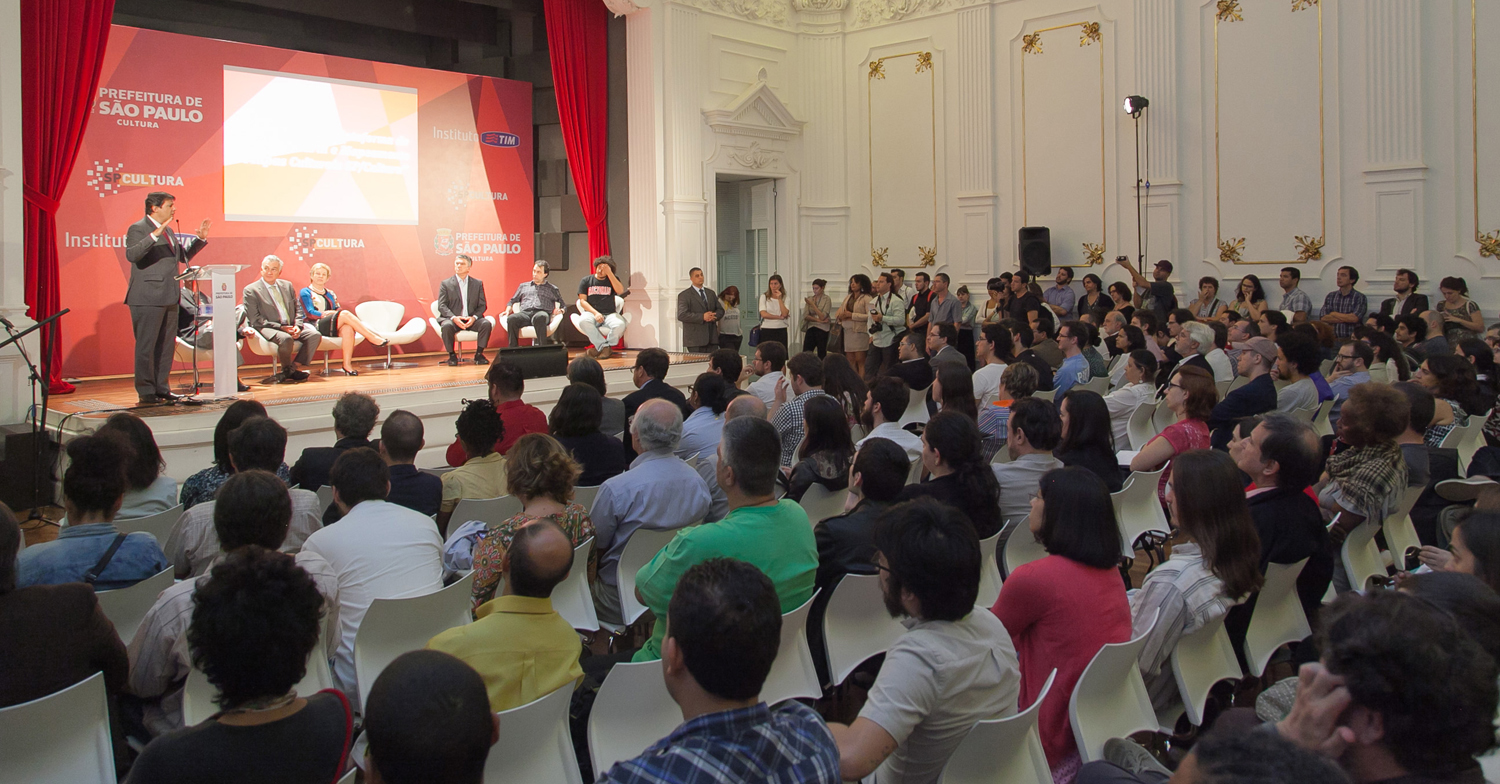 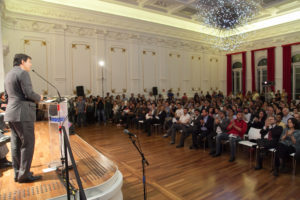 On August 4th, the São Paulo City Government and Instituto TIM held the launch of the Mapas Culturais platform, with the presence of the Minister of Culture, Marta Suplicy, and the mayor of São Paulo, Fernando Haddad. It was attended by over 300 people, including public administrators, members of cultural collectives of São Paulo and those interested in mapping and digital culture in general. The event was also attended by representatives from the municipalities and two states that will adopt the tool in 2014: Ceará, Rio Grande do Sul, Campinas -SP, Santos-SP, João Pessoa-PB, Vitória da Conquista-BA, Sobral-CE and Itacoatiara-AM.

During the event, those present watched a video about the platform and saw how it works on a big screen mounted in the Conservatory Room, at the Arts Square. According to the municipal secretary of Culture, Juca Ferreira, Mapas Culturais – which in São Paulo is called SP Cultura – qualifies culture management and helps to ensure the realization of cultural rights for all. The president of Instituto TIM, Manoel Horacio, spoke about the mission and the role of Instituto TIM and the implementation of the platform that will now start in another 6 cities and 2 states. 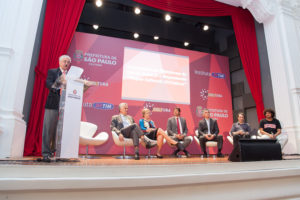 Fernando Hadadd commented on the importance of culture to allow more people to be included in the political debate. “This tool will greatly help the city to trigger existing programs and possibly create other programs to promote culture in our city.” The last speech was by Marta Suplicy, who spoke about SNIIC and the National Culture System, noting that the culture maps are important to connect the territories. “Brazil has always had a good material, which is our diversity. Always had the talent of the builders of our culture, which is our people. We lacked proper foundation and a good plan. And the foundation are the cultural policies,” added Suplicy.

Also on the table were the deputy secretary of the State Department of Culture of São Paulo, Sergio Tiezzi, and the representative of the Solano Trindade Popular Agency (responsible for the pilot mapping of the platform in Campo Limpo neighborhood), Tiago Sousa. Mapas Culturais is already in operation by the Municipal Department of Culture and can be accessed on the link spcultura.prefeitura.sp.gov.br.