Workshop II of the Academic Working Capital program in 2017 started in a crowded auditorium in the building of Mechanical and Naval Engineering of the Polytechnic School of the University of São Paulo (Poli-USP). About 70 students from the 28 participating groups of this edition attended the first day of the meeting, which took place on July 17th. This year, groups from seven states and the Federal District are part of the program, with 22 groups composed of university students and six groups, of students from State Technical Schools from São Paulo.

The workshop began with the welcome given by Poli-USP professor Marcos Barretto and by mechatronics engineer Diogo Dutra, AWC coordinators. “It is great to see your work and your maturing so far,” Diogo commented. Each team member of the program introduced themselves to the groups, since most of them were participating in the onsite workshop for the first time – the 2nd call groups started in AWC in April, with the Online Workshop I. Diogo mentioned the positive feedback the program received in the AWC Board of Consultants meeting, held at the beginning of the month. “What you are living, what we are doing with this program is something unique in Brazil.”

After presenting the general numbers of AWC’s previous and current editions, Diogo congratulated the groups for their work in the first semester, which resulted so far in more than 1.4 thousand interviews with potential clients and users and 62 value experiments performed. In addition, two groups already have contracts about to be closed with one client each. With the problem test phase already consolidated, Workshop II started the solution test phase. The goal is to think about how the product will be developed so as to, after the workshop, order the purchase of the necessary materials and create a critical function prototype.

To do this, the groups experienced the first four phases of the Design Sprint methodology, developed by Google Ventures, which brings together professionals from different areas to analyze the solution and propose improvements. The AWC team invited a team of professionals to contribute to the groups in this process: InfoPrice startup co-founder Leonardo Monteiro; the founder of the company Tegris, Rafael Gonçalves; Insper professor Marcelo Hashimoto; the consultant of the company Nave à Vela Rafael Sanchez; and the UX/UI designer of the Foundation for the Technological Development of Engineering (FDTE), Jessica Tarasoff.

The groups were divided into five crews, according to the technological challenges of their products. In the first phase, “Understand”, each group presented their product to their crew, and colleagues, along with the AWC team and the guests, raised questions and critical points of the project. In the “Define” phase, the groups organized and chose the most relevant critical points to discuss with their colleagues. Then, in the “Diverge” phase, the students thought of eight ideas each to help the groups of their crew to solve the selected challenges. Out of the crews, the groups developed three different strategies to solve critical points and to develop a prototype. In the final phase, “Decide”, the crews got together again to help groups to help the groups choosing the strategy to be adopted. 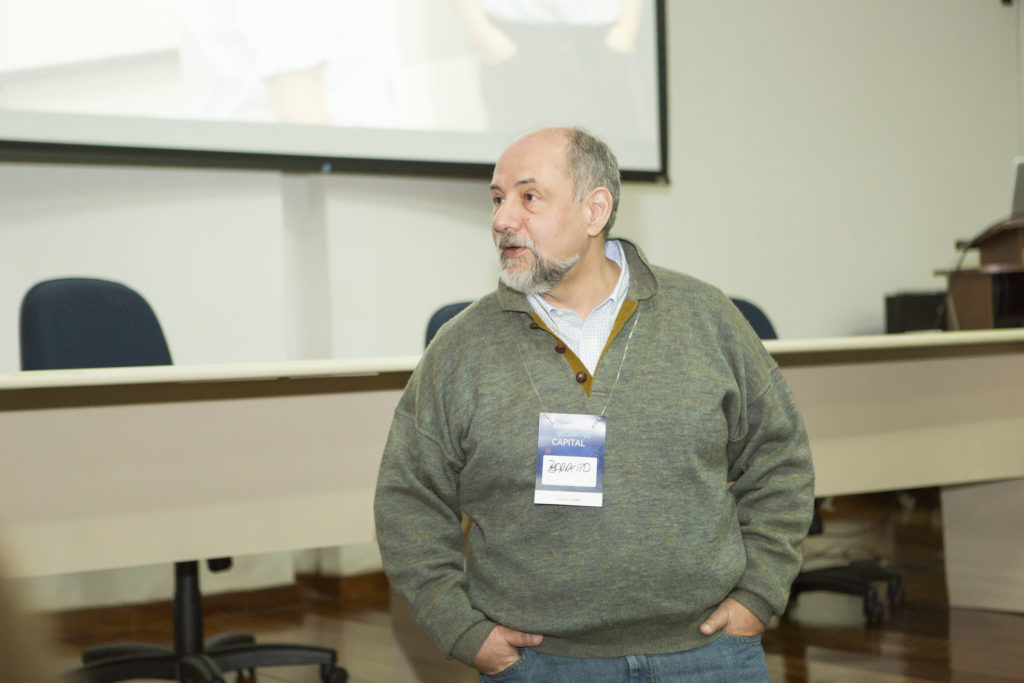 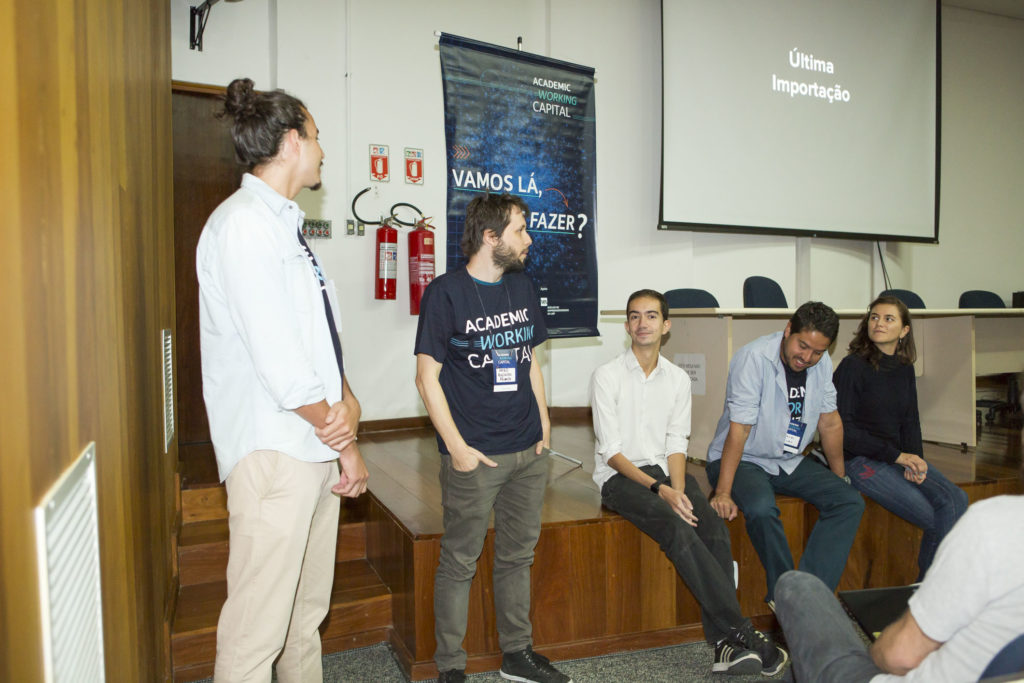 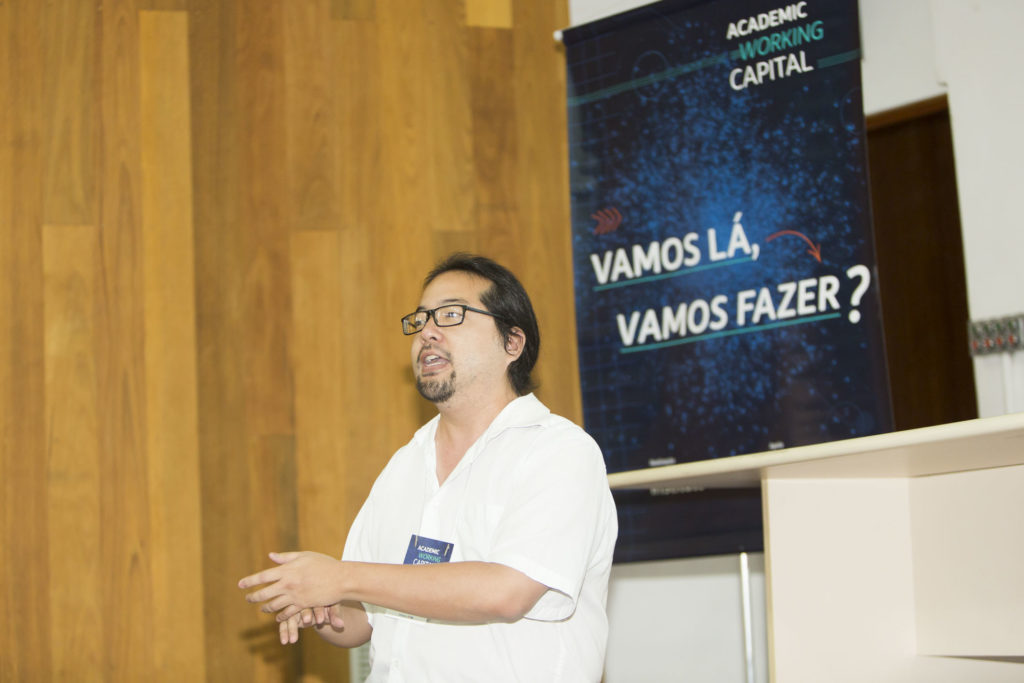 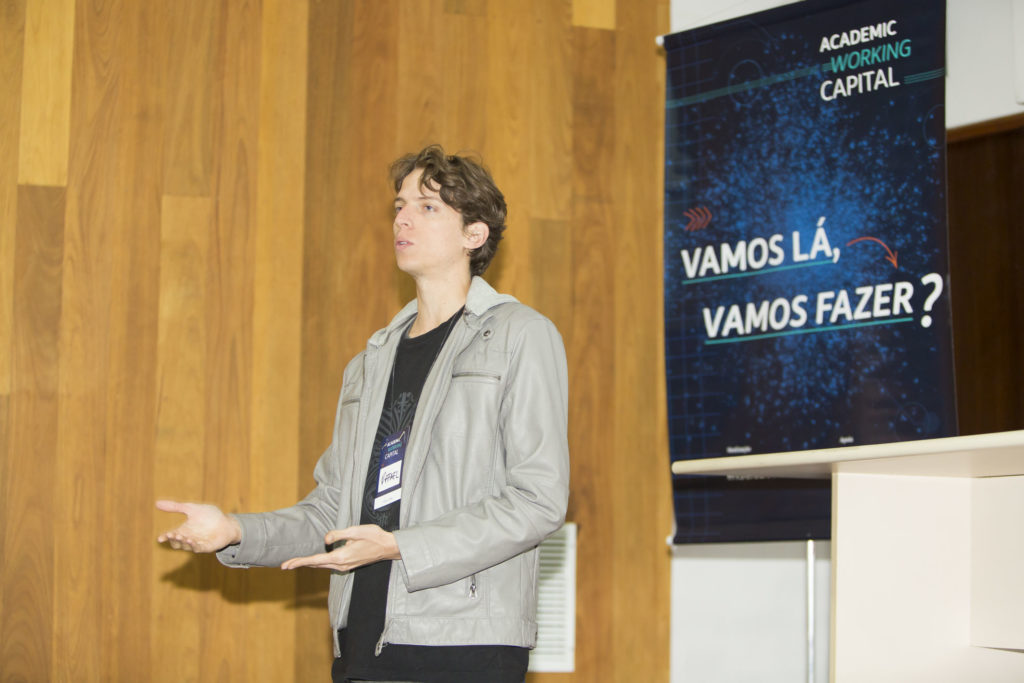 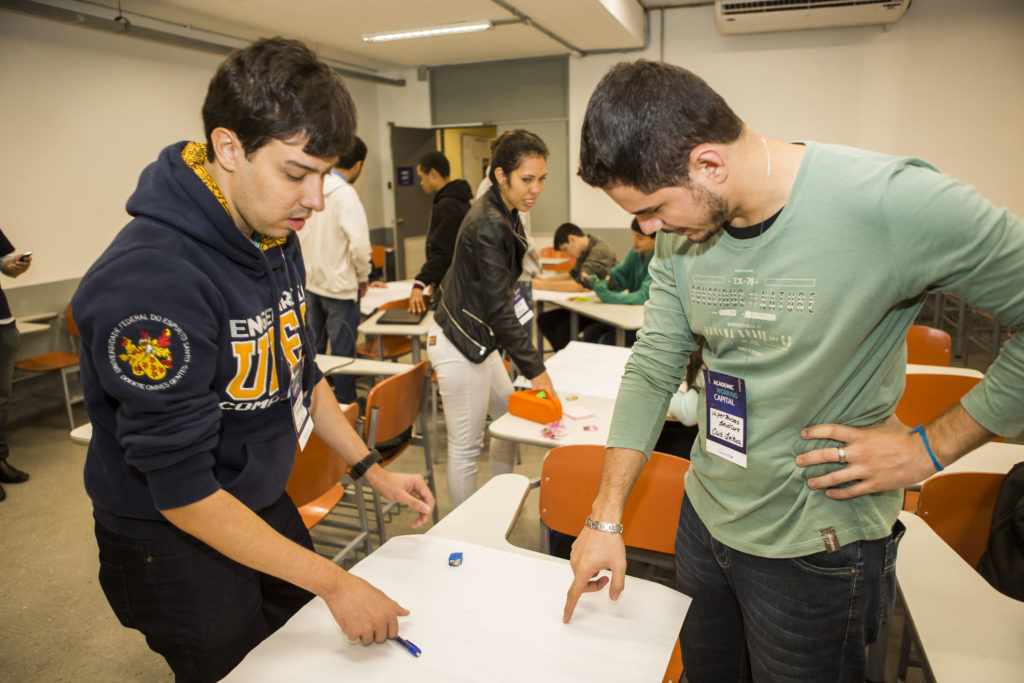 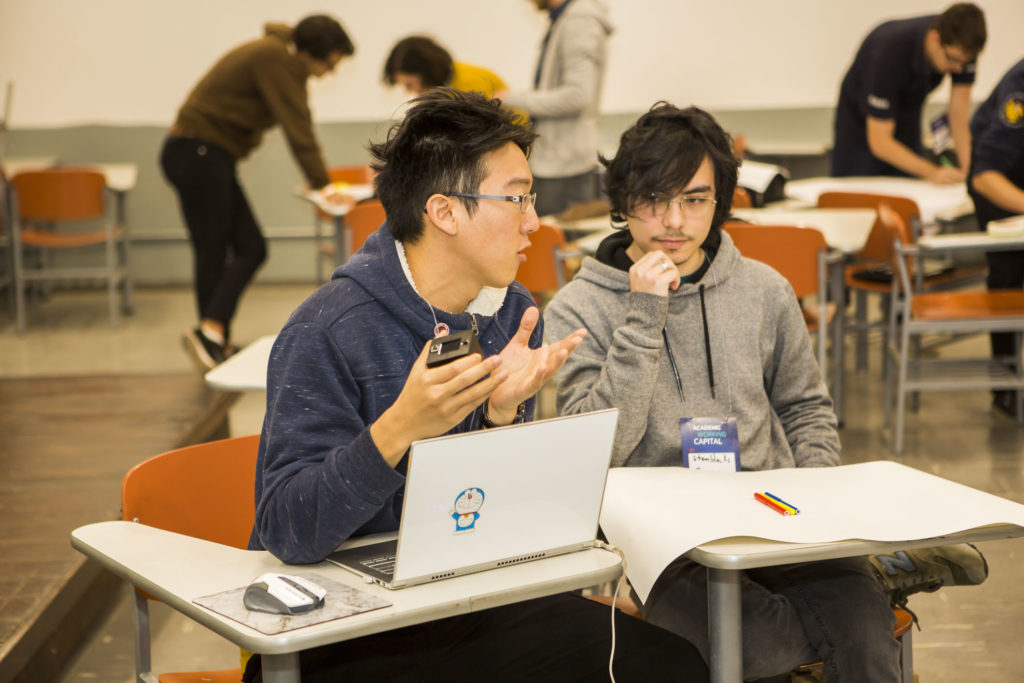 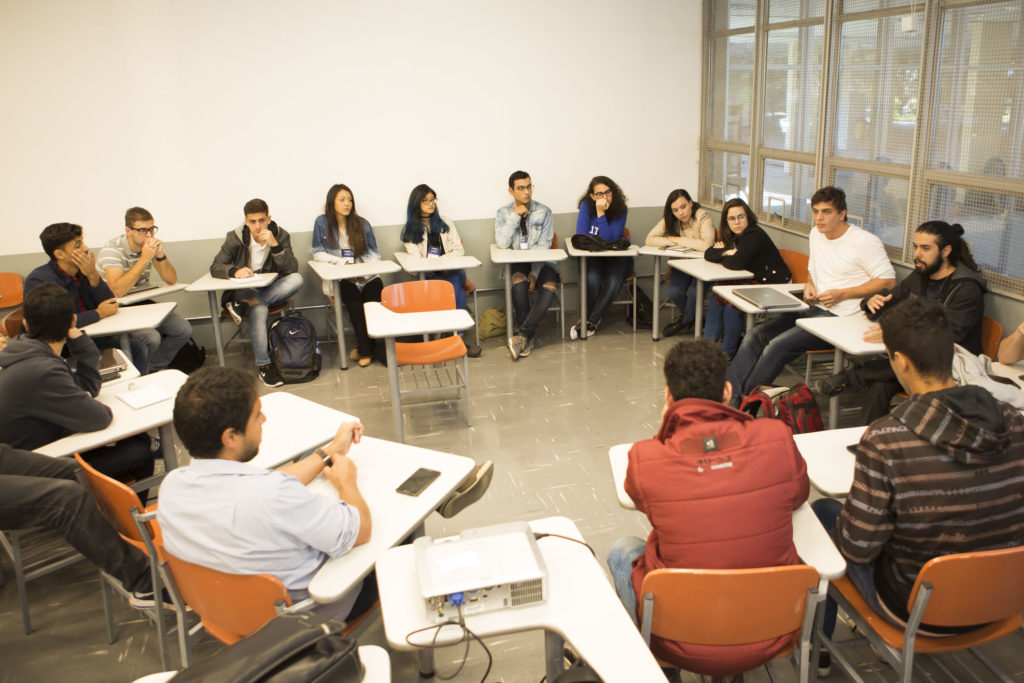 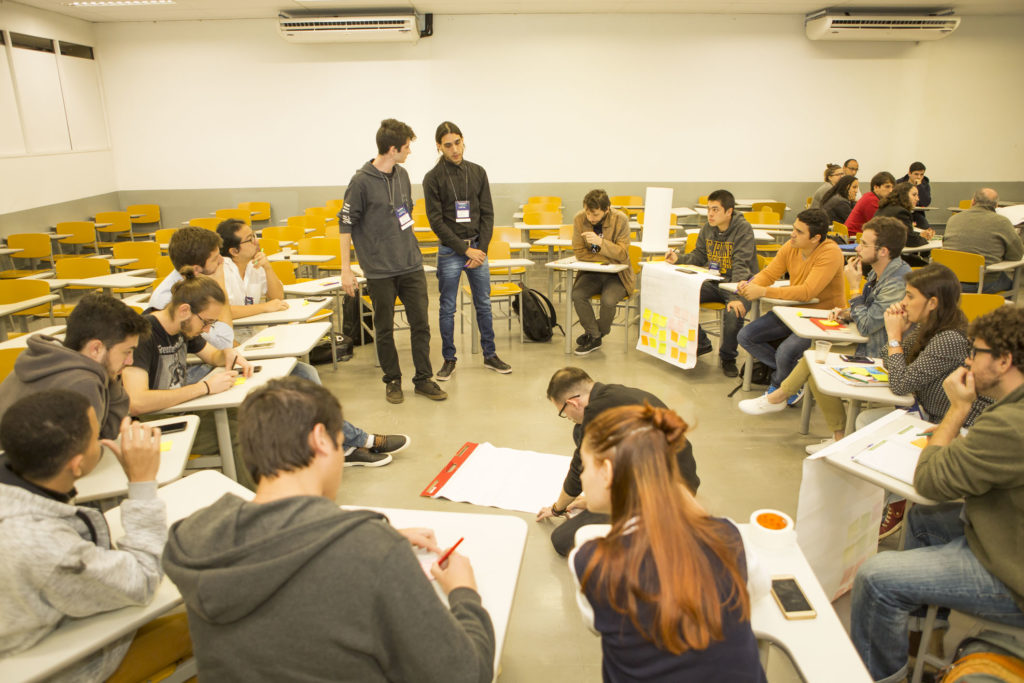 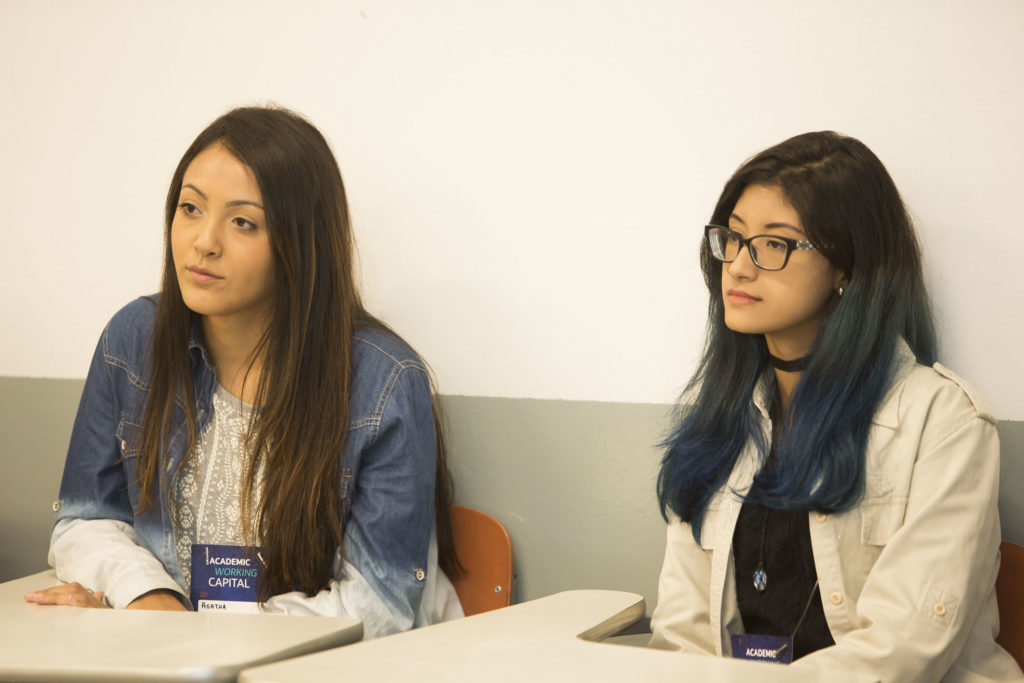 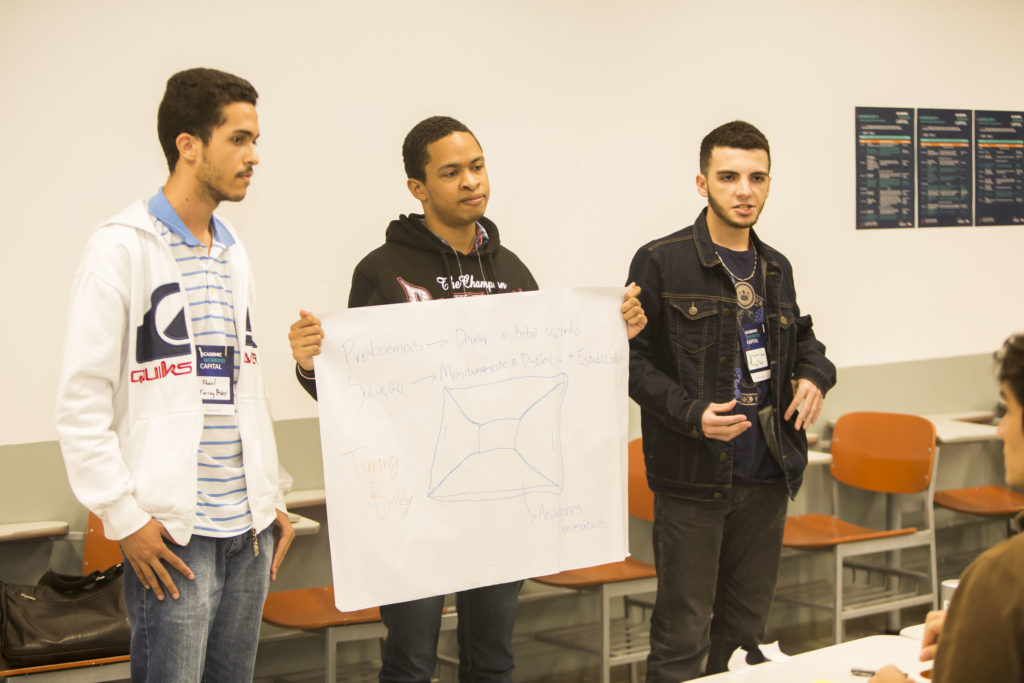 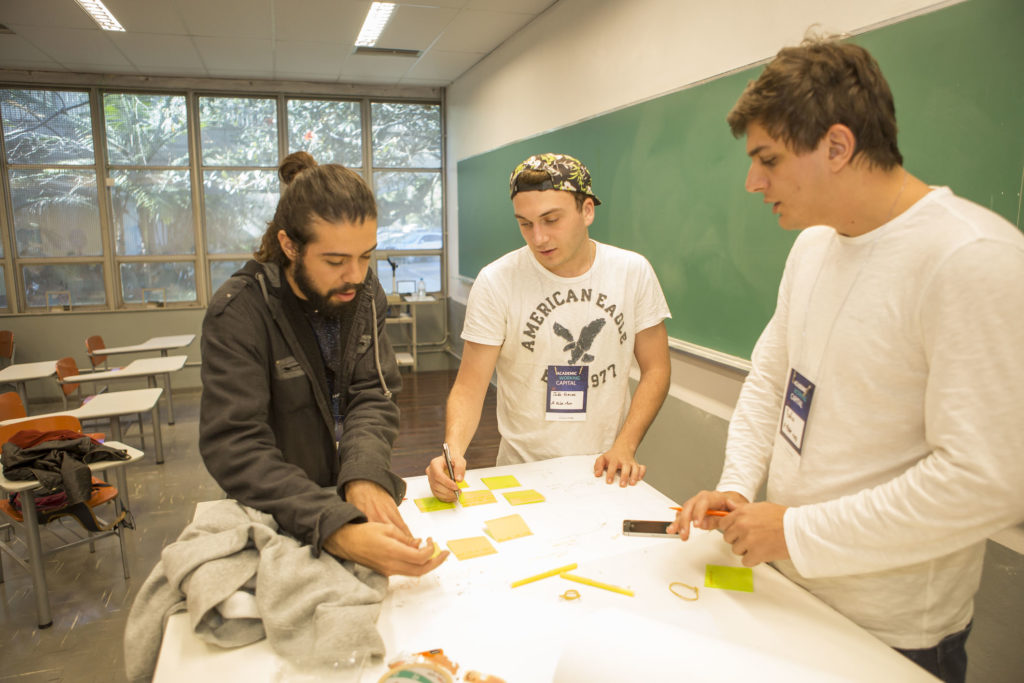 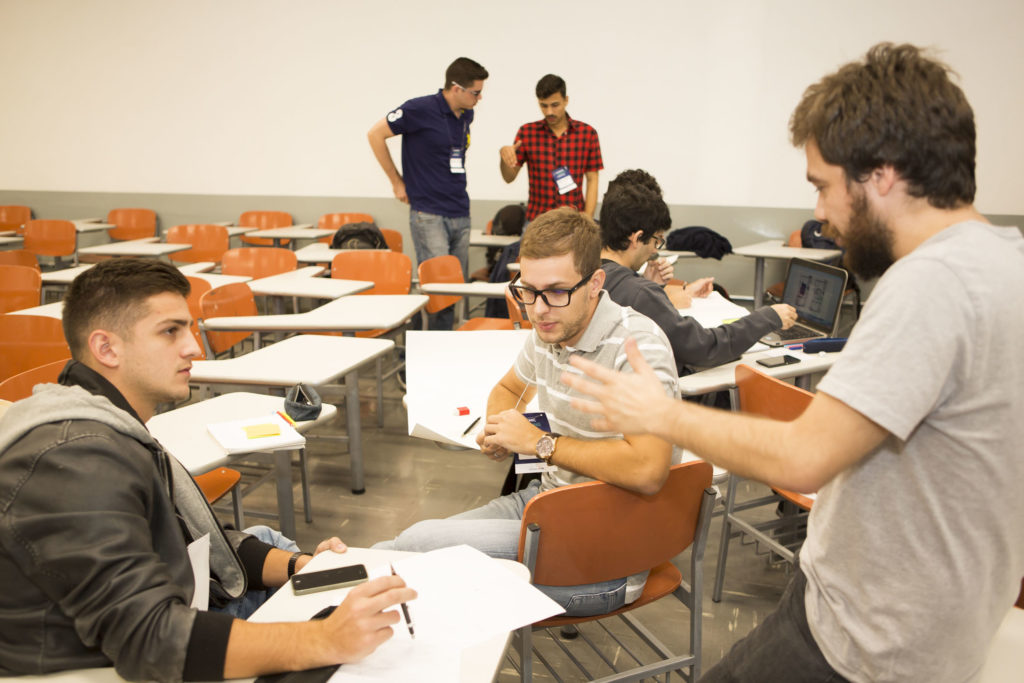 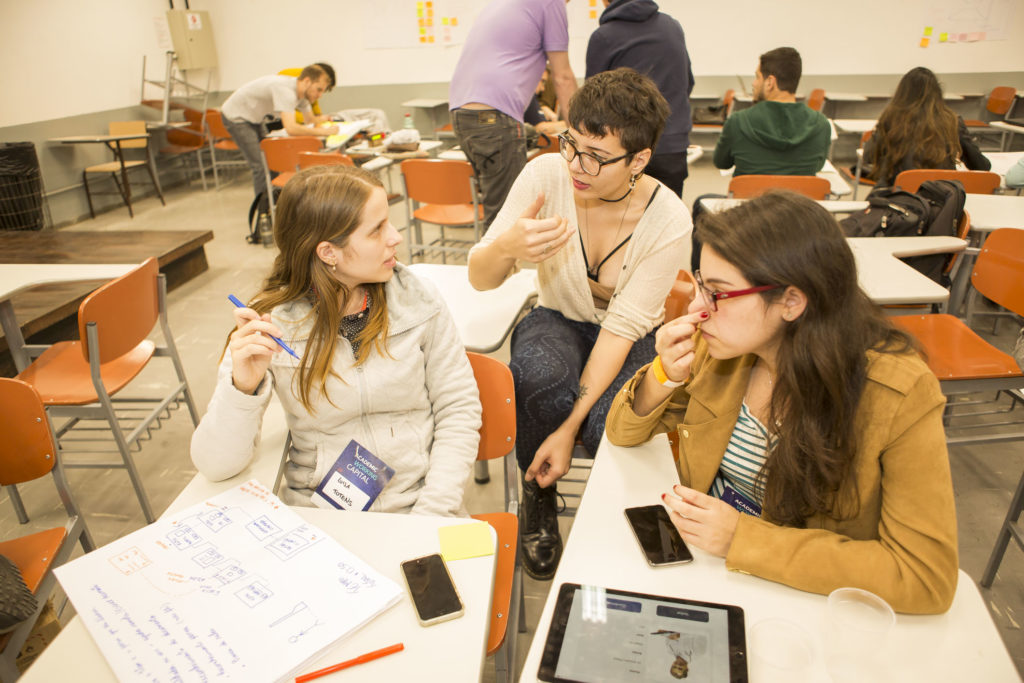 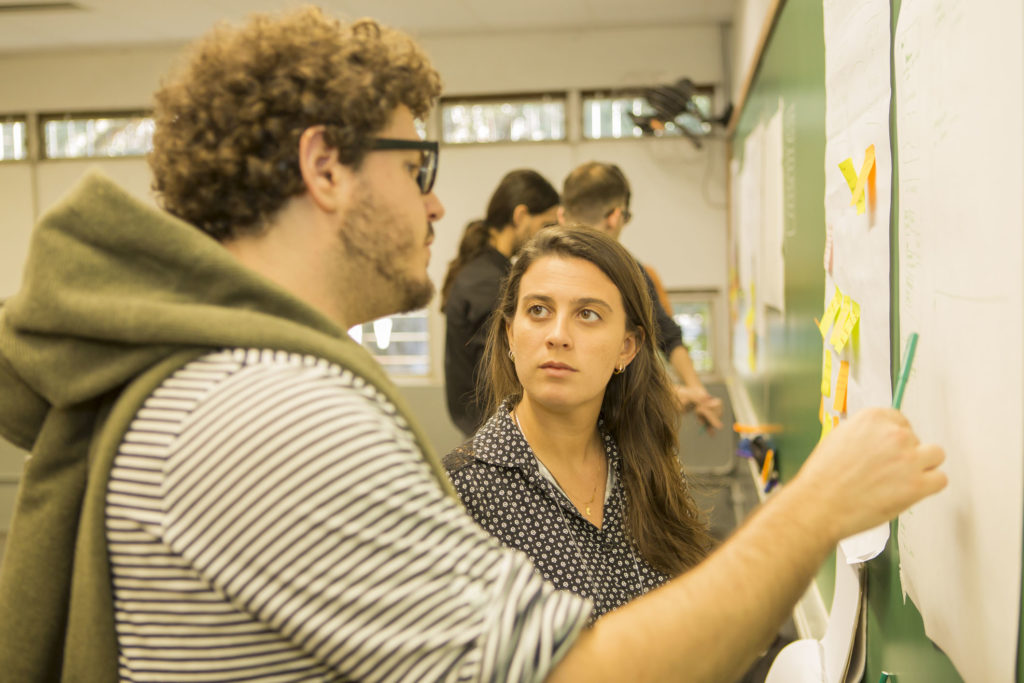 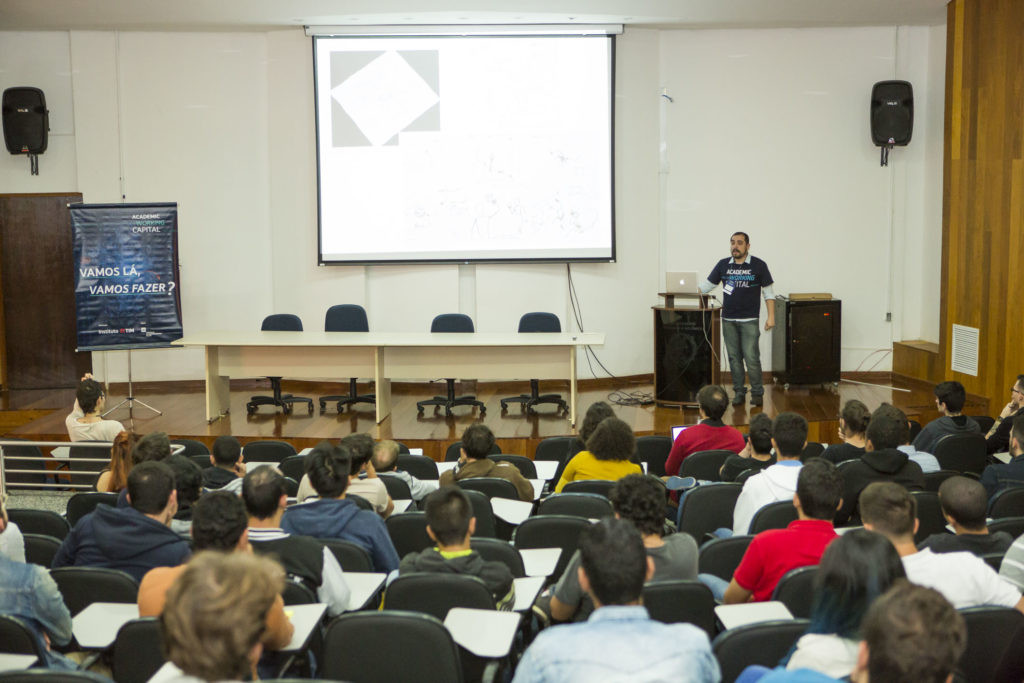