Investors get to know AWC’s projects in Fair

The last day of Academic Working Capital 2017 Workshop II, on July 19th, began with a flipped classroom session. Divided into two classrooms of the Mechanical and Naval Engineering building of the Polytechnic School of the University of São Paulo (Poli-USP), the groups met with their respective AWC coordinators to present hypothesis on their solutions and the tests and experiments they intend to do with potential customers and users to validate them. Coordinators and colleagues also contributed with suggestions and feedback.

Back in the auditorium, students attended a lecture by André Ghion, co-founder of the accelerator Move2, who mentioned characteristics of a business that attract investors. “Basically, the investor is looking for people who do, who can execute a dream, an idea, a project of someone, that does not have to be yours, and turn it into reality”, he said. Among the highlighted aspects are innovation, scalability and business sustainability. In addition, a startup needs to have the demand and business model minimally validated and to conquer the first customers to have more chances with investors. “The most important thing is the sustenance of your startup’s history, if it has consistency. Every time an investor finds an inconsistency, he steps back.”

The next hours of the day were dedicated to the preparation of materials for the presentation of the groups at the Intermediary Investments Fair. Posters, prototypes, images, videos and designs of the projects were displayed in totems in the lobby of the Mechanical and Naval Engineering building. The groups were able to present their solutions to investors, USP professors and other professionals that were invited. Among them, there were Roberto Sekiya, undersecretary of Entrepreneurship and Micro and Small Business of the State of São Paulo; Rafaela Herrera, Operations analyst at Startup Farm; Marco De Biasi, managing partner of the Latin American Angels Society (LAAS); Marco Poli, angel investor of Anjos do Brasil; and Manoel Horacio, president of Instituto TIM.

Check out the coverage of Workshop II also on Twitter

“I have been following AWC since last year, and we are seeing an evolution and how important this program is, because the whole project has encouraged and even instigated young people to discover innovative solutions”, the undersecretary said. “I think it is a very important role, because in Brazil we still have a very large gap between what is produced within universities and the needs of the market. So it is very nice to see how we already have projects that are trying to stimulate this bridge and teach students to think about technologies and solutions that help solving real problems in the market”, Rafaela said.

After the Fair, the AWC coordinators, Marcos Barretto and Diogo Dutra, thanked everyone present and explained the next steps of the program. Roberto Sekiya and Manoel Horacio also spoke to the audience during the closing. “You are only starting and already have fabulous ideas, some ideas that I even told that in the short term are more difficult, but you have a fabulous vision of the future, that my generation did not have”, the president of Instituto TIM said.

The groups will continue to have weekly monitoring until December, when there will be Workshop III and the Investments Fair. Online Workshop II will be held in October. 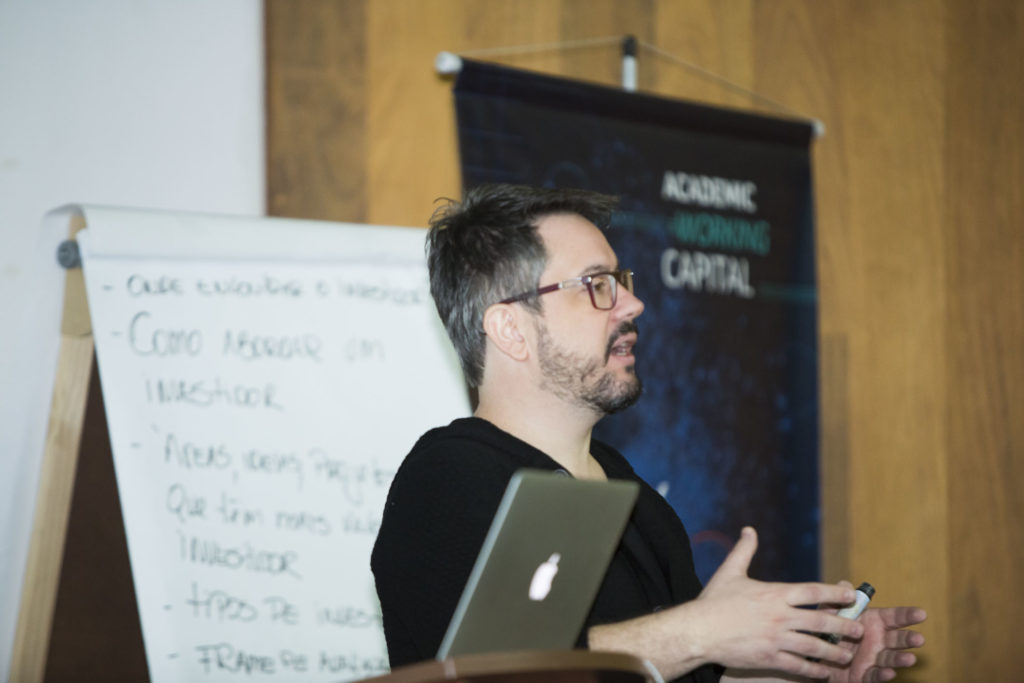 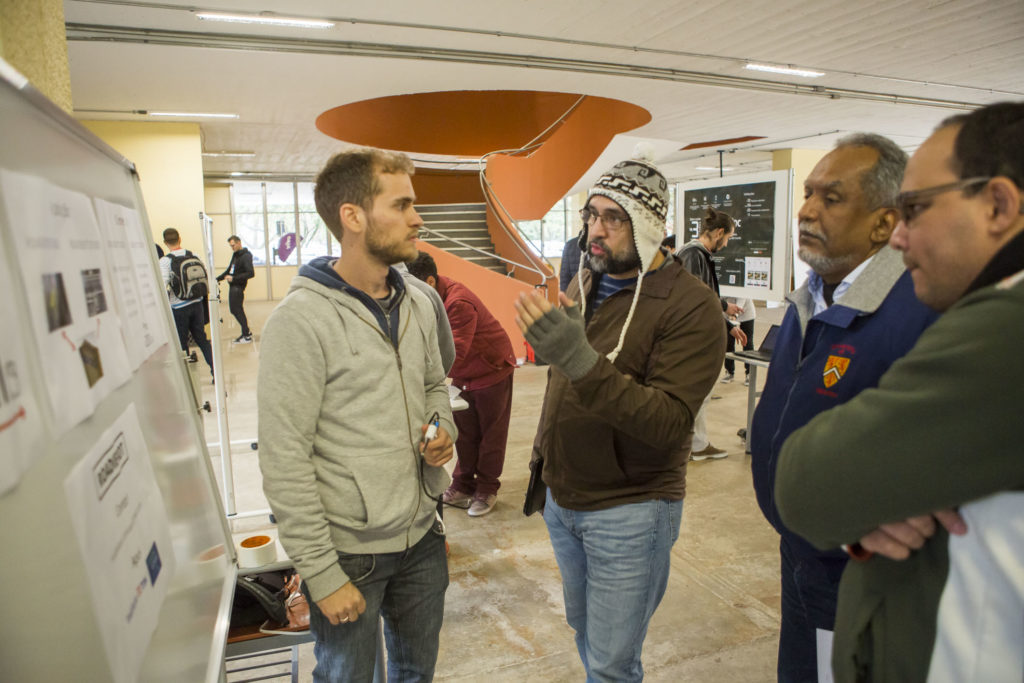 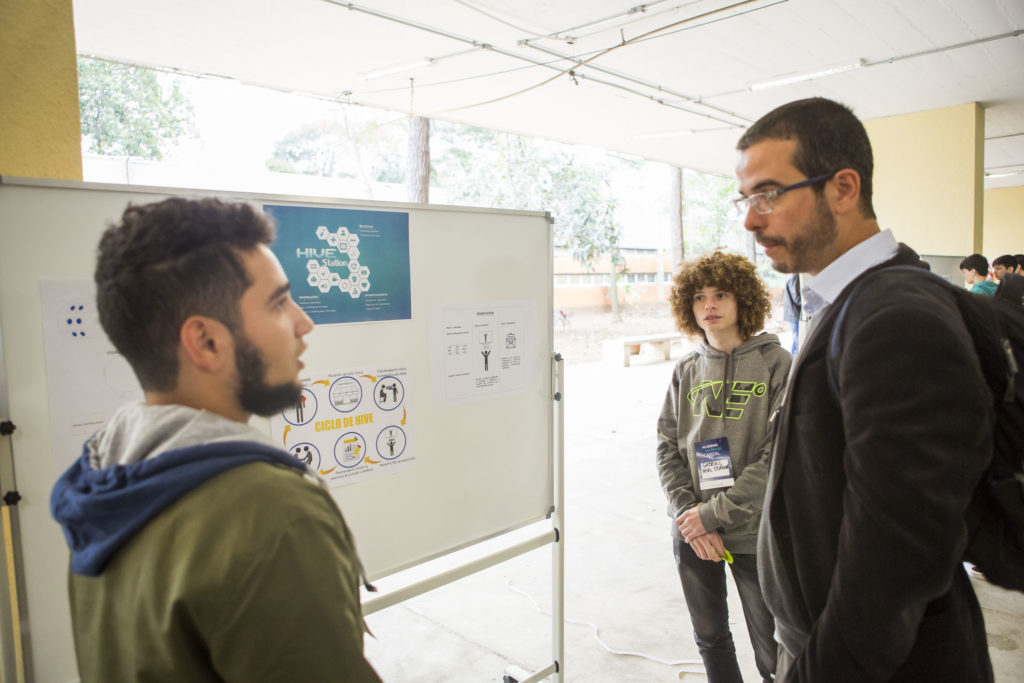 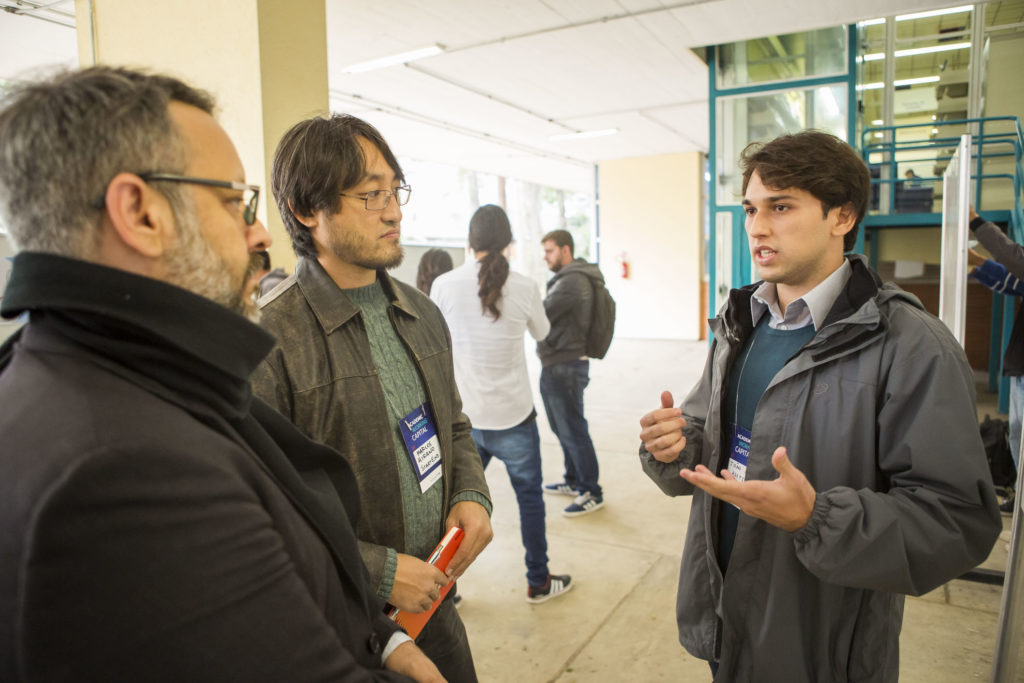 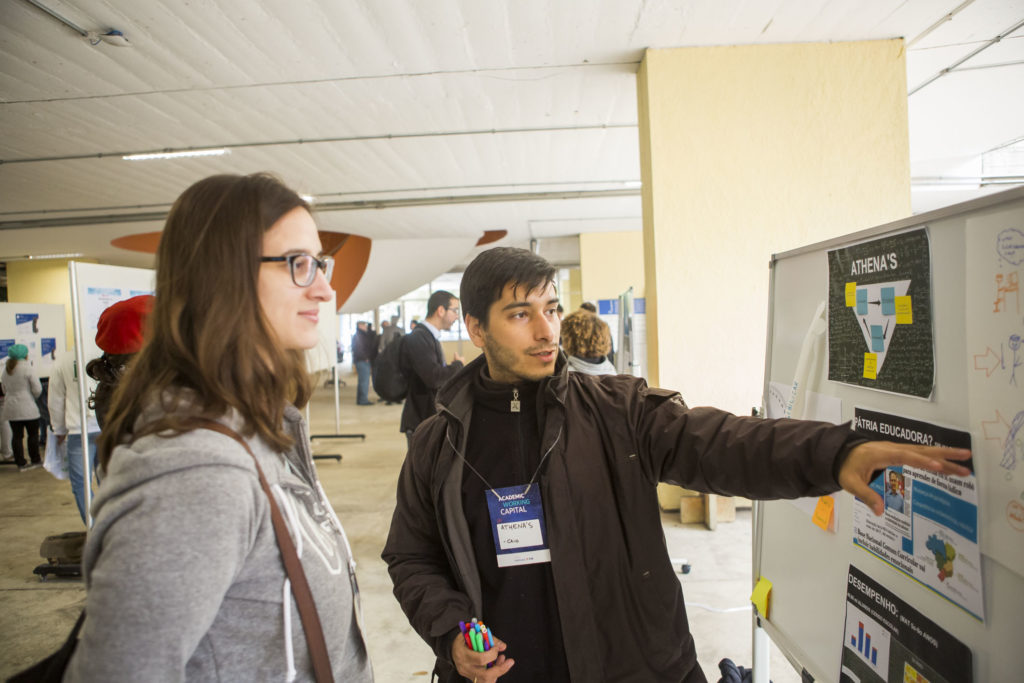 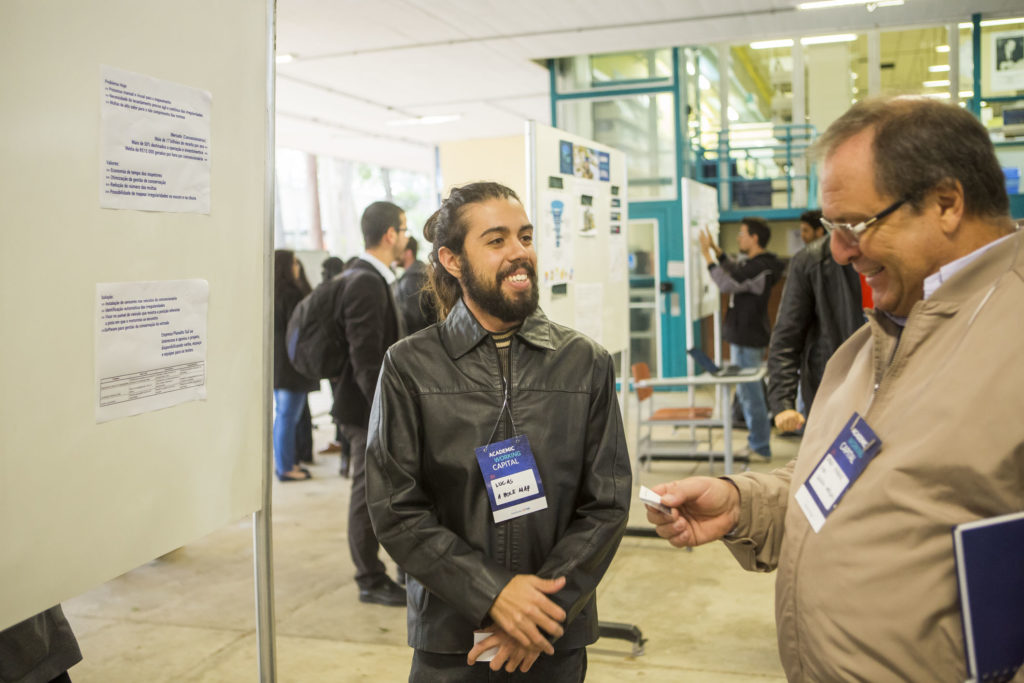 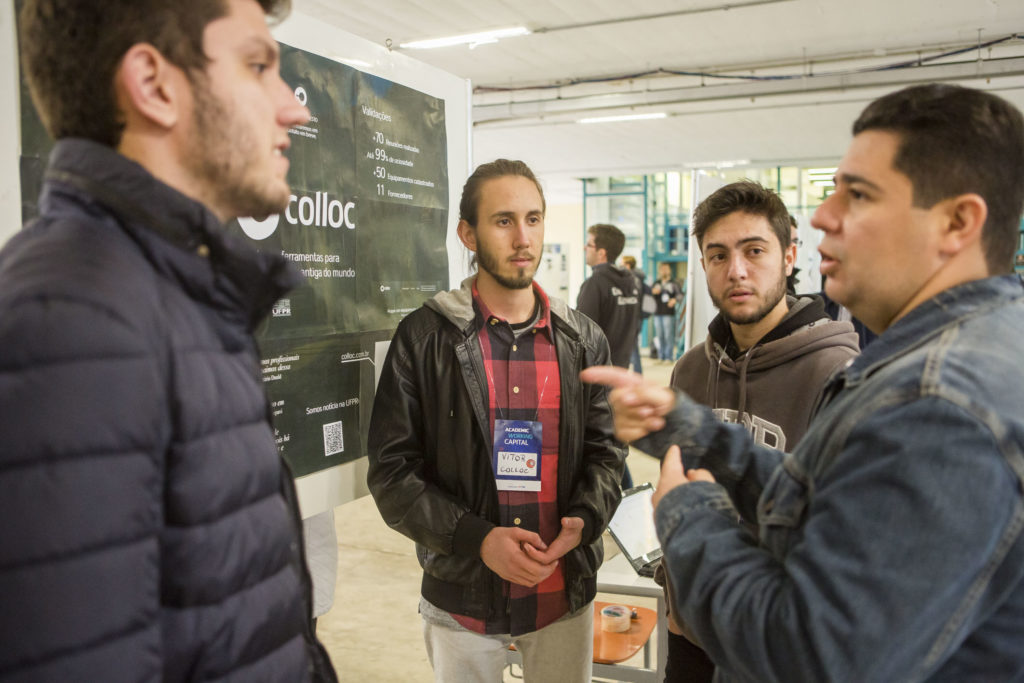 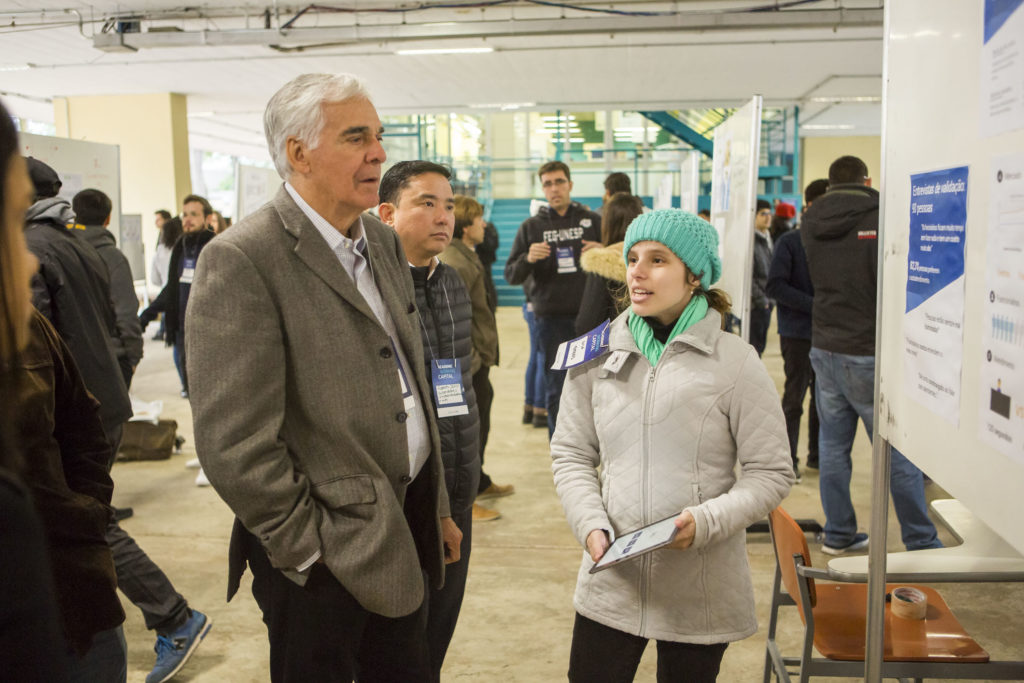 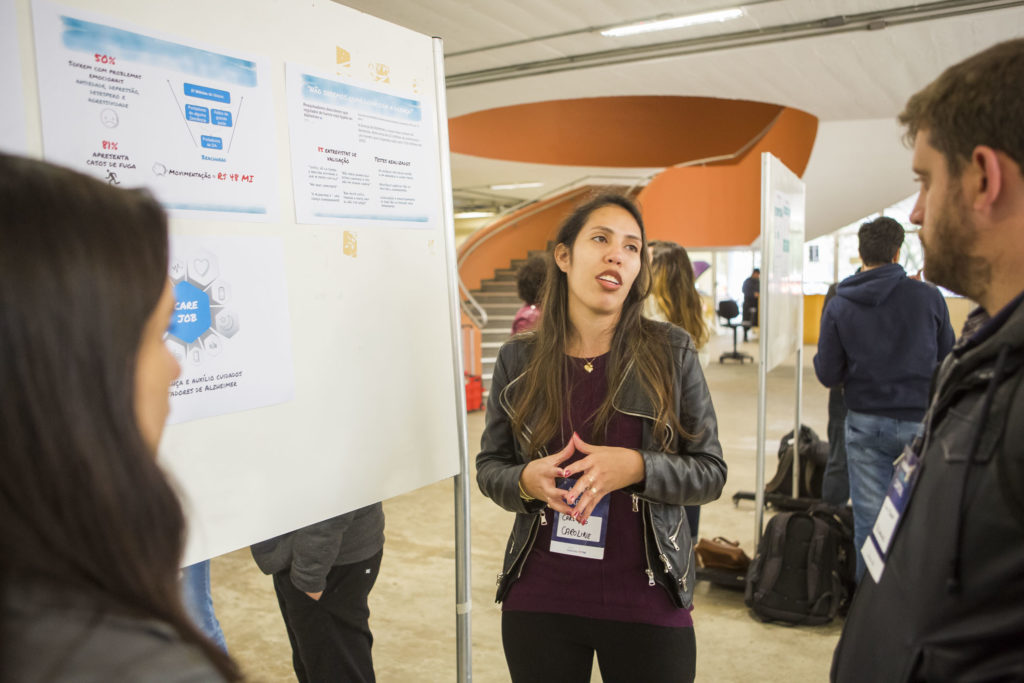 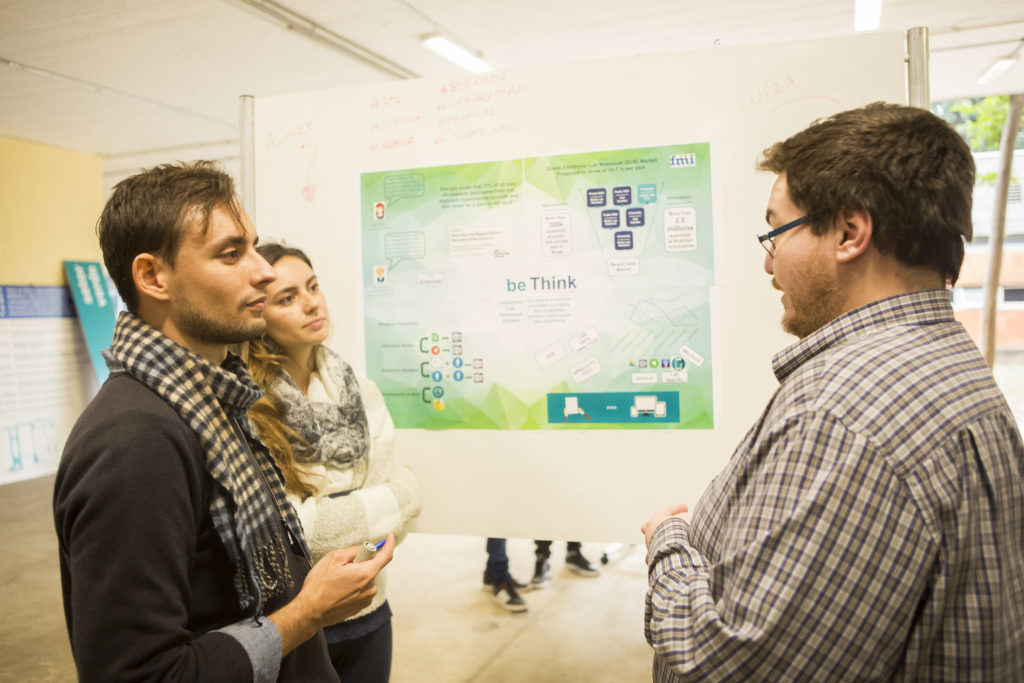 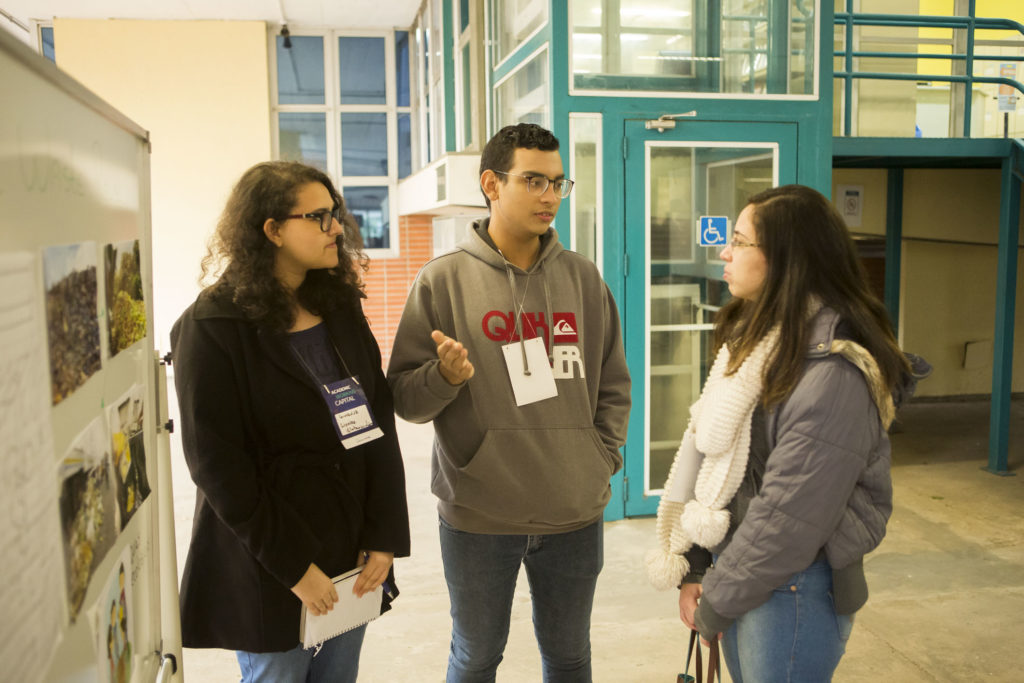 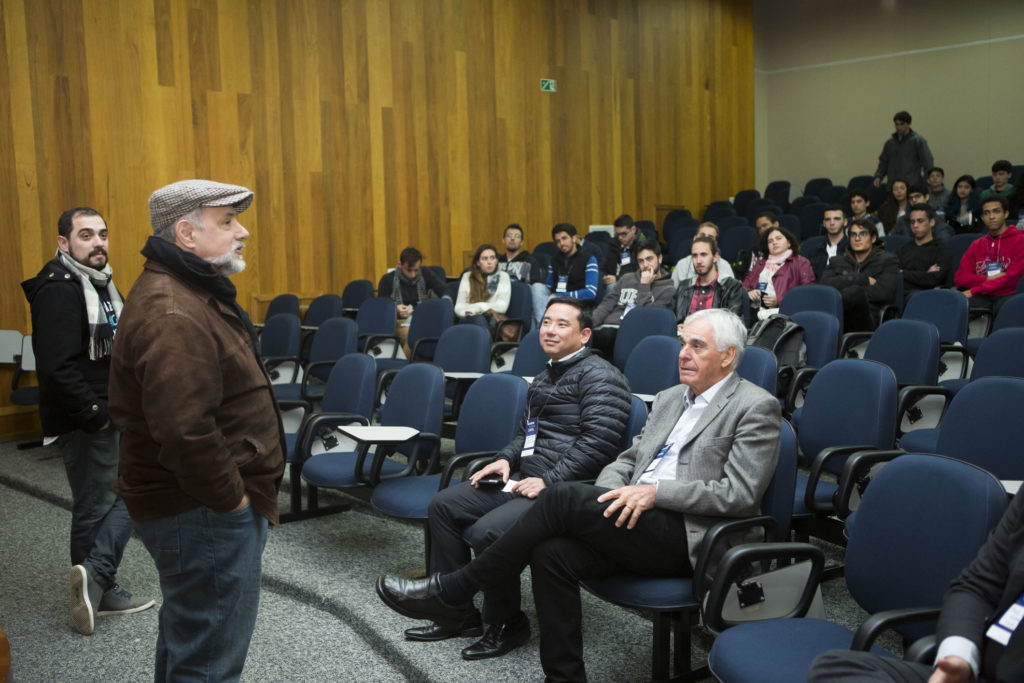 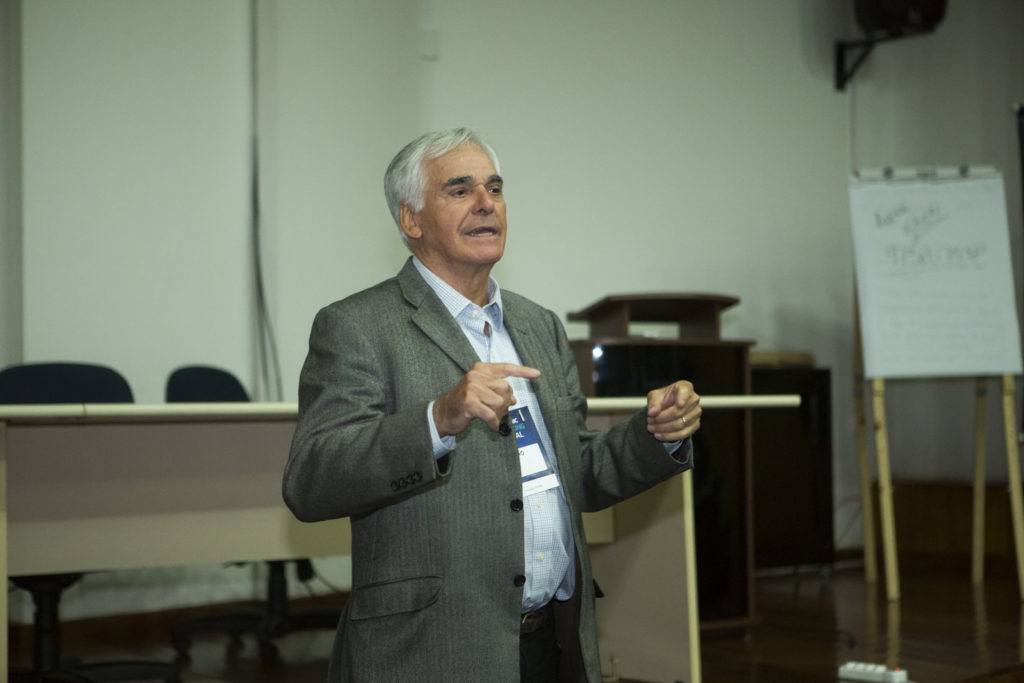 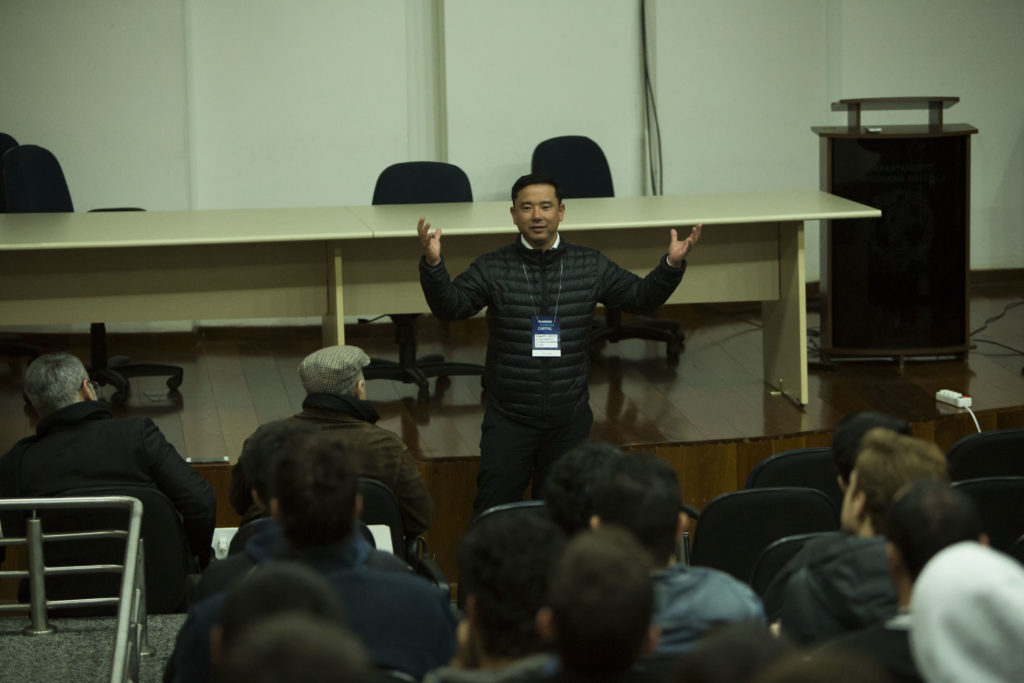