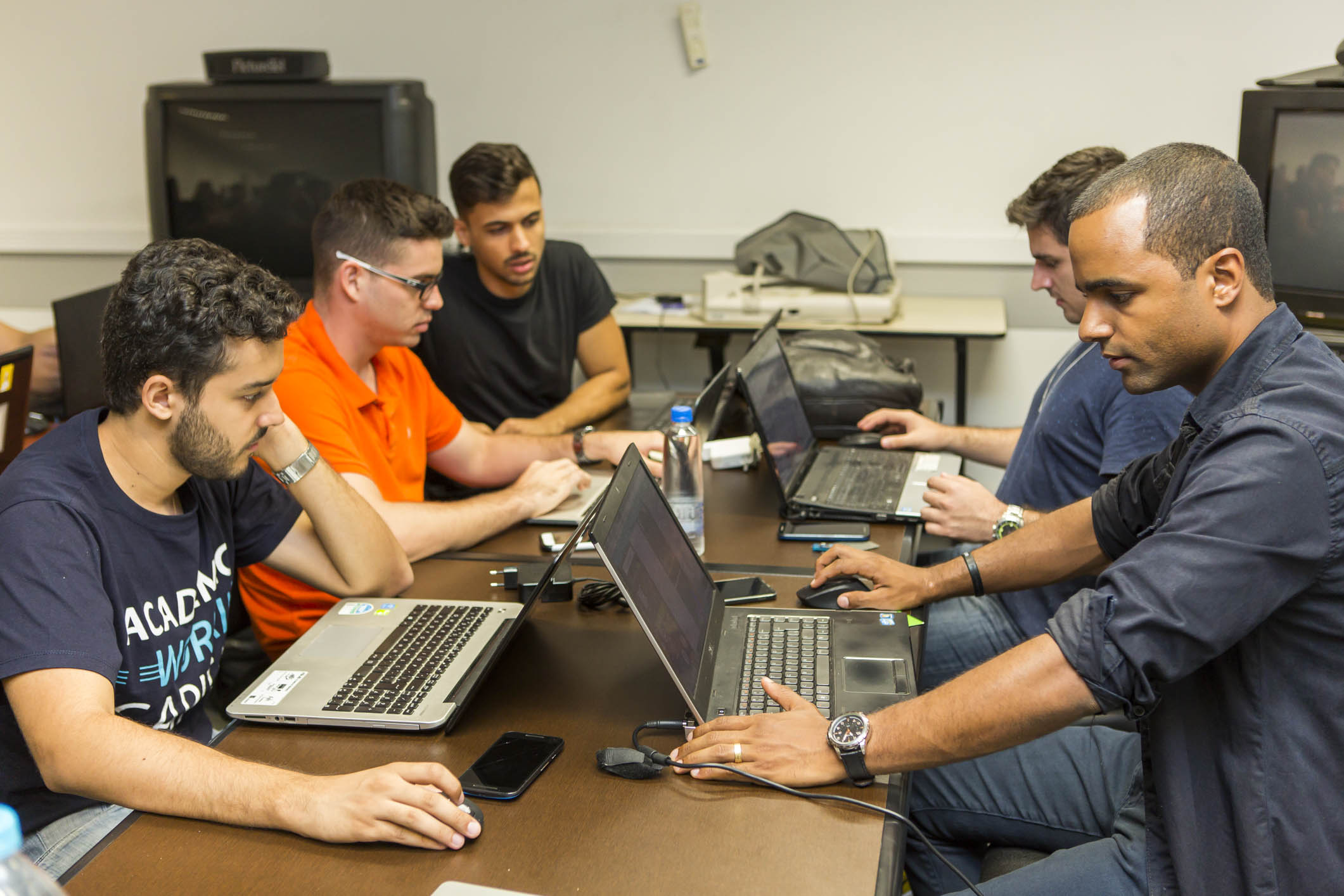 The 22 participating groups of Academic Working Capital 2017 are gathered in São Paulo-SP for Workshop III – the last face-to-face meeting before the Investments Fair, which takes place on December 13th. The first day of the event was held on December 11th at the building of Mechanical and Naval Engineering of the Polytechnic School of the University of São Paulo (Poli-USP). In addition to the preparation for the Fair, the discussions of the Workshop III have a very important objective for the groups: reflection and planning for the months after the AWC.

Register freely to participate in the Investments Fair 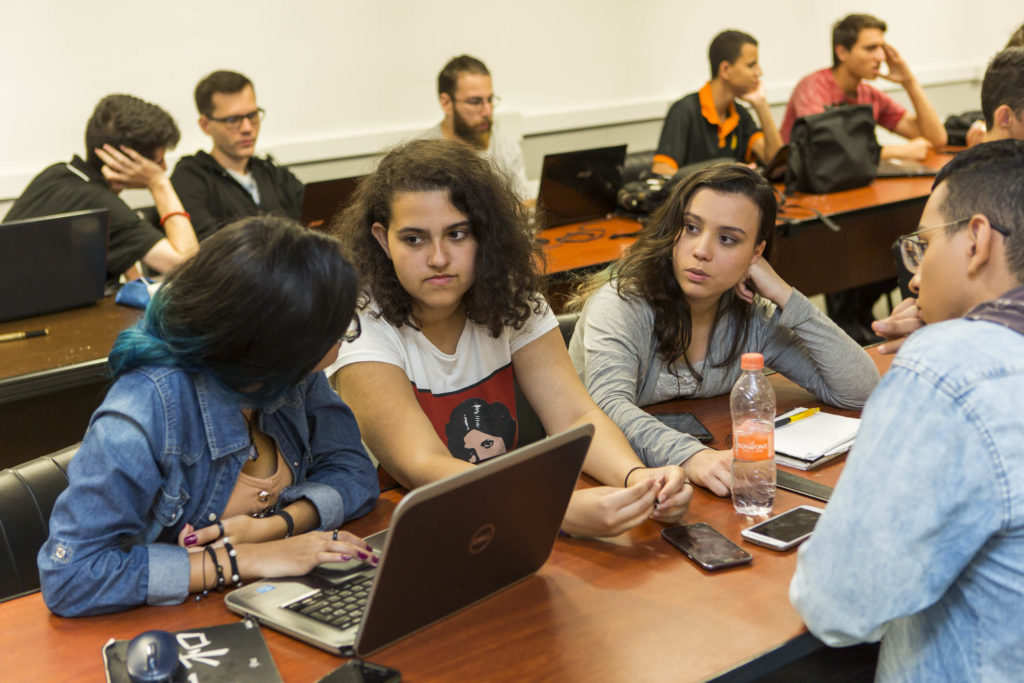 And this was the reflection that marked the opening of the event, conducted by the AWC coordinators Marcos Barretto and Diogo Dutra. Marcos proposed a dynamics in which the students were invited to list the things that could prevent them from continuing to undertake. The participants mentioned factors such as financial instability, insecurity for being newly graduated, and the difficulty in keeping paying customers. Among the advices offered, Marcos pointed out that, in the end, this choice depends exclusively on each of them. “It is not possible to look backwards; life goes only forward, there is only one direction. Stick to your decisions.” 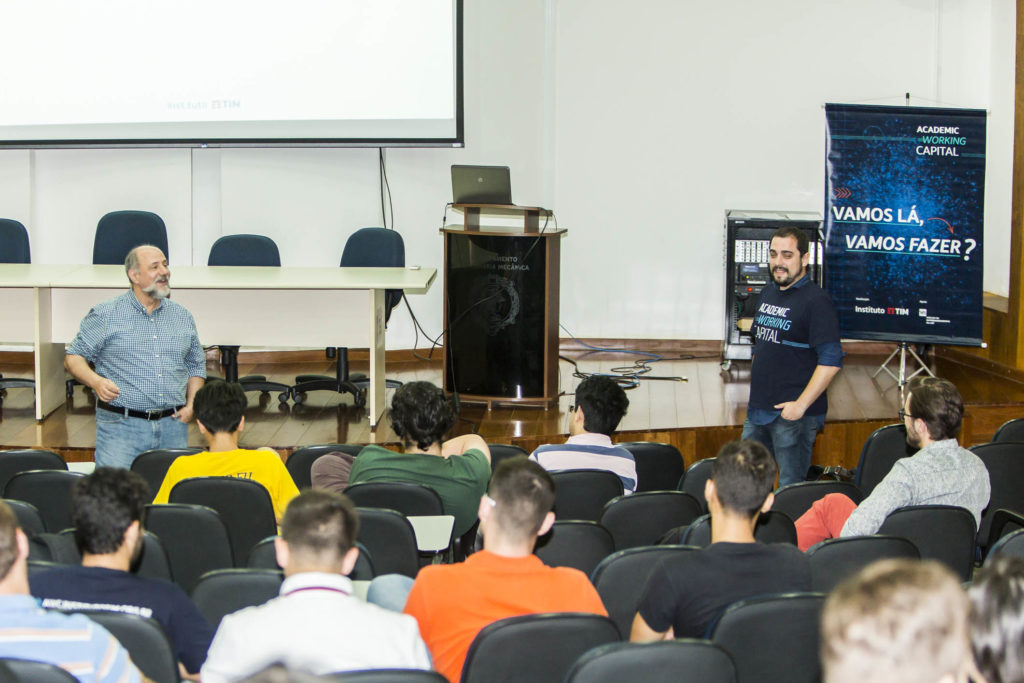 Diogo also remembered what was done during the year and highlighted some numbers of this edition: 61% of the selected groups remained until the end, 17% got paying customers and 34% conquered early adopters. Leonardo Kalinowski, who attended AWC 2016 with the group NanoTropic, spoke to the participants about his experience in the program and on the status of his startup at the moment. “If you believe in the project, it is worthy to move on. It is gratifying,” he added. Leonardo will participate in the Workshop III and the Investments Fair to help guiding the groups. 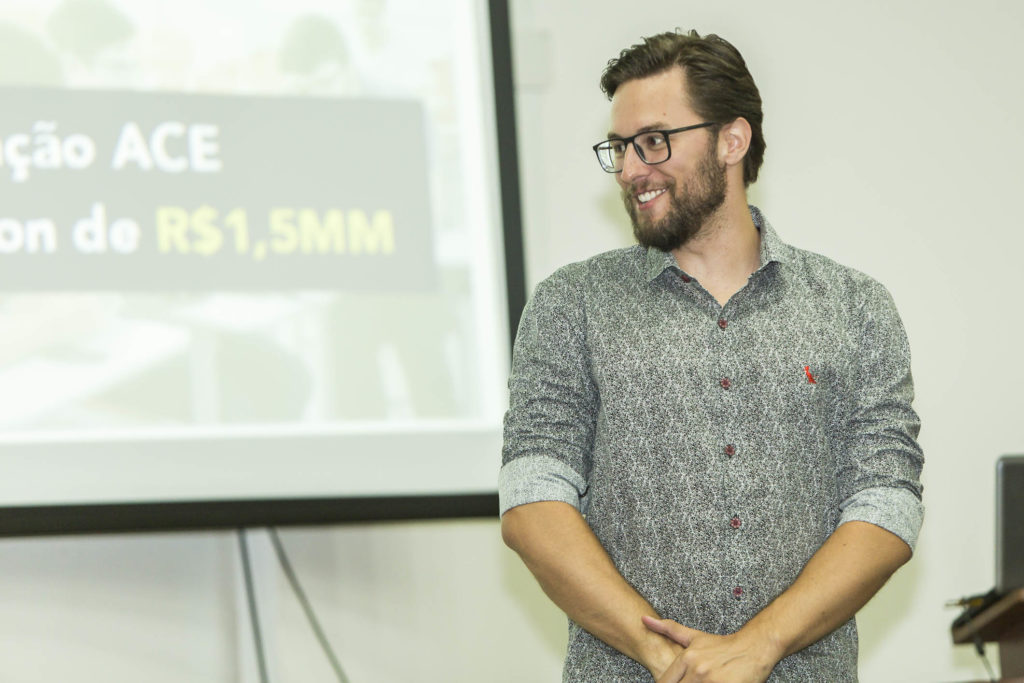 In the afternoon, lawyers Aline Quadros and Aline Mapelli, from the intellectual property consultancy HQ Advisory, lectured on an essential theme for those initiating an enterprise: formalization of the startup. “Many startups are taken aback by issues such as labor lawsuits and they fail due to the lack of formalization,” said Aline Mapelli. The lawyers explained the meaning and what is required to formalize a company, the care with contracts and confidentiality agreements, differences among the types of companies, tributary options and labor issues. “The formalization is a way to limit the responsibilities, to take risks with consciousness,” said Aline Quadros. 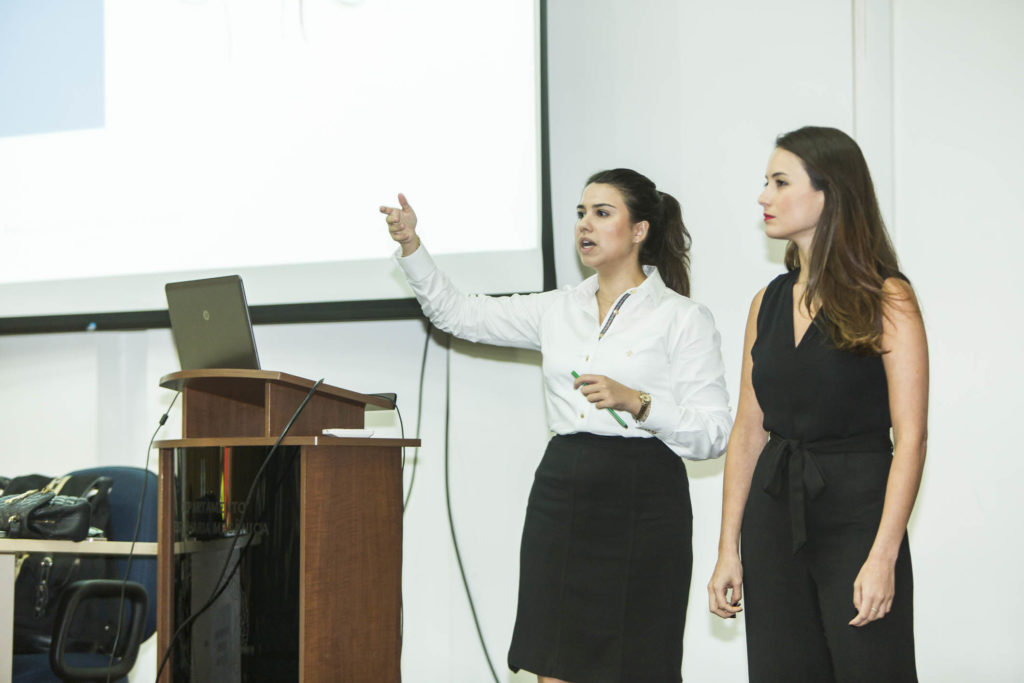 The pitch was the theme of the last lecture of the day. Diogo presented three types of pitch and gave hints for the students to prepare their speeches and present the products as clearly as possible, especially for the Fair. “The important thing in this first approach is to try to capture the reaction of the person, in order to improve the next approaches,” he commented. In addition, he showed the pitch decks of the company AirBnB and the startup MVisia (participant of AWC 2015) as examples of success. 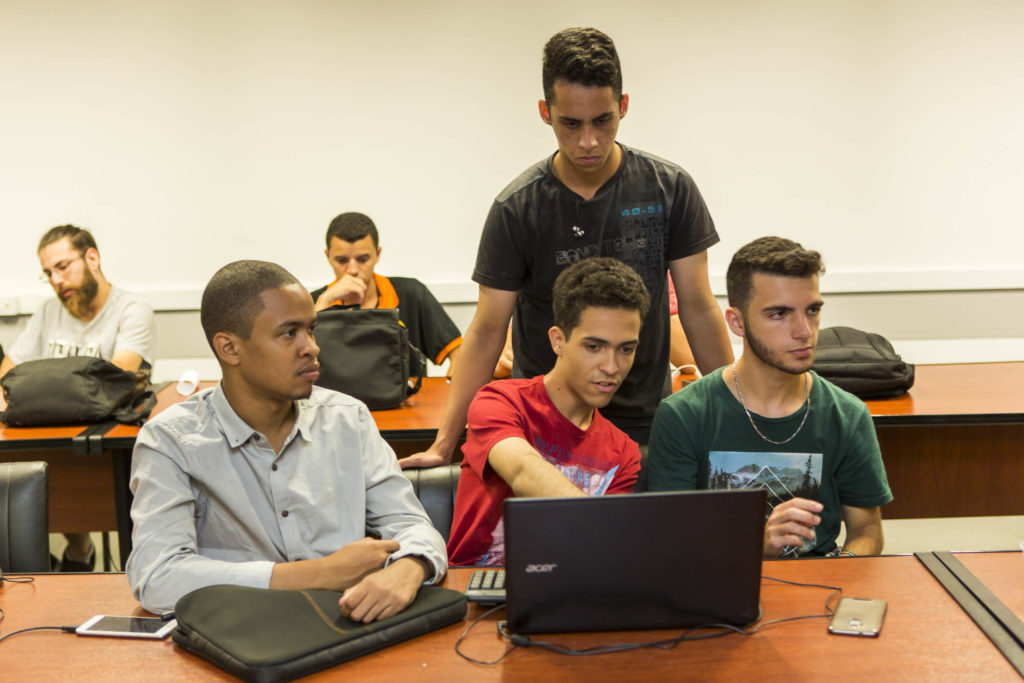 Throughout the day, the groups also gathered to improve the pitch deck and the financial worksheet. Each group presented their worksheet and discussed with their coordinator the plans for the next six months. 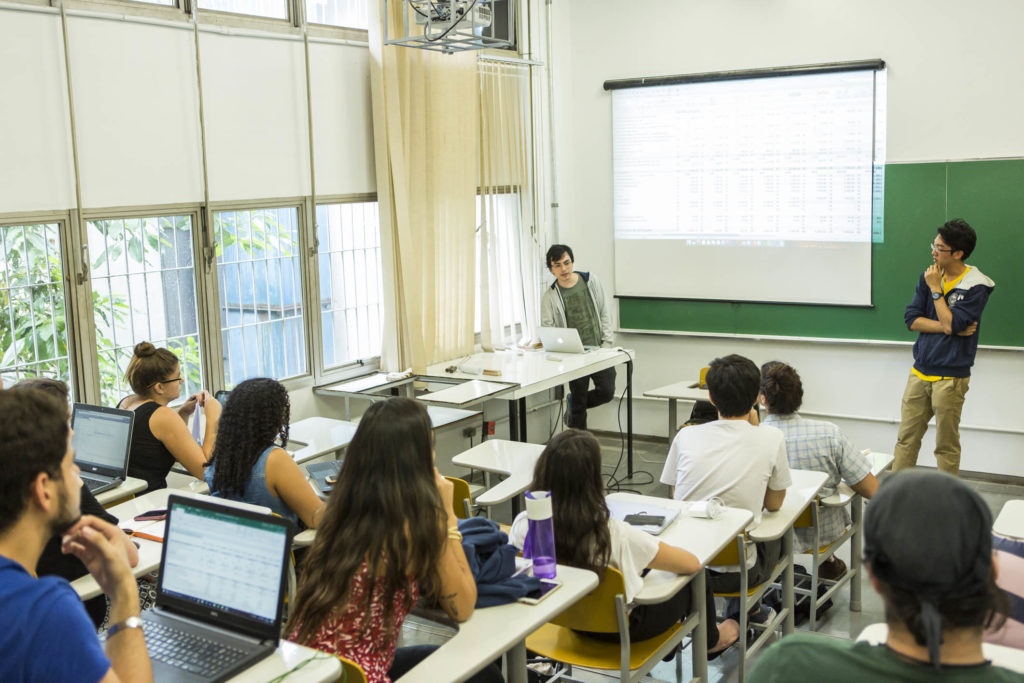