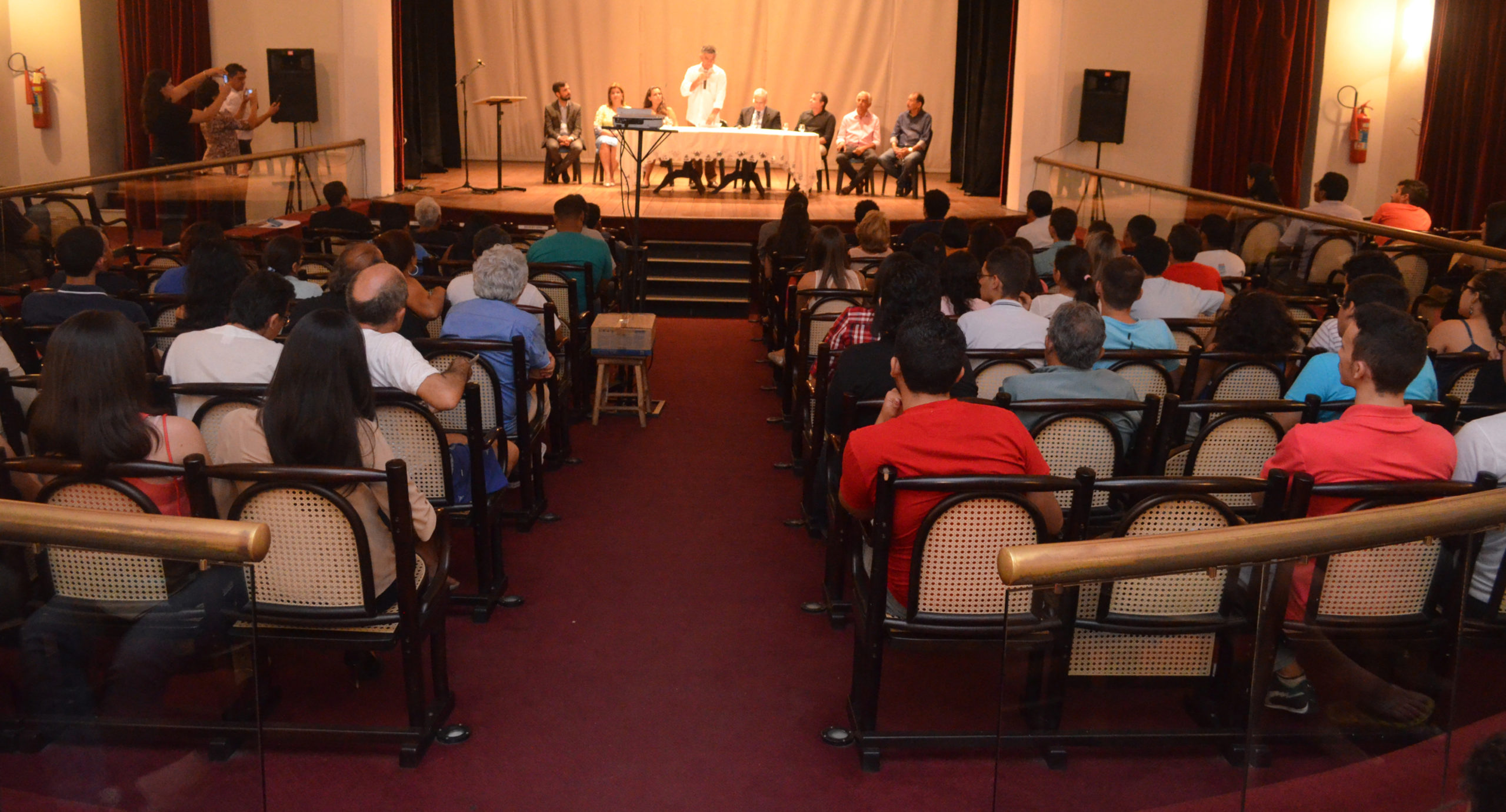 Sobral, in Ceará, is the third municipality/state in the country to implement the Mapas Culturais platform. The tool’s launching – which is called Sobral Cultura and can be accessed on cultura.sobral.ce.gov.br – was held on the evening of January 29th, at São João Theater, downtown. Around 100 people attended the event, among them, mayor Veveu Arruda, the municipal secretary of Culture and Tourism, Eliane Leite, representatives, authorities, cultural agents and stakeholders.

In his speech, Veveu Arruda recalled that Sobral is an important point and has a rich culture – the city’s architectural and urban complex has been a historic national heritage since 2000. The mayor said the implementation of Mapas Culturais/Sobral Cultura is a recognition of the city’s wealth, as there are cultural events that are not known even by the population. “Nowadays, being on the internet means to exist. And from the moment that you are on the network, you are not only in that place, you are in the world,” he said.

Secretary Eliane Leite pointed out that the platform contributes to the enhancement of cultural spaces and cultural manifestations of Sobral, opening the possibility of a joint mapping. Anna Carolina Meireles, from Instituto TIM, recalled the Institute’s 1-year anniversary and spoke of the happiness of delivering a cultural mapping solution to Sobral. At the end of the ceremony, a platform demonstration was held and people from the audience asked questions.

A team from Sobral Municipal Department of Culture and Tourism now intend to start a mobilization work for cultural agents to create their pages on the platform. The intention is to always show Mapas Culturais/Sobral Cultura in the meetings with agents and go into the field to map these professionals and register them. In addition to Sobral, the Mapas Culturais platform has already been implemented in the municipality of São Paulo and in the state of Rio Grande do Sul.