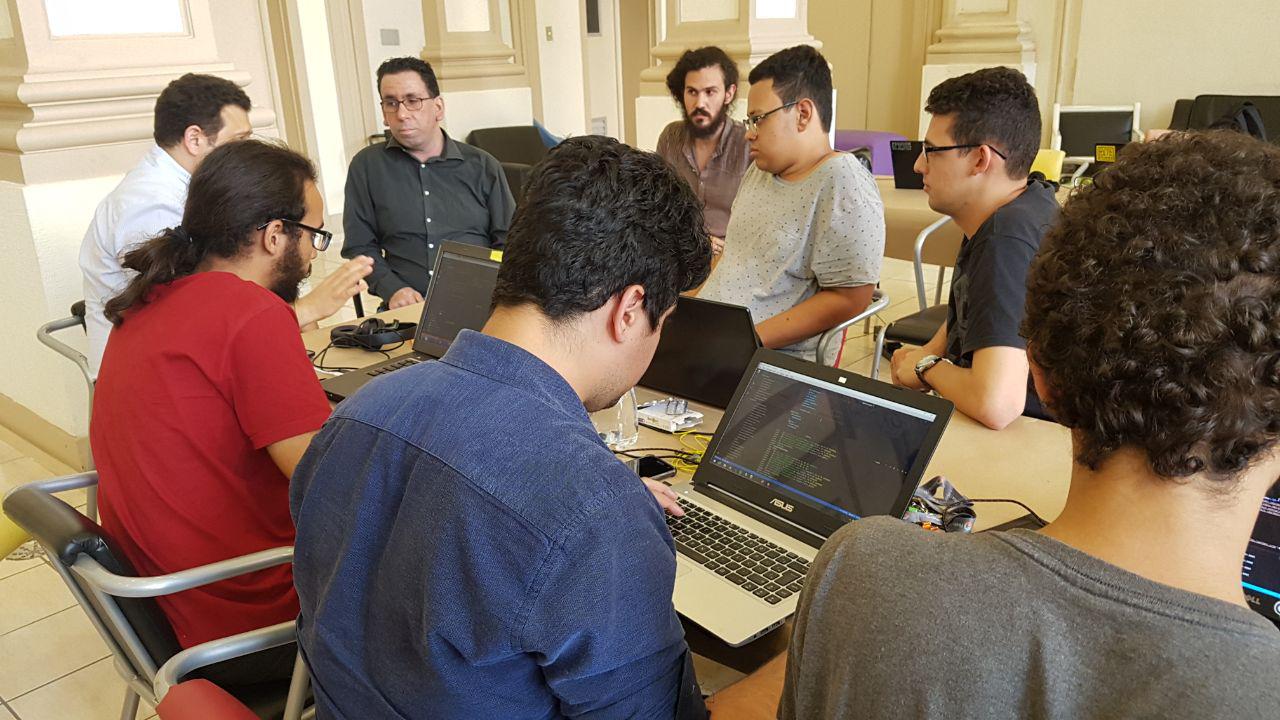 The SP Estado da Cultura platform, a deployment of Mapas Culturais in the state of São Paulo, has gained new suggestions of functionalities in a development marathon dedicated to it. The 1st Hackultura was organized by the collective Nós Livres, Observatory of Creative New Business (ON2C) and the State Department of Culture of São Paulo (Secult), with the support of Instituto TIM, and gathered about 20 hackers, developers and cultural agents to think about solutions to improve the platform. It was a 24-hour event held in December 8th and 9th at Estação Cultura and it awarded the two participating teams.

The opening of Hackultura was performed by the assistant state secretary of Culture of São Paulo, Romildo Campello; the coordinator of the IT and Communication Center of Secult, João Carlos Fressa; the developer of Secult Ander Pires; the representative of the collective Nós Livres Thiago Paixão; and the representative of Instituto TIM André Aprígio. Romildo commented that the event has a symbolic objective of collective construction and a practical objective of updating the SP Estado da Cultura platform. “This updating is intended to enable us to disseminate information with agility, with quality. Popularize and transform the tool so that it can actually connect, develop and transform the culture more and more,” he stated.

André added that the solutions created in the event may, in the future, be integrated to the SP Estado da Cultura platform and replicated to other deployments of Mapas Culturais. “We believe that the power of the project belongs to this interested group, willing to work so that Mapas Culturais can be a relevant technology due to its functionalities and, above all, to its use,” he said. 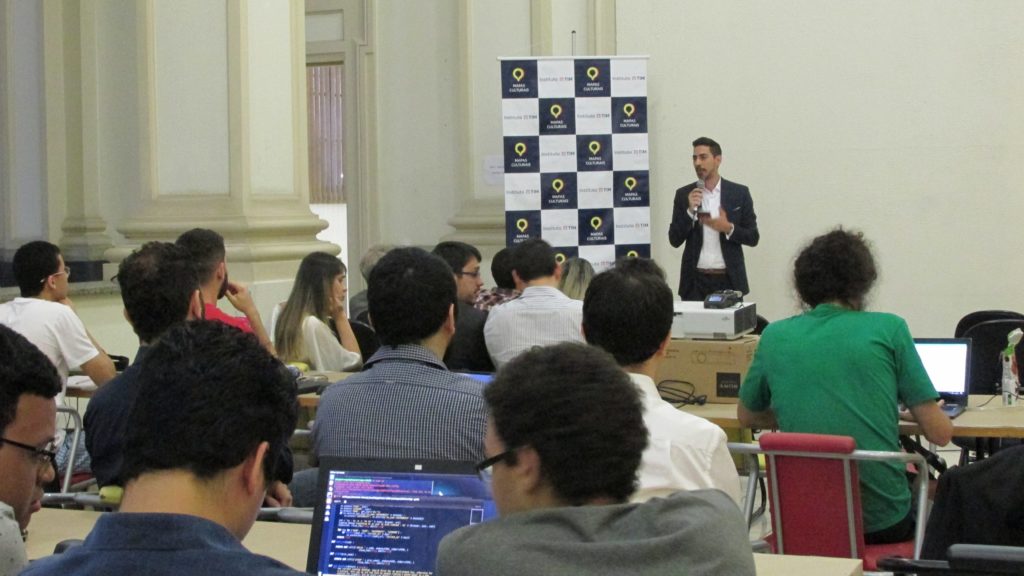 After a presentation of the Mapas Culturais platform, both teams initiated a work marathon that lasted from 9:30 pm to 4:30 pm in the next day. The groups counted on the support of a team of mentors formed by Ander Pires; Thiago Paixão; Gabriel Lara Baptista, Debora Canne and Daniel Ferreira de Barros Junior, professors from the Technology area of Uninove; and Felipe Cabral, Gustavo Lima and Vitor Kato, developers of the Mapas Culturais team. The participants could also attend the lectures that took place simultaneously to the Hackultura in the event The Future in Culture, also organized by Secult. 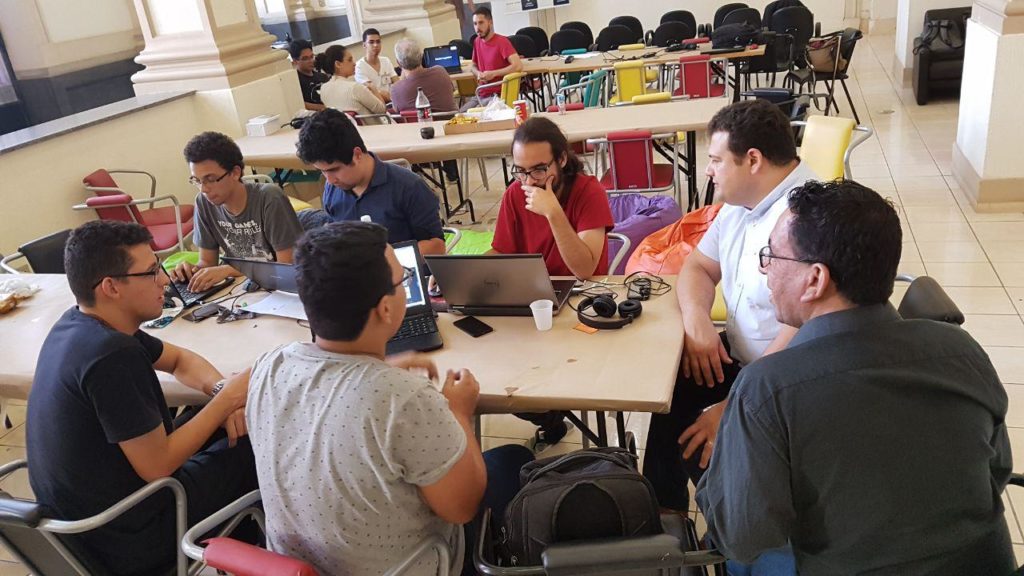 One of the groups developed new functionalities for the app of cultural agenda: notification of events per category of interest and at every new event registered and the possibility of sharing in social networks. As for the other group, they created a system that uses the API of Mapas Culturais and allows users to verify the availability of cultural spaces during a selected period, the documents needed to reserve it and to request the reservation by means of the tool itself. The teams were awarded with Raspberry computer cards, technology books and registrations in distance-learning courses. 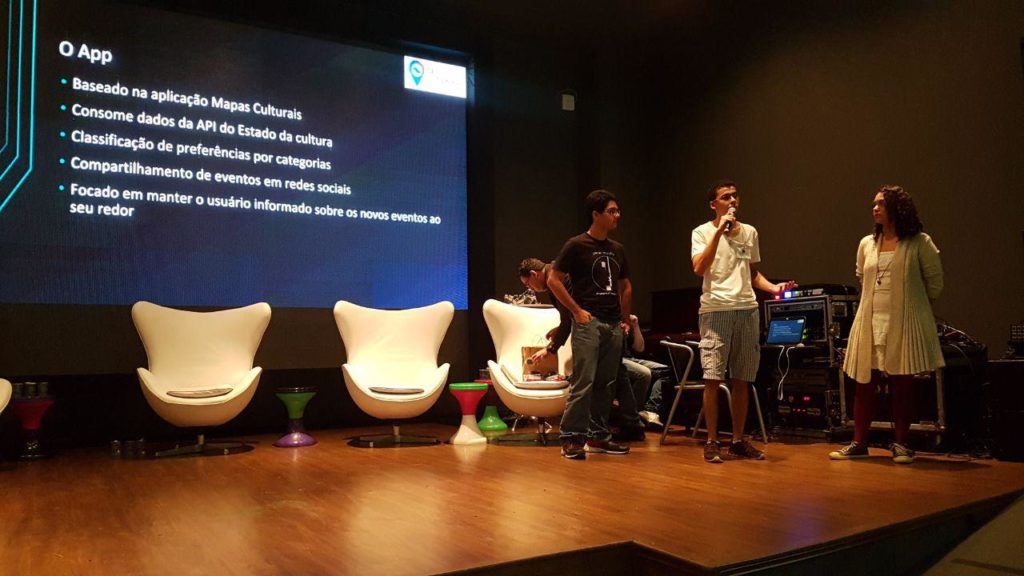 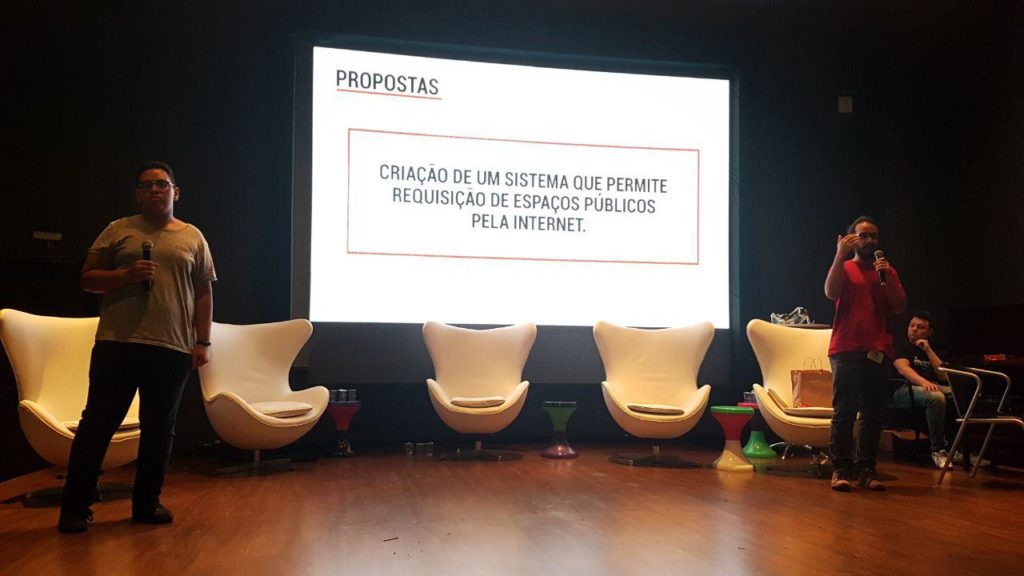