News on Bateria do Instituto TIM 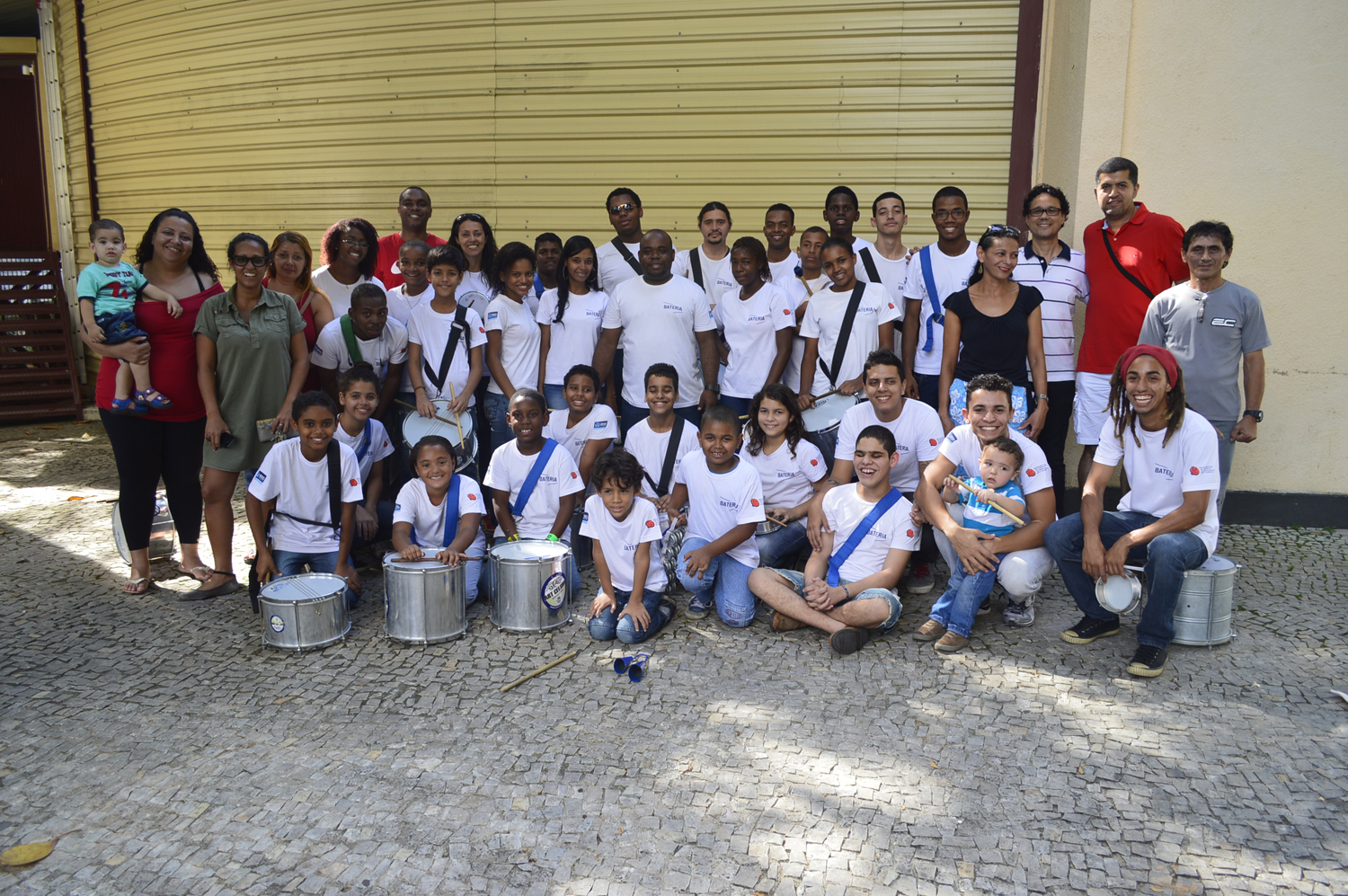 From July 19th the activities of Bateria do Instituto TIM will restart. During the second half of the year, the youths will have 18 meetings and will perform three times to the general public. Besides the traditional annual closing event, which will take place on November 29th, there will be two other presentations, which will include special guests and even professional samba school percussionists. The goal is to promote interaction between the young people, show the work developed throughout the semester and also bring them closer to a percussionist’s routine.

Bateria do Instituto TIM is composed of youths from Rio de Janeiro, aged between 9 and 18 years. They learn to play typical instruments of a samba school percussion band. Most participants are hearing impaired, but there are also youths who are visually impaired, autistic and cognitively disabled and others who do not have any special need. The activities are developed by the percussion master, Mestre Mangueirinha – who was also a technical advisor for the book “Bateria na Escola de Samba” (Percussion in Samba Schools) – and executed with the aid of six monitors and a sign language interpreter. The team uses, among other tools, the “Step” methodology, by Lucas Ciaviatto. This year alone about 50 young people have taken part in the percussion band.

They meet every Saturday at the CMRMC (Artur da Távola Municipal Reference Centre for Rio de Janeiro Music), from 10:30am to 12:30pm. The youths are divided into groups, called suits, organized based on the instruments chosen, among tambourines, repiniques, rattles, snare drums and surdos. At the end of each class, the participants get together to play in an open rehearsal that can be attended by friends and family members.

The last performance took place on June 7th, in the closing event of the first half. It was attended by parents and friends of the participants and by the representative of the National Development Bank (BNDES), André Araújo – who even recorded the band’s performance to show to his BNDES colleagues.