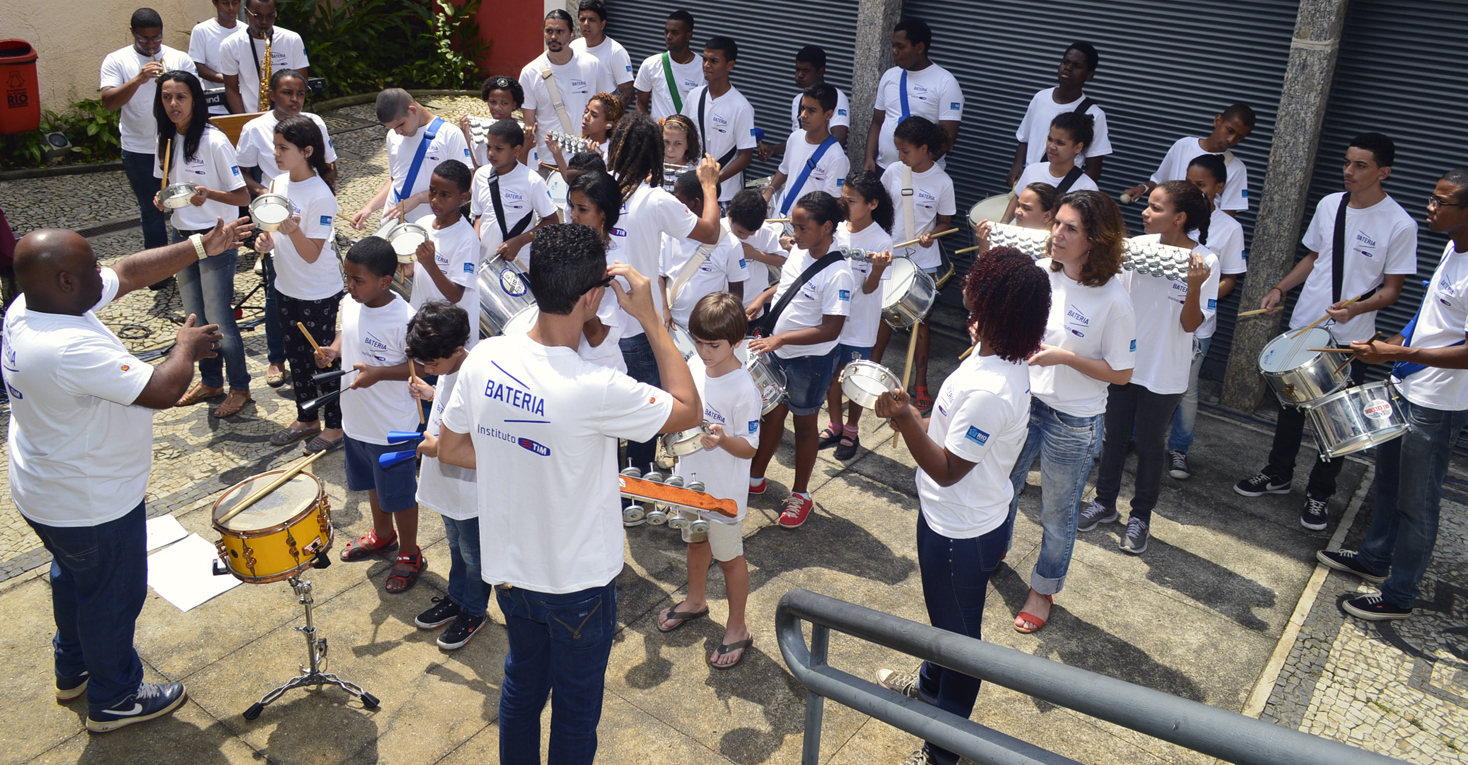 On the morning of September 27th, Bateria do Instituto TIM performed to the public at the garden of the Artur da Távola Municipal Reference Centre for Rio de Janeiro Music, in Rio de Janeiro-RJ. Led by percussion master Mestre Mangueirinha, the children and young participants of the percussion band showed the work that has been developed by the group between March and September of 2014. Approximately 50 people, including family, friends and regulars, attended the event.

Thirty children and youths aged between 6 and 18, six monitors and one sign-language interpreter took part in the presentation. In addition to the members of Bateria do Instituto TIM, the musicians Henrique Machado (tenor saxophone), Eliel Santos (trumpet) and Phillipe Domingues (keyboard) also played during the event. 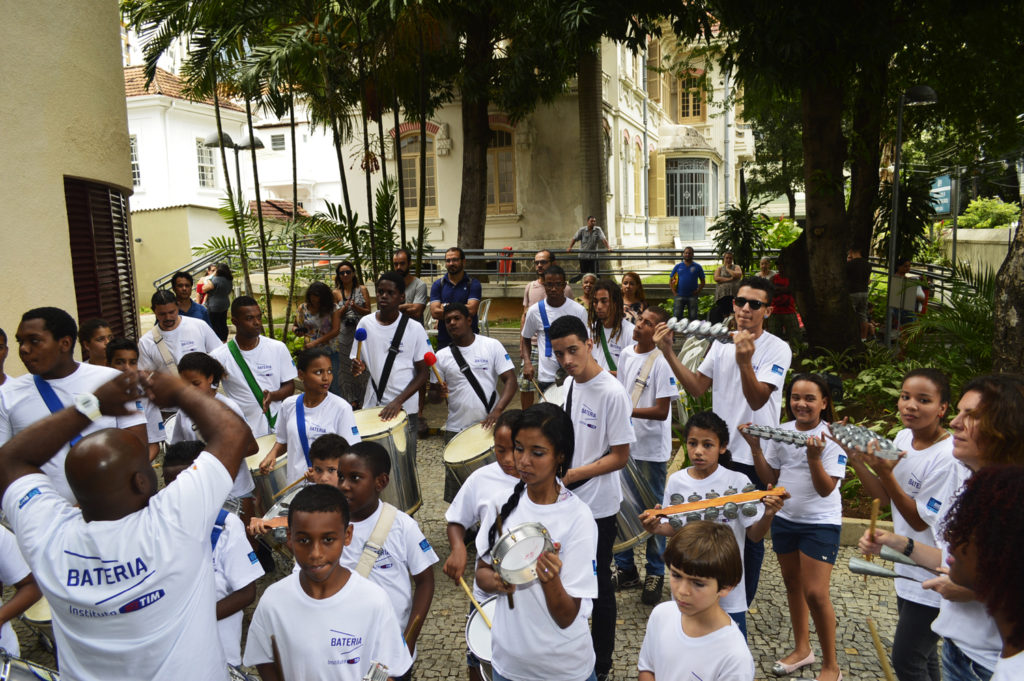