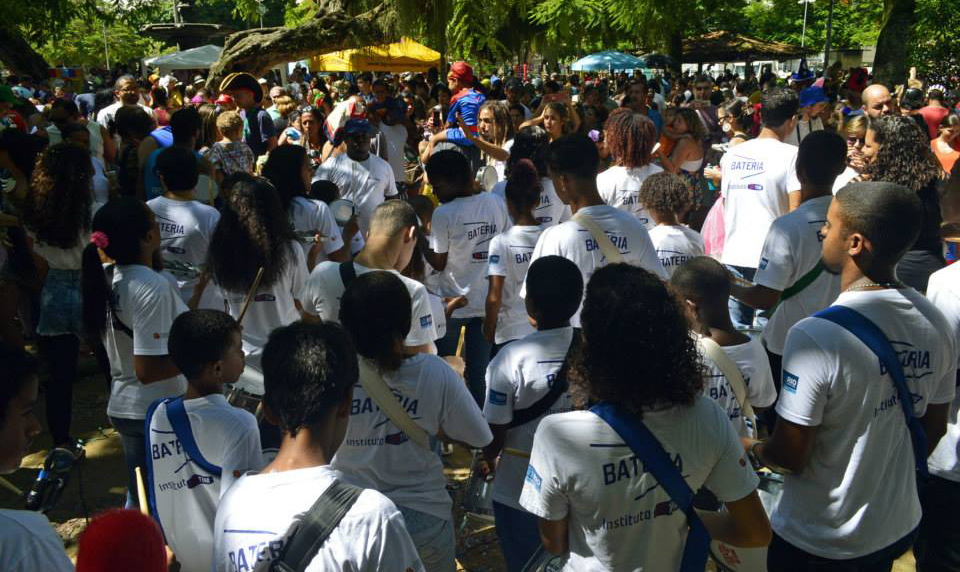 Bateria do Instituto TIM once again participated in Rio de Janeiro’s Carnival. This year, the children and young people of the drumming band were invited to play in the 3rd edition of Mini Bloco, a children’s Carnival parade of Tijuca. The concentration occurred on the morning of February 7th, at Xavier de Brito Square. Over 1,000 people were present at Mini Bloco – among them the sub mayor of Tijuca, Marcio Ribeiro.

The drum percussionists of Bateria do Instituto TIM, under the tutelage of Mestre Mangueirinha, showed several beats of the traditional samba schools of Rio de Janeiro, in addition to having prepared a series of songs related to Carnival. In the first part of the presentation, they presented children’s song in Carnival rhythm, such as “Marcha Soldado”, “Sapo cururu”, “Ciranda cirandinha” and “Alecrim dourado”. In the second part, the drum percussionists played samba (“Tristeza”, “A voz do morro”, “Maracangalha” and “É hoje”) and Carnival songs (“Máscara negra”, “Bandeira branca” and “O teu cabelo não nega”).

There were 35 members of Bateria do Instituto TIM at Mini Bloco, in addition to 6 monitors, 4 musicians (keyboard, saxophone, trumpet and trombone), 2 singers and 1 Brazilian sign language interpreter. 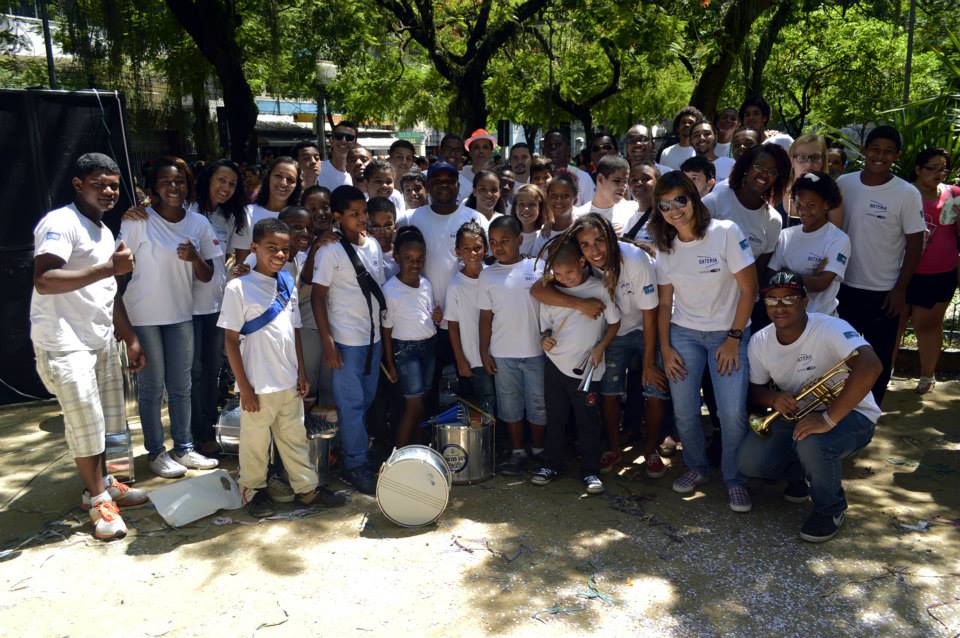