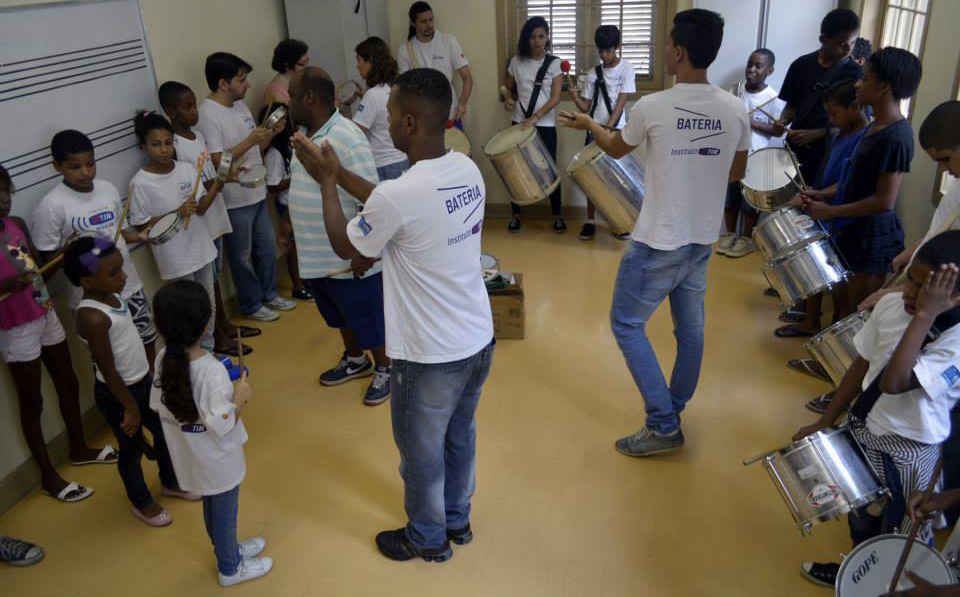 On March 14th, the rehearsals of Bateria do Instituto TIM returned, at the Artur da Távola Municipal Reference Centre for Rio de Janeiro Music, in Rio de Janeiro-RJ. This year, the band led by percussion master Mestre Mangueirinha will have new members. More than 40 children and adolescents aged 9 to 21 years old, including individuals with hearing, visual or mental disabilities, participate in the project.

Although the rehearsals were resumed on March 14th, Bateria do Instituto TIM had already interrupted its break in the beginning of the year to rehearse for pre-Carnival in Rio. The drum percussionists played on February 7th in the 3rd edition of Mini Bloco, a children’s Carnival parade of Tijuca. Around 1,000 people watched Mini Bloco, including the sub mayor of Tijuca, Marcio Ribeiro.

The next open rehearsal of the band is scheduled for April, at the Artur da Távola Municipal Reference Centre for Rio de Janeiro Music. There will also be another two public performances in 2015. 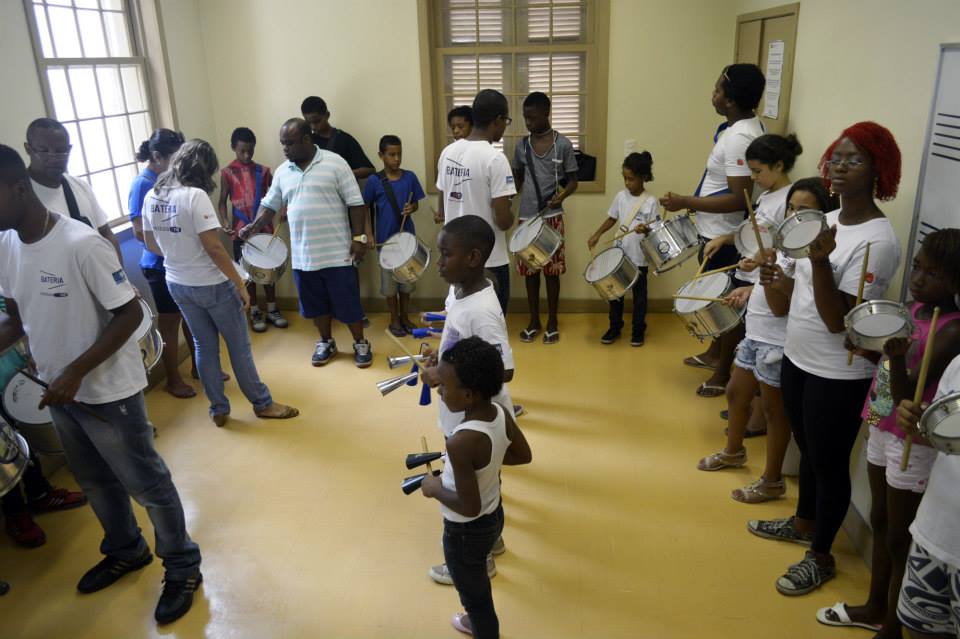 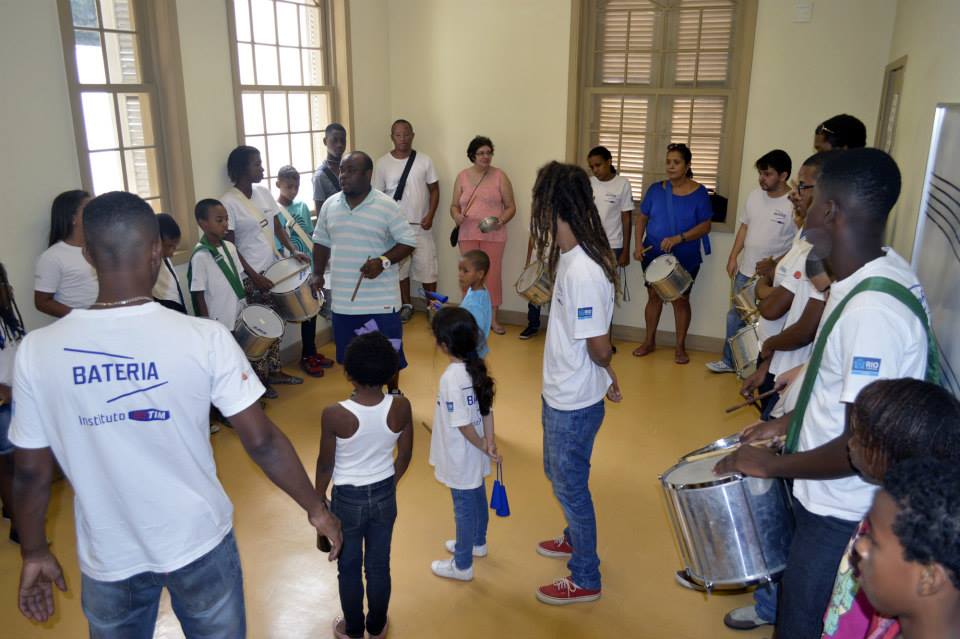