The Tijuca neighborhood, in Rio de Janeiro (RJ), celebrated on June 3rd its 257th anniversary with a day full of cultural and gastronomic attractions in the Saens Peña Square. And the Bateria do Instituto TIM (Instituto TIM Drumming Band) participated of this celebration, with a performance in the morning for about 400 people.

The invitation was made by the Sub-prefecture of Grande Tijuca, due to the work that has been done by the Bateria in the neighborhood – the rehearsals take place at the Artur da Távola Carioca Music Municipal Reference Center. “I feel so happy and grateful when the work of the Bateria is recognized and we can take the kids and youngsters to perform, especially in such a beloved and famous neighborhood in Rio de Janeiro”, says Mestre Mangueirinha, who conducts the percussionists of the Bateria.

The members rehearsed a 12-song repertoire. “Our focus is on samba, but we also like to take a walk throughout Brazil and include other rhythms, such as maracatu, xote and ciranda”, says Mangueirinha. The performance was made by 35 percussionists, six monitors, an interpreter of the Brazilian Sign Language and three guest musicians, and it was a great success. “It was fantastic, the audience was crowded and the parents also participated. It was very cheerful and positive”, he stated.

Mangueirinha explains that the performances are special moments both for the percussionists and for their parents and relatives. “They feel important for being on the stage, playing to a crowd of people. At the end, people cheer, take pictures, congratulate us for our work. The audience doesn’t even notice that there are children with disabilities in the Bateria, only when we tell in the end of the performance. That happens because the integration and the harmony are very big”, he says. 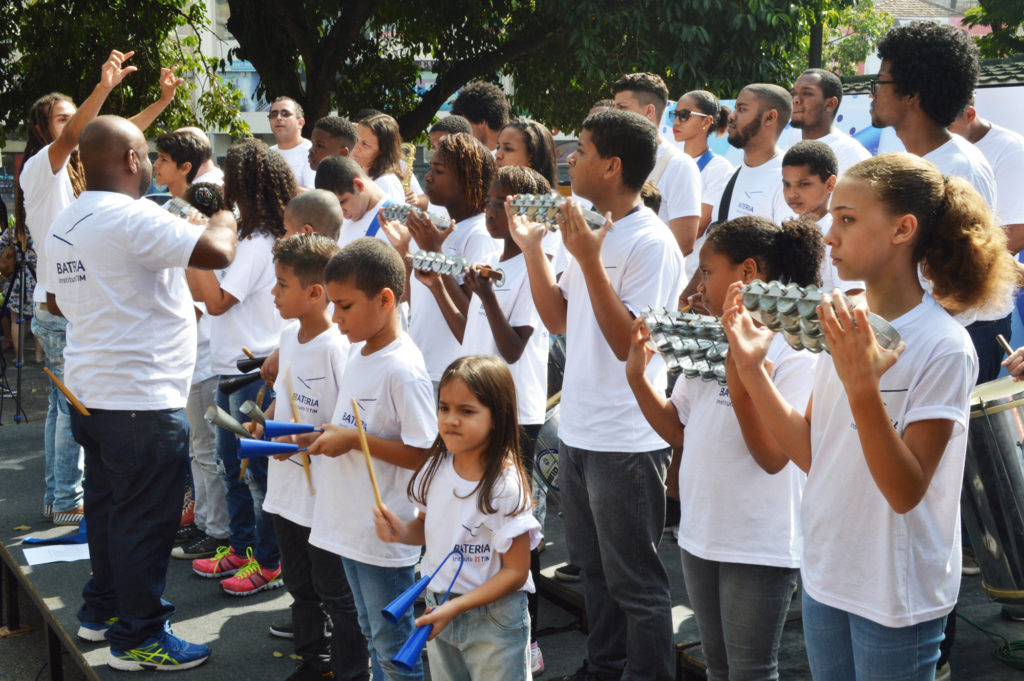 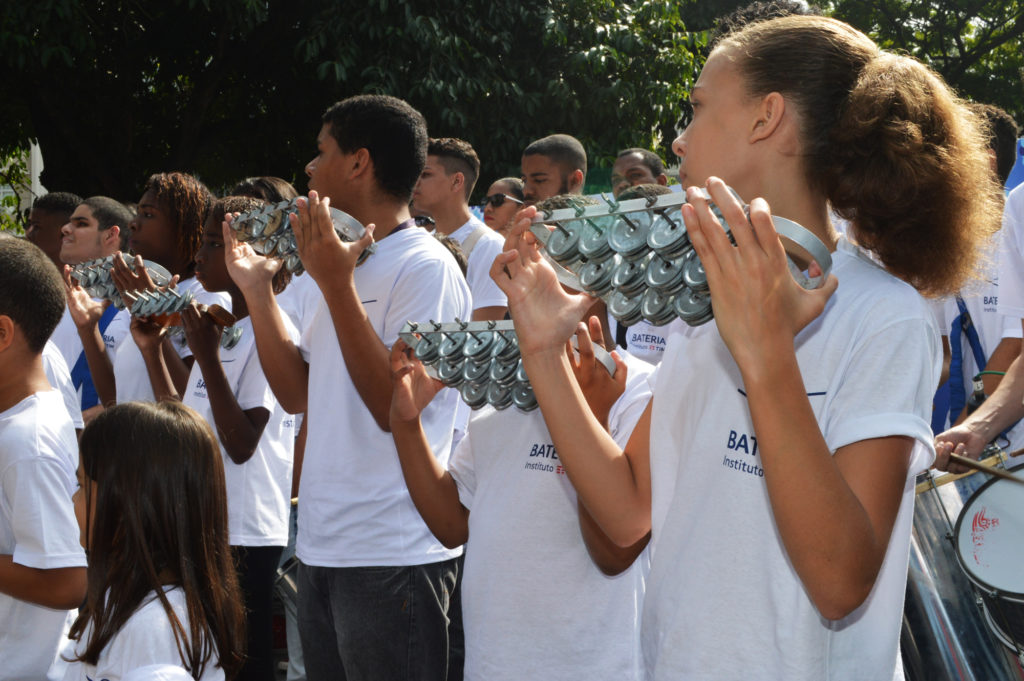 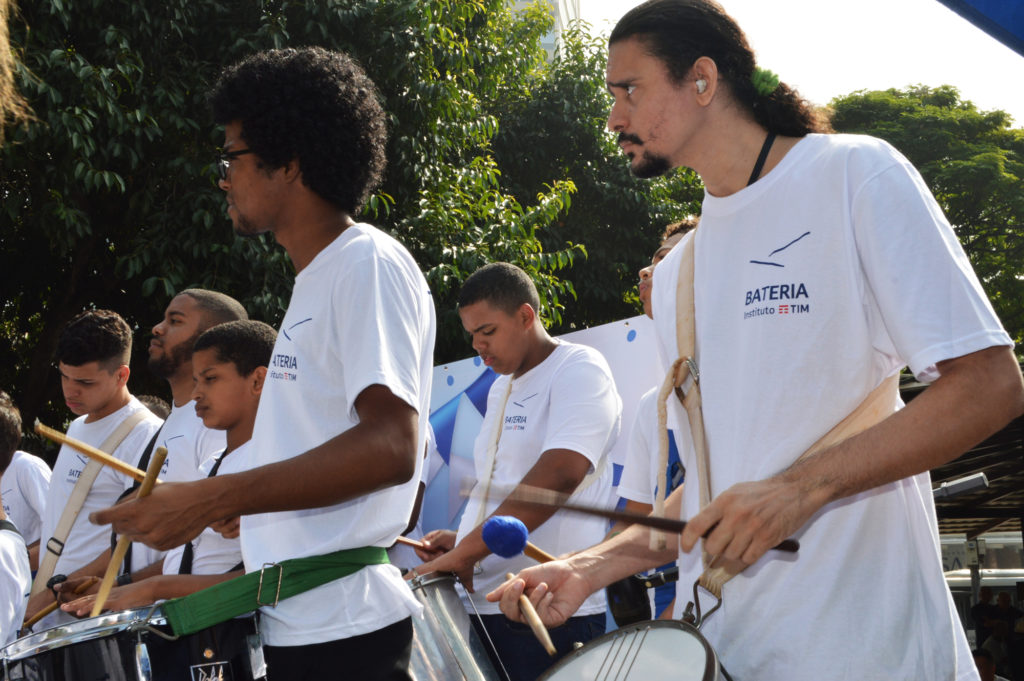 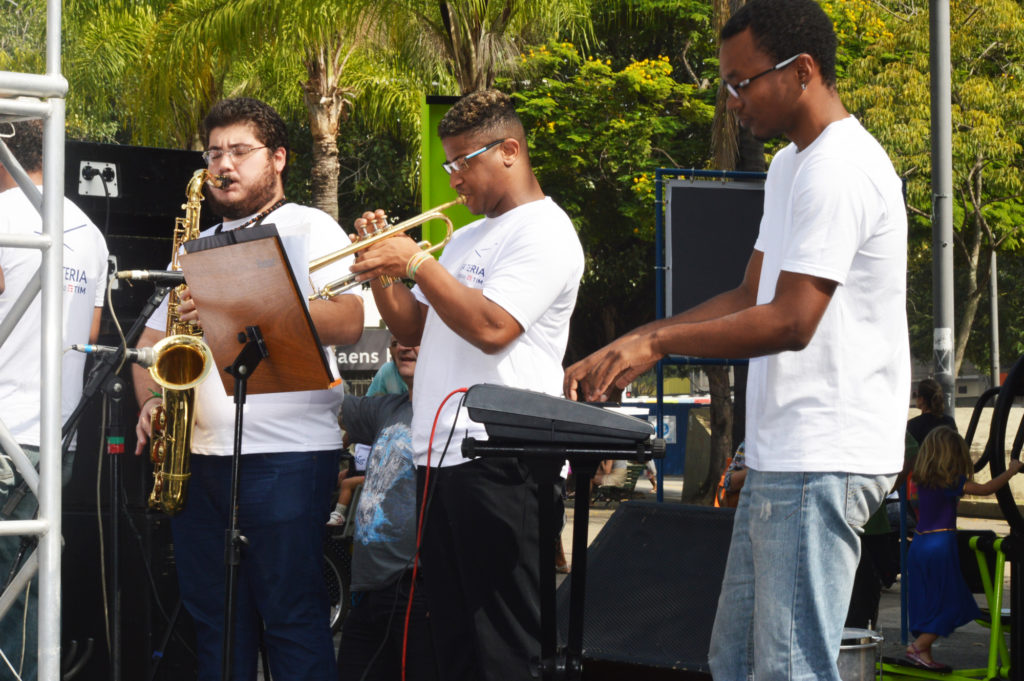 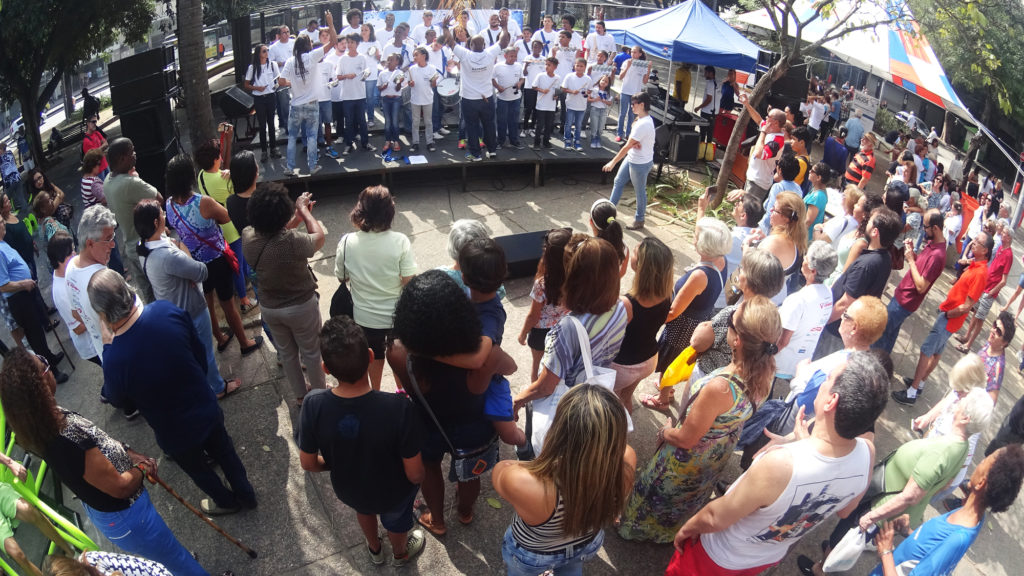