Bateria in the Children’s Day at TIM

The celebration of the Children’s Day at TIM Brazil’s headquarters, in Rio de Janeiro (RJ), had the participation of the Bateria do Instituto TIM (Instituto TIM Drumming Band). The 32 young percussionists, who were conducted by Mestre Mangueirinha, visited the headquarters on October 21st and presented the work developed during the year, that gathered the traditional percussion beats from Rio drumming bands and other Brazilian rhythms.

TIM Brazil’s employees and their children enjoyed the children songs played as carnival marches style and classics of samba, baião and ciranda. The repertoire included songs such as “Maracangalha”, by Dorival Caymmi; “Aquarela do Brasil”, by Ary Barroso; “Ciranda da Rosa Vermelha” and “Morena Tropicana”, by Alceu Valença; and “Xote das Meninas”, by Luiz Gonzaga and Zé Dantas.

The employees’ children also participated in a workshop with Mestre Mangueirinha and the Bateria’s monitors. They showed the sonority of each instrument and talked about the rhythmic diversity of the Brazilian music. In the end of the event, the children were invited to play with the Bateria and close the afternoon with lots of fun. Besides the 32 percussionists and Mestre Mangueirinha, six monitors, an interpreter of Brazilian Sign Language (Libras) and four musicians participated in the event.

The rehearsals of the Bateria do Instituto TIM continues on Saturdays, from 10 to 12 pm, at the Artur da Távola Municipal Reference Centre for Rio de Janeiro Music. The year closing performance will be carried out on November 26th. 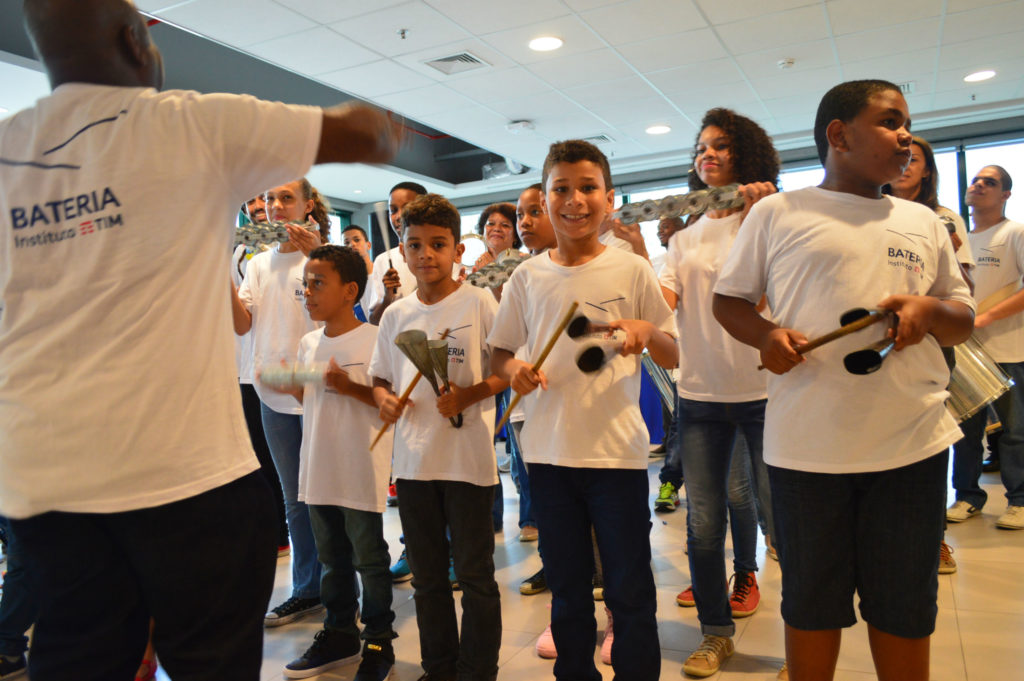 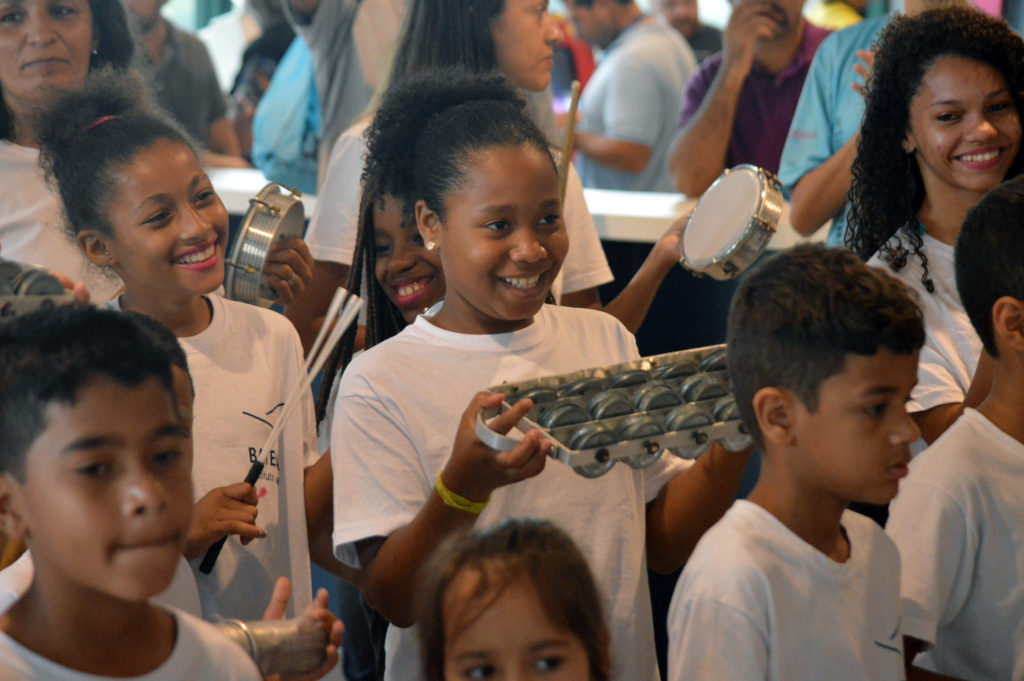 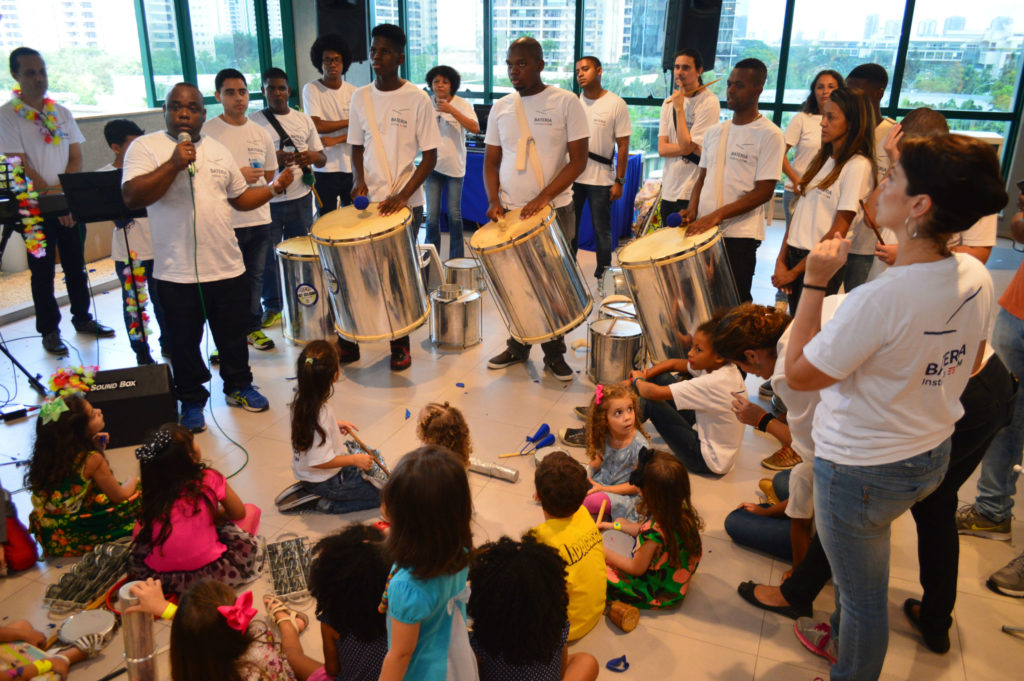 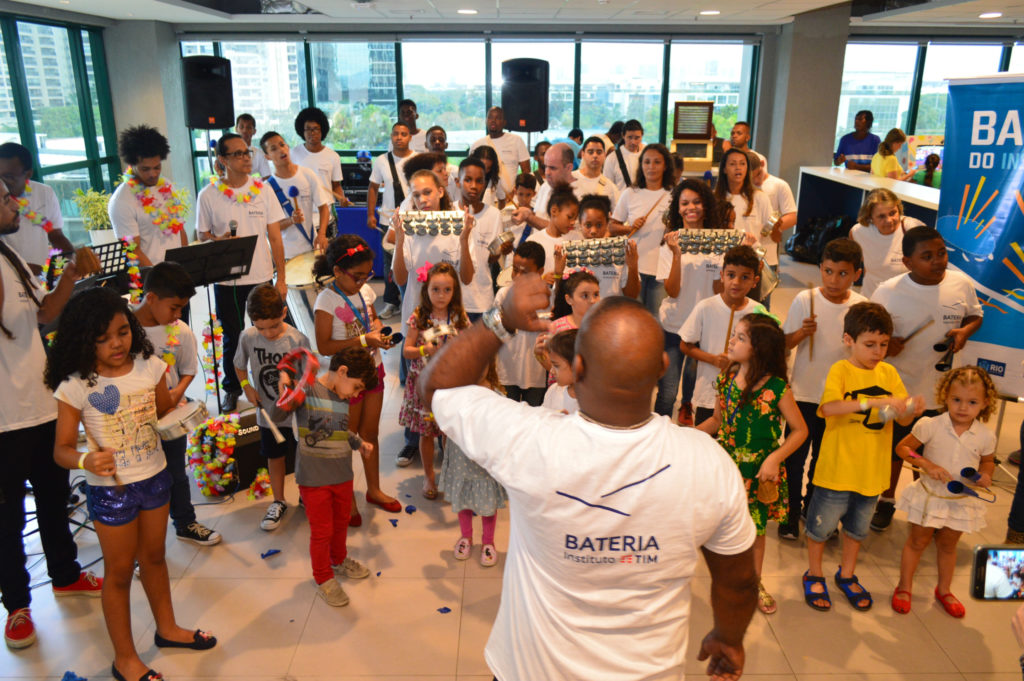